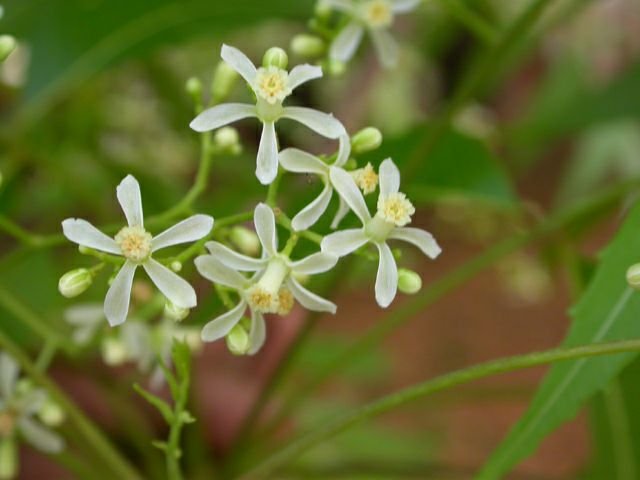 Azadirachta indica, also known as Neem, Nimtree, and Indian Lilac is a tree in the mahogany family Meliaceae.

It is one of two species in the genus Azadirachta, and is native to India and the Indian subcontinent including Nepal, Pakistan, Bangladesh and Sri Lanka.

It is typically grown in tropical and semi-tropical regions. Neem trees now also grow in islands located in the southern part of Iran.

Neem is a Hindi noun derived from Sanskrit Nimba.  Its fruits and seeds are the source of neem oil and the plant has a long history of medicinal use. 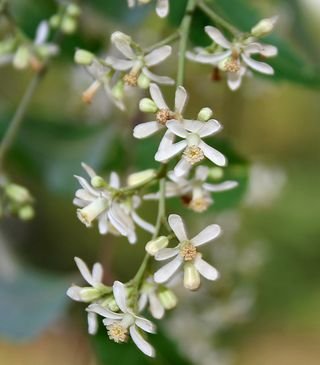 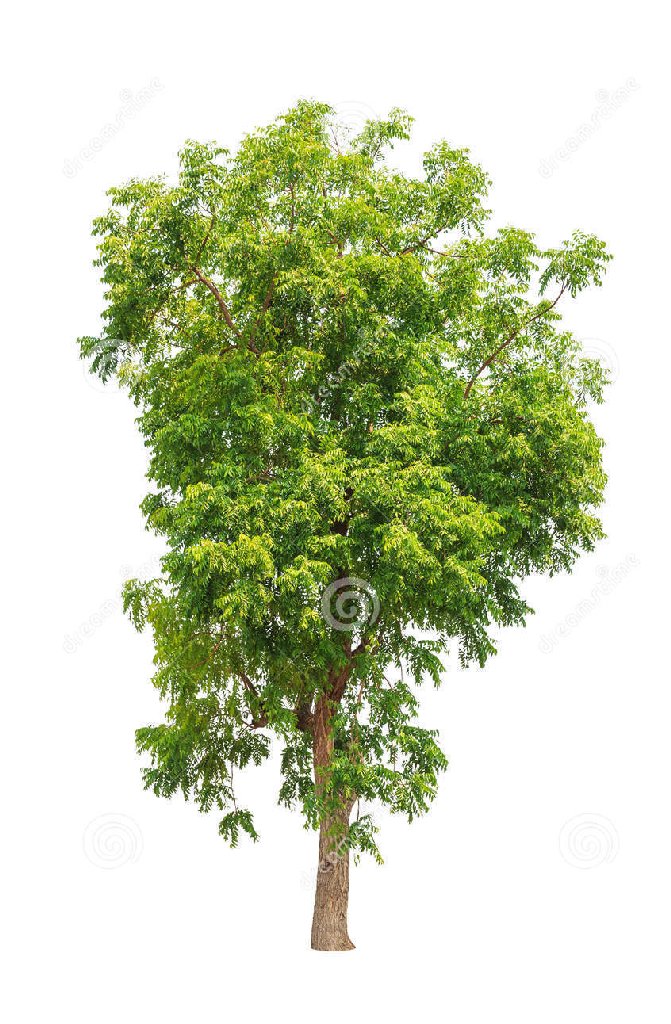 Neem is a fast-growing tree that can reach a height of 15–20 metres (49–66 ft), rarely to 35–40 metres (115–131 ft). It is evergreen, but in severe drought it may shed most or nearly all of its leaves. The branches are wide and spreading. The fairly dense crown is roundish and may reach a diameter of 15–20 metres (49–66 ft) in old, free-standing specimens. The neem tree is very similar in appearance to its relative, the Chinaberry (Melia azedarach).

The (white and fragrant) flowers are arranged in more-or-less drooping axillary panicles which are up to 25 centimetres (9.8 in) long. The inflorescences, which branch up to the third degree, bear from 150 to 250 flowers. An individual flower is 5–6 millimetres (0.20–0.24 in) long and 8–11 millimetres (0.31–0.43 in) wide. Protandrous, bisexual flowers and male flowers exist on the same individual tree. 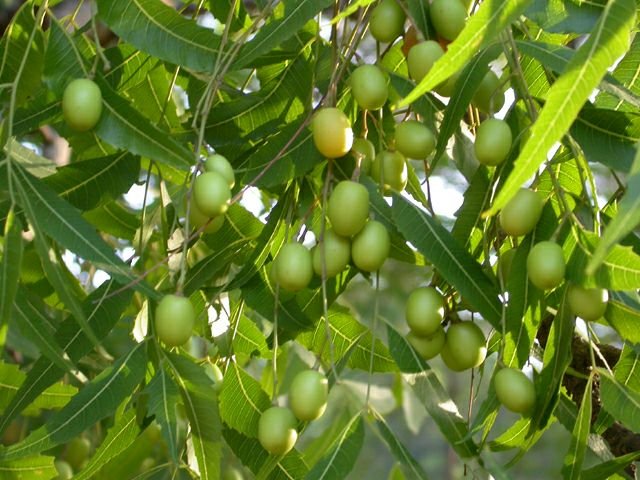 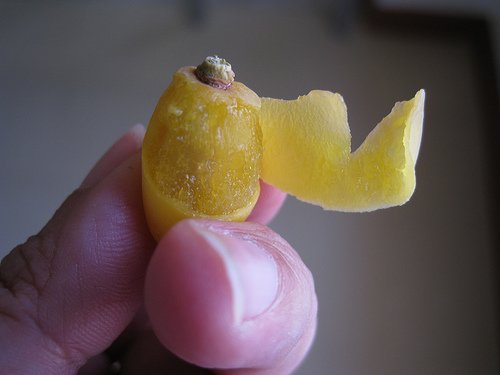 Neem can grow in many different types of soil, but it thrives best on well drained deep and sandy soils. It is a typical tropical to subtropical tree and exists at annual mean temperatures between 21–32 °C (70–90 °F). It can tolerate high to very high temperatures and does not tolerate temperature below 4 °C (39 °F).

Neem is one of a very few shade-giving trees that thrive in drought-prone areas e.g. the dry coastal, southern districts of India and Pakistan. The trees are not at all delicate about water quality and thrive on the merest trickle of water, whatever the quality. In India and tropical countries where the Indian diaspora has reached, it is very common to see neem trees used for shade lining streets, around temples, schools & other such public buildings or in most people's back yards. In very dry areas the trees are planted on large tracts of land. 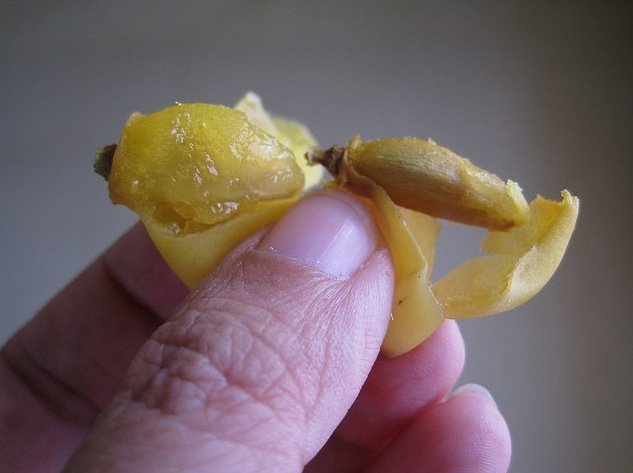 Neem is considered a weed in many areas, including some parts of the Middle East, most of Sub-Saharan Africa including West Africa and Indian Ocean states, and some parts of Australia. Ecologically, it survives well in similar environments to its own.

After being introduced into Australia, possibly in the 1940s,  to provide shade for cattle, trial plantations were established between the 1960s and 1980s in Darwin, Queensland, and Western Australia.  The tree has now spread into the savanna, particularly around waterways, and naturalised populations exist in several areas.  In April 2015, A. indica was declared a class B and C weed in the Northern Territory, Australia, meaning its growth and spread must be controlled and plants or propagules are not allowed to be brought into the NT. 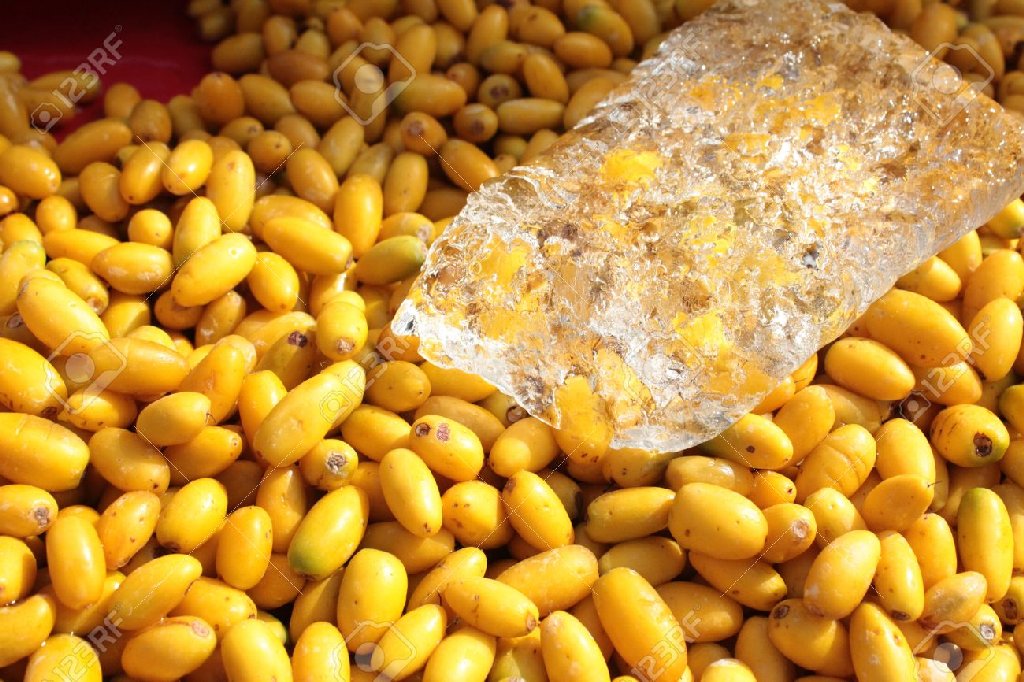 The observations provide details on the medicinal properties of Neem as well as which parts of the plant provide which properties.  We have also included the general analysis of Dr Duke of the whole plant showing its chemical constituents and their activities.

Suffice to say that although biochemists are now analysing the plant methodically, knowledge of the plant’s medicinal value is well known.  Neem is a part of the Ayurvedic medicinal system, for example.  Products made from neem trees have been used in India for over two millennia for their medicinal properties.

Neem products are antiparasitic, antifungal, antibacterial, antiviral, and sedative/pain killing.  In effect it is a true medicine tackling the cause of illness and not just the symptoms, as most western medicine does.

Illness is caused by bacteria, fungi, viruses, toxins such as heavy metals, parasites, radiation, hypoxia, nutritional deprivation, physical damage [including surgery], and pharmaceuticals including vaccines.  It is not possible to heal a person unless you tackle the cause, as such Neem is an essential medicine.  This is why it is considered a major component in siddha medicine and Ayurvedic and Unani medicine.

Some western ‘herbalists’ have cottoned on to the idea that Neem is a useful plant and assumed that the way to administer it is via [expensive] essential oil extracts, which are often of very high strength and indiscriminate in their effects.  Needless to say the result has been a whole host of panic stories about the toxicity of the plant with quotes like these “long-term use may harm the kidneys or liver; in small children, neem oil is toxic and can lead to death. Neem may also cause miscarriages, infertility, and low blood sugar”.

And well it might, but use the plant itself wisely and understand the characteristics of each part of it and you have a very important medicine. 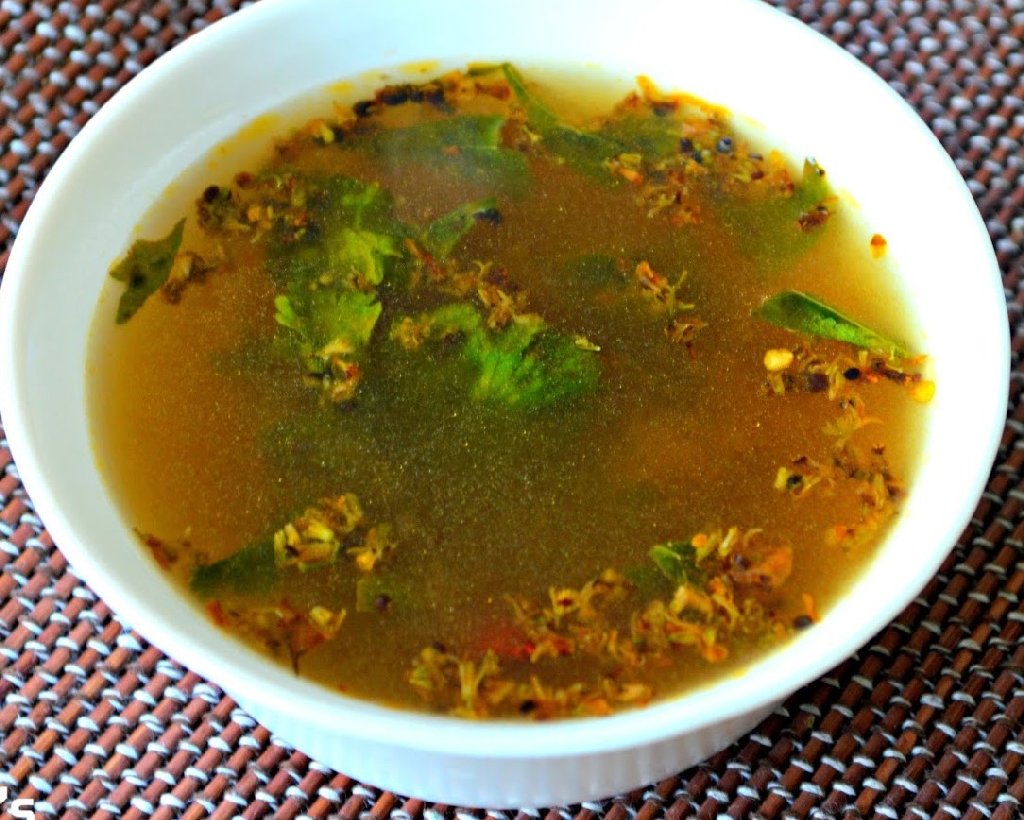 The tender shoots and flowers of the neem tree are eaten as a vegetable in India.

A souplike dish called Veppampoo charu (Tamil) (translated as "neem flower rasam") made of the flower of neem is prepared in Tamil Nadu. In West Bengal, young neem leaves are fried in oil with tiny pieces of eggplant (brinjal). The dish is called nim begun and is the first item during a Bengali meal that acts as an appetizer. It is eaten with rice.

Neem is not regarded as a culinary delight, but the point of all these recipes and ways of preparing the plant is that all these peoples know of its medicinal value - and a 'spoon full of sugar helps the medicine go down'.