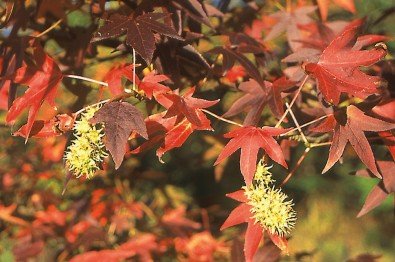 Liquidambar, commonly called sweetgum (sweet gum in the UK), gum, redgum, satin-walnut or storax, is a genus of flowering plants in the family Altingiaceae, though formerly often treated in the Hamamelidaceae.

Both the scientific and common names refer to the sweet resinous sap (liquid amber) exuded by the trunk when cut.

It is a very old species of tree.  This genus is known from the fossil records from the Cretaceous to the Quaternary (age range: 99.7 to 0.781 million years ago).  The genus was much more widespread in the Tertiary Than it is today. There are several fossil species of Liquidambar, showing its relict status today. 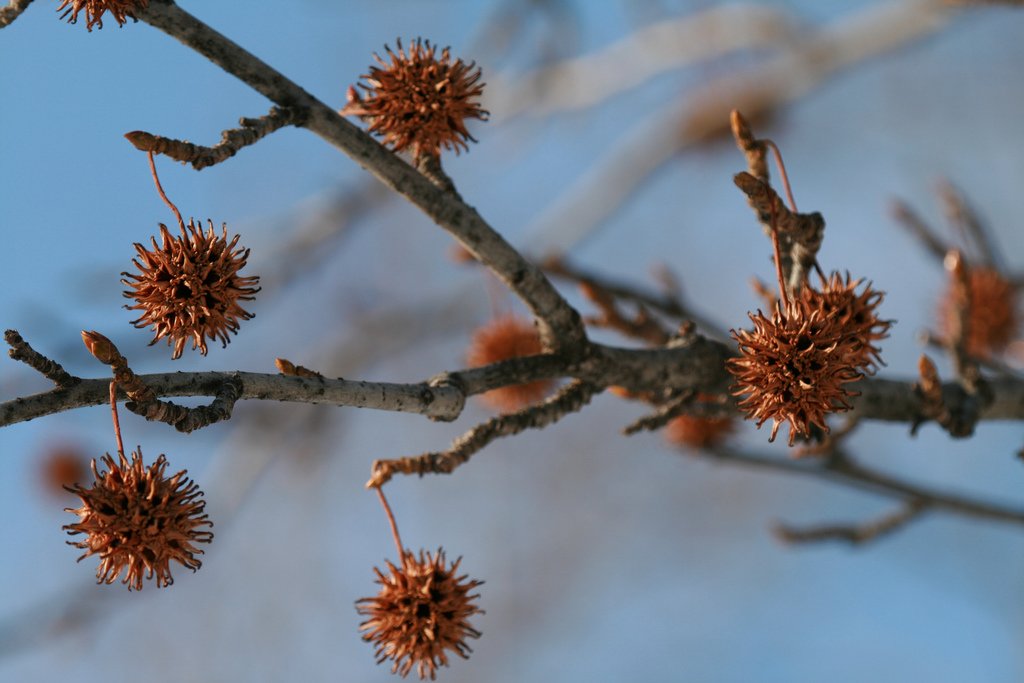 Liquidambar are all large, deciduous trees, 25–40 metres (82–131 ft) tall, with palmately 3- to 7-lobed leaves arranged spirally on the stems and length of 12.5 to 20 centimetres (4.9 to 7.9 in), having a pleasant aroma when crushed. Their leaves can be many colors such as bright red, orange and yellow.

The fruit is a woody multiple capsule 2–4 centimetres (0.79–1.57 in) in diameter (popularly called a "gumball"), containing numerous seeds and covered in numerous prickly, woody armatures, possibly to attach to fur of animals. The trees drop their hard, spiky seedpods in the fall by the hundreds.

The woody biomass is classified as hardwood. 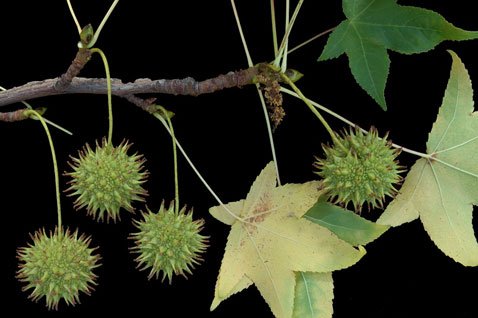 Species within this genus are widespread in China, Korea, Thailand, Taiwan, Laos, Vietnam, Turkey, Rhodes, North America and Mexico up to Honduras.  It has disappeared from Europe due to the once extensive glaciation in the north and the east-west oriented Alps and Pyrenees. It also disappeared from western North America due to climate change, and also from the unglaciated (but nowadays too cold) Russian Far East.

Both the essential oils of Liquidamber and those of Valerian  are being investigated for their potential use as fumigants against the Japanese termite (Reticulitermes speratus). 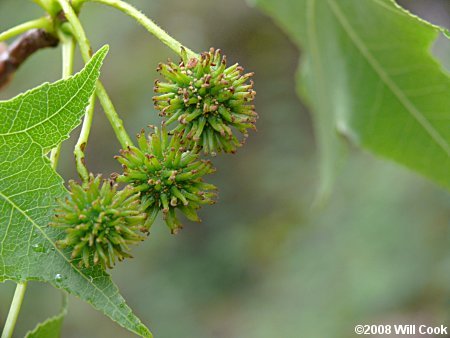 The wood is used for furniture, interior finish, paper pulp, veneers and baskets of all kinds. The heartwood once was used in furniture, sometimes as imitation mahogany or Circassian walnut. It is used widely today in flake and strand boards. The American sweetgum is widely planted as an ornamental, not only within its natural range.

Friar's Balsam contains Cape aloes and liquidambar resin along with Benzoin resin -  a balsamic resin obtained from the bark of several species of trees in the genus Styrax. It was invented by Dr Joshua Ward around 1760.

It was and is used as an inhalant.  It is inhaled in steam as a treatment for various conditions including bronchitis and colds. It is also used for a variety of nose problems including sinusitis, as its bacterial action helps to fight the bacterial infection.

The hardened sap, or gum resin, excreted from the wounds of the sweetgum, for example the American sweetgum (Liquidambar styraciflua), can be chewed on like chewing gum and has been long used for this purpose in Southern United States. The sap was believed to be a cure for sciatica, weakness of the nerves, etc.

In Chinese herbal medicine, lu lu tong, or "all roads open," is the hard, spiky fruit of the native sweetgum species. It first appeared in the medical literature in Omissions from the Materia Medica, by Chen Cangqi, in 720 AD. Bitter in taste, aromatic, and neutral in temperature, lu lu tong is said to ‘promote the movement of blood and qi, water metabolism and urination, expels wind, and unblocks the channels’. It is an ingredient in formulas for epigastric distention or abdominal pain, anemia, irregular or scanty menstruation, low back or knee pain and stiffness, edema with difficult urination, or nasal congestion. 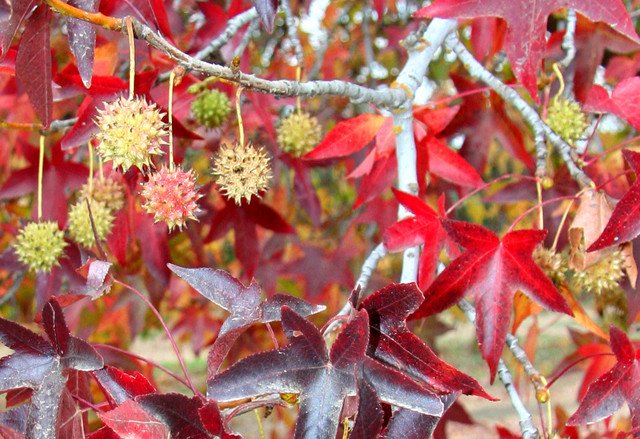