Terminalia catappa is a large tropical tree in the leadwood tree family, Combretaceae, that grows mainly in the tropical regions of Asia, Africa, and Australia.

T. catappa is widely grown in tropical regions of the world as an ornamental tree, grown for the deep shade its large leaves provide. The fruit is edible, tasting slightly acidic.

The wood is red and solid, and has high water resistance; it has been used in Polynesia for making canoes.

But it also has important medicinal properties which can be seen from the observations and Dr Duke’s analysis. 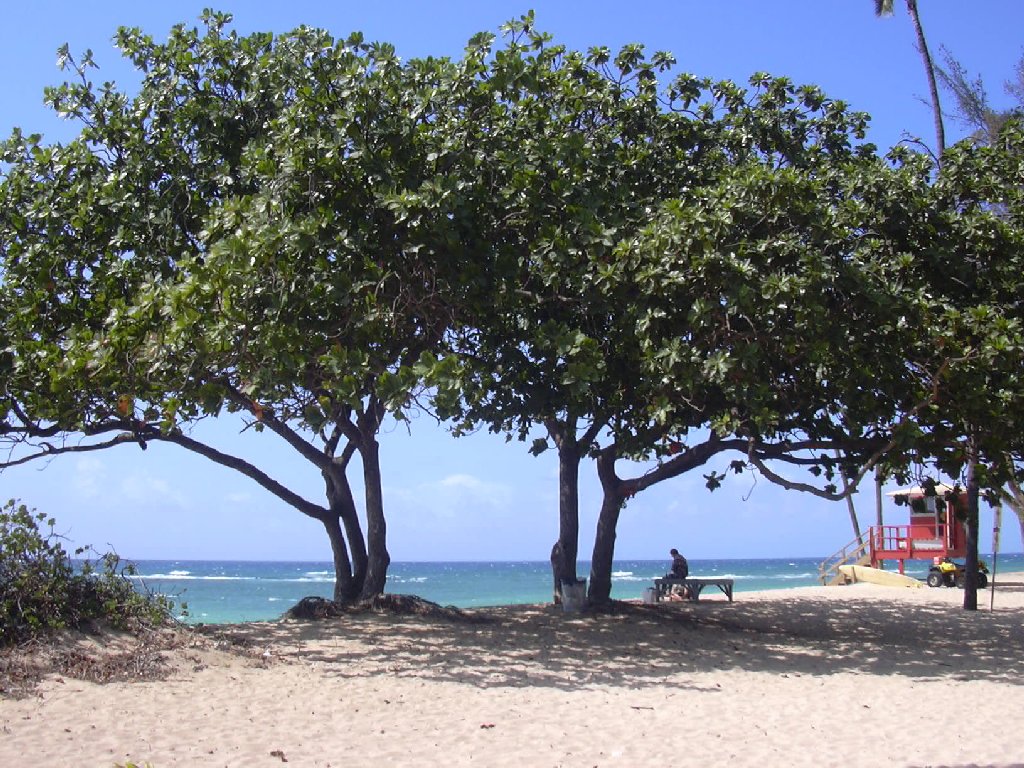 The tree has been spread widely by humans, so the native range is uncertain. It has long been naturalised in a broad belt extending from Africa to northern Australia and New Guinea through Southeast Asia and Micronesia into the Indian Subcontinent. More recently, the plant has been introduced to parts of the Americas. Until the mid 20th century, the tree was extensively used in Brazilian urban landscaping, as, being a rare tropical deciduous tree, their fallen leaves gave a "European" air to the street. This practice has been abolished, and the "amendoeiras" are being replaced by native, evergreen trees.

The tree grows to 35 m (115 ft) tall, with an upright, symmetrical crown and horizontal branches.  As the tree gets older, its crown becomes more flattened to form a spreading, vase shape. Its branches are distinctively arranged in tiers.

Terminalia catappa has corky, light fruit that are dispersed by water. The seed within the fruit is edible when fully ripe, tasting almost like almond.  The fruit is a drupe 5–7 cm (2.0–2.8 in) long and 3–5.5 cm (1.2–2.2 in) broad, green at first, then yellow and finally red when ripe, containing a single seed.

The trees are monoecious, with distinct male and female flowers on the same tree. Both are 1 cm (0.39 in) in diameter, white to greenish, inconspicuous with no petals; they are produced on axillary or terminal spikes.

The leaves contain several flavonoids (such as kaempferol or quercetin), several tannins (such as punicalin, punicalagin or tercatin), saponines and phytosterols. Due to this chemical richness, the leaves (and the bark) are used in different herbal medicines for various purposes.

For instance in Taiwan, fallen leaves are used as an herb to treat liver diseases. In Suriname, an herbal tea made from the leaves is prescribed against dysentery and diarrhoea. 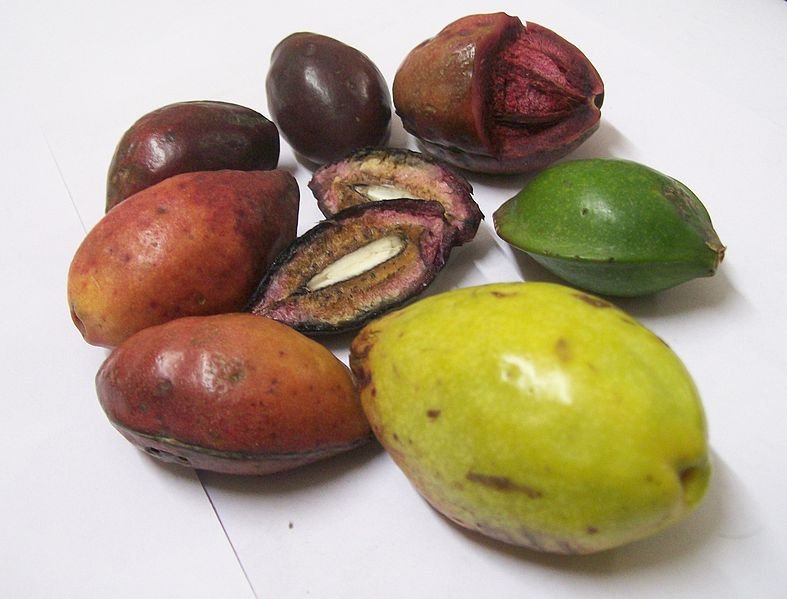