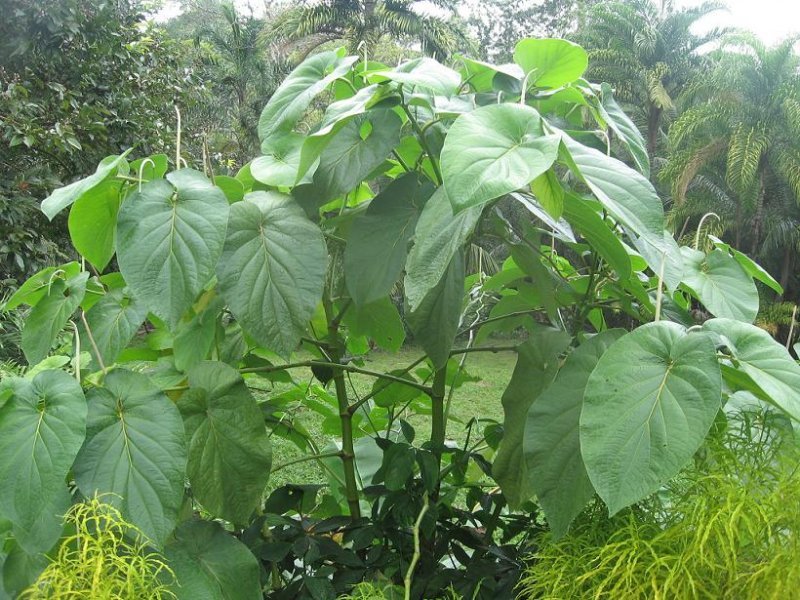 Hoja santa (Piper auritum) is an aromatic herb with a heart-shaped, velvety leaf which grows in tropic Mesoamerica.

It is native to the Americas, from northern South America to Mexico, and is also cultivated in southeast Florida.

Piper auritum is a perennial which can grow to 10 ft .  The leaves can reach up to 30 centimeters (12 in) or more in size.  Small white spikes of flowers appear in the summer.   This attractive plant holds its large leaves horizontally around one or more thick central stalks. 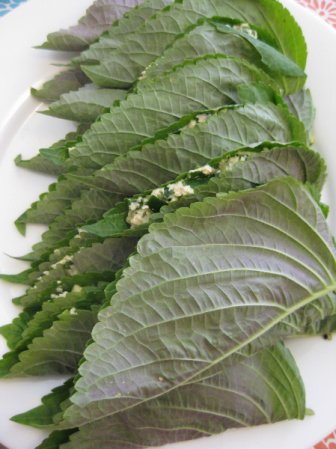 Piper auritum has found use medicinally for both headaches and stomach aches – the observations provide more details.

The leaf contains safrole and the FDA in the USA have decided safrole poses a health risk.  We have a section on safrole that you can read so that you can make up your own mind.

Dr Duke's analysis of Hoja Santos shows it contain good levels of minerals and some important Vitamins such as Vitamin C and Beta carotene. 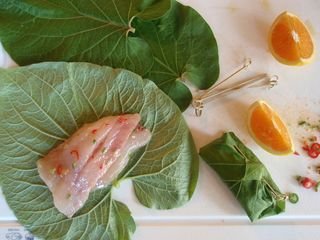 While typically used fresh, it is also used in dried form, "although drying removes much of the flavour and makes the leaf too brittle to be used as a wrapper".

The complex flavour of hoja santa is not so easily described; “it has been compared to a mixture of eucalyptus, liquorice, sassafras, anise, nutmeg, mint, tarragon, and black pepper”!  The flavour is stronger in the young stems and veins.

Hoya santa is often used in Mexican cuisine for tamales, the fish or meat wrapped in fragrant leaves for cooking, and as an essential ingredient in mole verde, the green sauce originated in the Oaxaca region of Mexico.  It is also chopped to flavour soups, such as pozole, and eggs.

The leaves are big enough to hold small wrapped packets enclosing pieces of food.  But in addition to being used as wrappers these are often pureed with other ingredients in sauces. 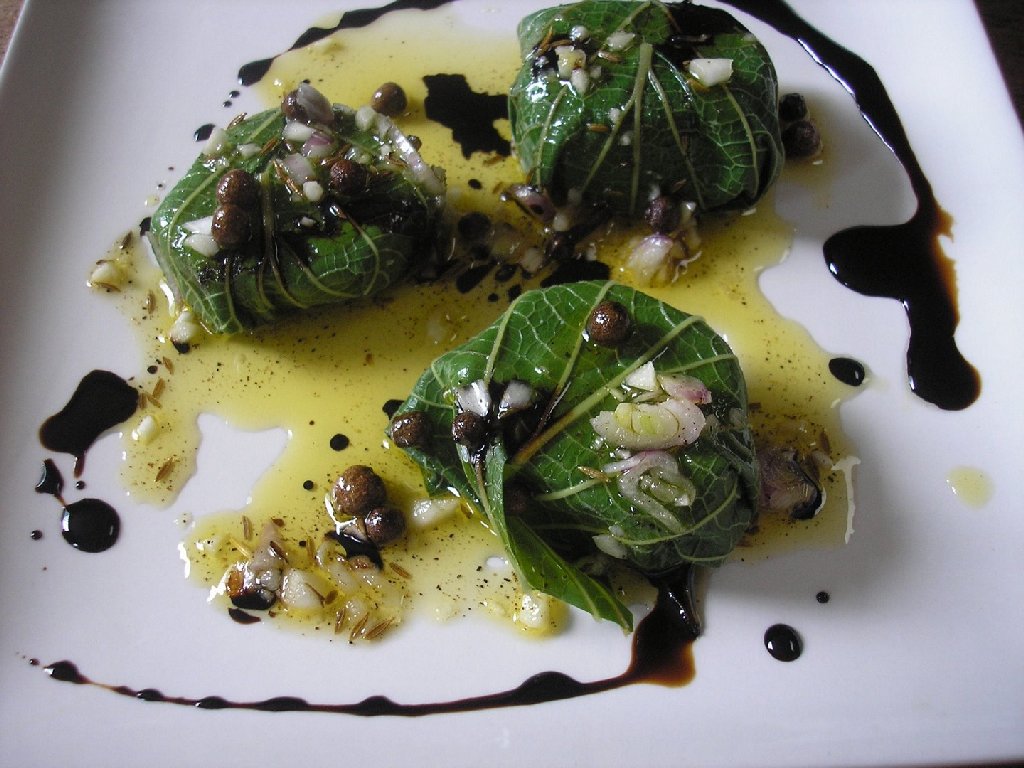 Because they can be tough, Hoja Santa leaves are not good in salads. They need to be cooked, but they keep their flavour and remain green when heated.  A famous recipe from the Veracruz province (where the spice is particularly popular) is Pescado en Hoja Santa; fish wrapped in pepper leaves, baked and served with a spicy tomato sauce.

In Central Mexico, it is used to flavour chocolate drinks.  In southeastern Mexico, a green liquor called Verdín is made from hoja santa. It is also used for tea.