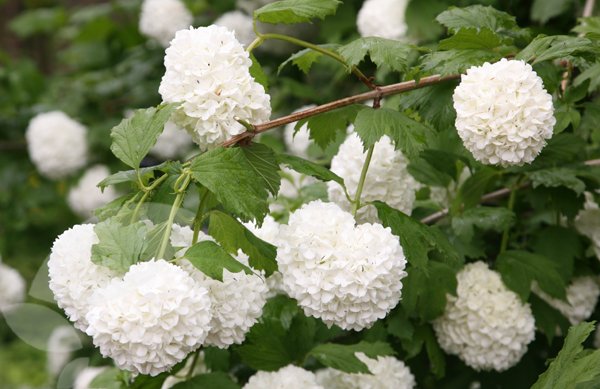 Viburnum opulus - common name guelder-rose -  is a species of flowering plant in the family Adoxaceae (formerly Caprifoliaceae) native to Europe, northern Africa and central Asia.  It is naturalised in North America, where it is called "European cranberrybush" (although it is not a cranberry).

Viburnum opulus (Kalyna) is one of the National symbols of Ukraine. Mentions of the bush can be found throughout Ukrainian folklore in songs, art, and Ukrainian embroidery. Chervona Kalyna was the anthem of the Ukrainian Insurgent Army.

The bush's symbolic roots can be traced to the Slavic paganism of millennia ago. According to a legend Kalyna was associated with the birth of the Universe, the so-called Fire Trinity: the Sun, the Moon, and the Star.   Its berries symbolize blood and the undying trace of family roots. Kalyna is often depicted on Ukrainian embroidery: towels and shirts. In Slavic paganism kalyna also represents the beauty of a young lady which rhymes well in the Ukrainian language: Ka-ly-na - Div-chy-na.  That consistency was reviewed by numerous Ukrainian folklorists such as Nikolay Kostomarov, Oleksandr Potebnia (founder of the Kharkiv Linguistic School). 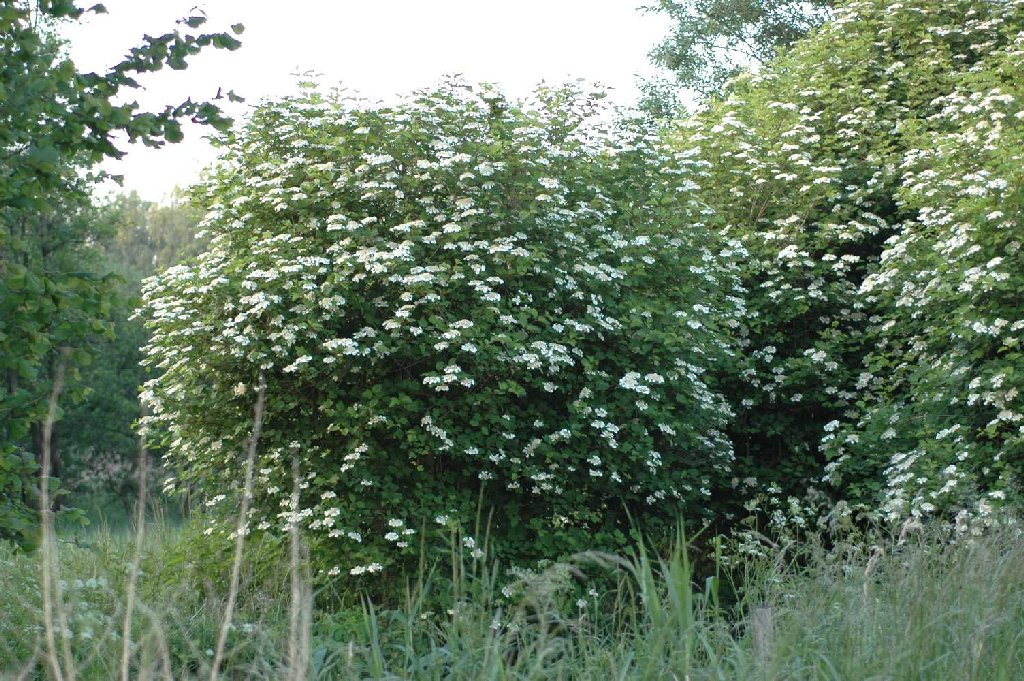 The leaves are opposite, three-lobed, 5–10 cm (2–4 in) long and broad, with a rounded base and coarsely serrated margins; they are superficially similar to the leaves of some maples, most easily distinguished by their somewhat wrinkled surface with impressed leaf venation. The leaf buds are green, with valvate bud scales.

The hermaphrodite flowers are white, produced in corymbs 4–11 cm (2–4 in) in diameter at the top of the stems; each corymb comprises a ring of outer sterile flowers 1.5–2 cm in diameter with conspicuous petals, surrounding a center of small (5 mm), fertile flowers; the flowers are produced in early summer, and pollinated by insects.

The fruit is a globose bright red drupe 7–10 mm diameter, containing a single seed. The seeds are dispersed by birds. 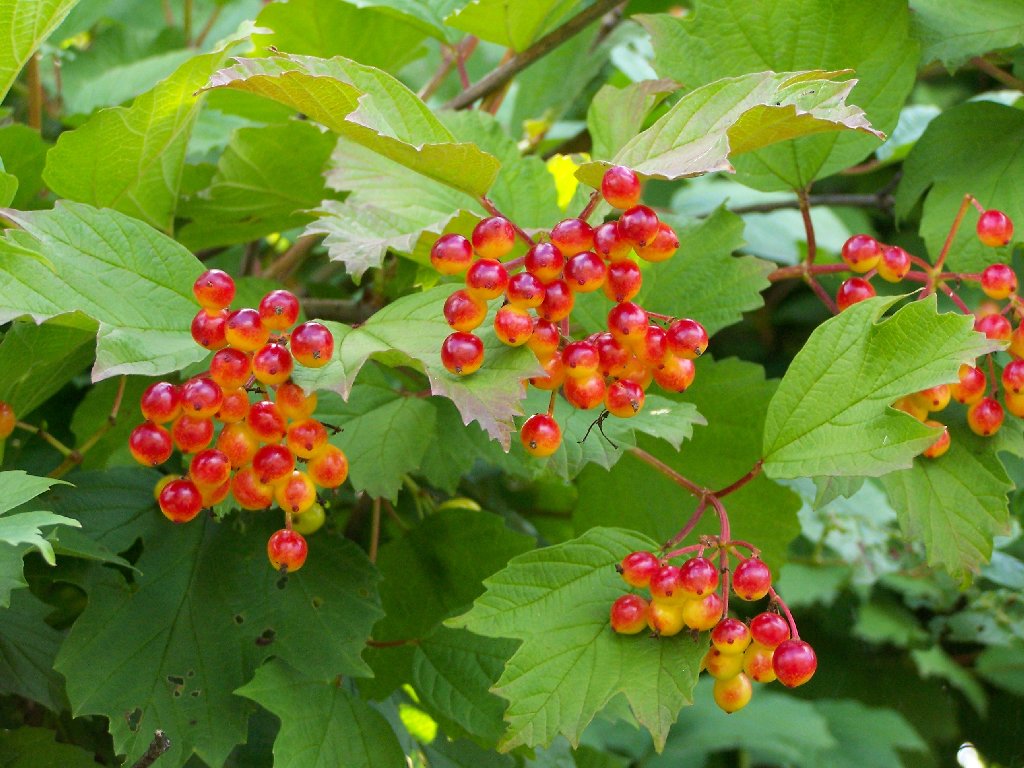 V. opulus is grown as an ornamental plant for its flowers and berries, growing best on moist, moderately alkaline soils, though tolerating most soil types well. Several cultivars have been selected, including 'Roseum' (synonym 'Sterile', 'Snowball'), in which all the flowers are only of the larger sterile type, with globular flower heads. There is some confusion, as there are a few other plants, including other members of the Viburnum genus, also referred to as "snowball bush".

The shrub is also cultivated as a component of hedgerows, cover plantings, and as part of other naturalistic plantings in its native regions.

The cultivars 'Compactum', 'Roseum' and 'Xanthocarpum' have gained the Royal Horticultural Society's Award of Garden Merit.

The term ‘cramp bark’ is related to the bark's ability to reduce smooth muscle tightness. It is called cramp bark as relieving this type of muscle tightness is most often associated with relieving women's menstrual (period) cramps. However, this can also be used during pregnancy for cramps or pain and general muscle cramping.