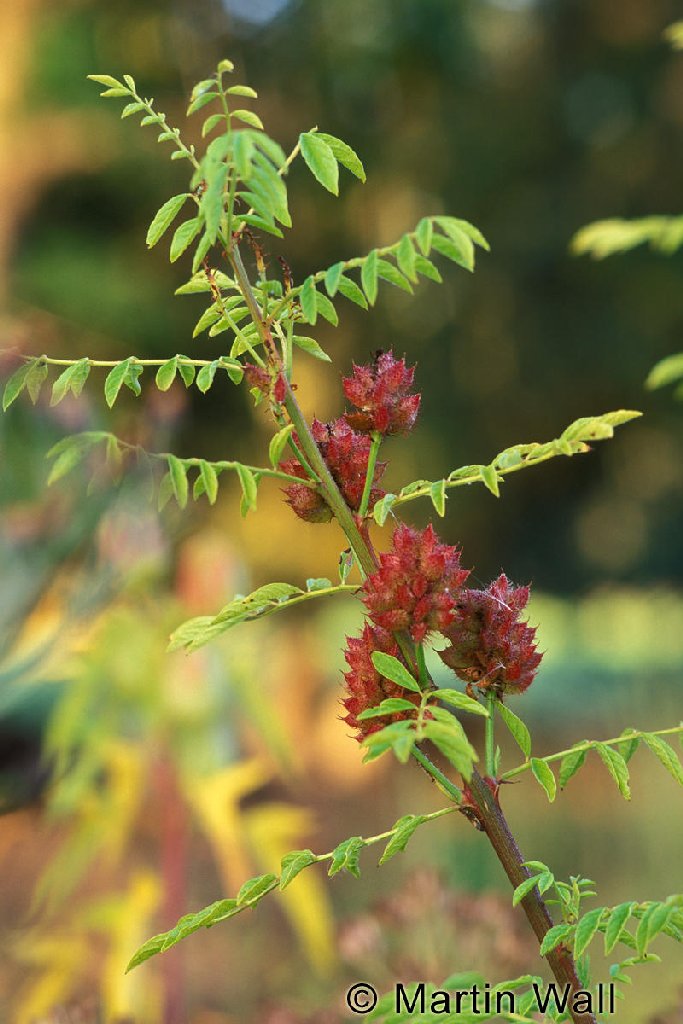 Glycyrrhiza uralensis, also known as Chinese liquorice, is a flowering plant native to Asia, which is used in traditional Chinese medicine.

It can be found in meadows, riparian woodlands and solonetzic slopes in Siberia, Mongolia, China and Japan.

Liquorice root, or 'radix glycyrrhizae', is one of the 50 fundamental herbs used in traditional Chinese medicine, where it has the name gan cao (kan-tsao; Chinese: 甘草, pinyin: gāncǎo).

It is usually collected in spring and autumn, when it is removed from the rootlet and dried in the sun.

Liquorice root is most commonly produced in the Shanxi, Gansu and Xinjiang regions of China. 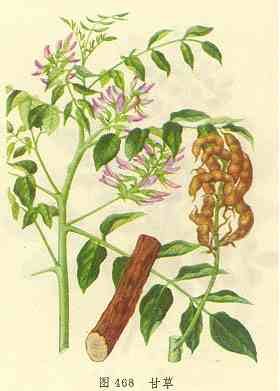 This species is widely cultivated in China as a medicinal plant. Unless seed is required, the plant is usually prevented from flowering so that it puts more energy into producing good quality roots. A very deep-rooted plant, it can be difficult to eradicate once it is established.  It requires a deep well cultivated fertile moisture-retentive soil for good root production and prefers a sandy, slightly alkaline soil to produce the best plants.

The flowers are hermaphrodite (have both male and female organs) and it is in flower from June to August, the seeds ripen from July to October.

This species has a symbiotic relationship with certain soil bacteria, the bacteria form nodules on the roots and fix atmospheric nitrogen. Some of this nitrogen is utilized by the growing plant but some can also be used by other plants growing nearby, so it is also a good companion plant.

The following is rather unusual for Wikipedia, who normally stick to the physical and not the lyrical, but this is rather nice:

A long time ago, there was an old doctor with excellent medicine skills. He opened his medical office in his home with a few students as assistants. One time, he had to leave home for a couple of days, and before the old doctor left, he gave his students several drug packages in order for them to help out with the home patients. The old doctor did not return home on time, and the medicine he left for his students were running out, and there were still many patients to cure. In the backyard, however, there were some chopped and dried grasses used for boiling the water left, so the students administered them to the patients and told them that it was their teacher’s medicine. Magically, the patients who were suffering from spleen and stomach problems, coughing phlegm, or with sore throats and ulcers were cured from this medicine. These dried grasses were liquorice roots. Since then, liquorice roots have been widely used in Chinese medicine and healing. 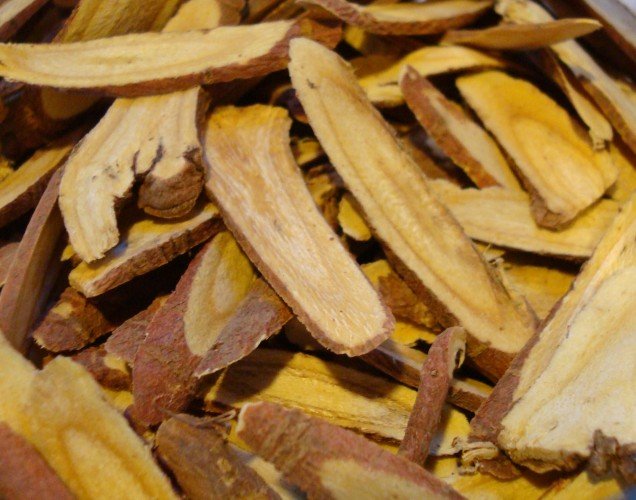 As well as traditional Chinese medicine, liquorice root is used in Greco-Arab and Unani medicines, as well as in the traditional medicines of Mongolia, Japan, Korea, Vietnam, Pakistan, India and other Asian nations. Its Arabic name is 'Asal-as-Soos' and in Pakistan / India it is referred as 'Mulethi'. The Greco-Arab (Unani) Medicine recommend its oral use after the removal of the external layer to avoid side effects.

Gan cao has extremely extensive medicinal properties, in much the same way that liquorice itself does.  It has been used as an Antidote for Aluminum, Cadmium, Camphor, Lead and Morphine poisoning or overdose.

It has anti-parasitic and antibacterial activity.  And as a consequence also has anticancer potential in those cancers caused by toxins, parasites and bacteria.  It is also active against Lyme’s disease and malaria.

It has antiviral activity and, according to Dr Duke is Antiherpetic, Antivaccinia,  and AntiHIV 0.6 mM 14.8 uM EC50=2.0 ug/ml IC50=6.5 ug/ml .  Note that not all these activities will show up in the observations, as it depends largely on the number of chemicals or the amount of chemicals in the plant that determine their presence in the lists of Dr Duke.

At moderate doses, according to Dr Duke, it is Cardioprotective 3,000-5,000 mg, but at higher doses it is Cardiotoxic 18,000 mg/man/day, thus the dose is important – plant not supplements.

More details can be found in the observations. 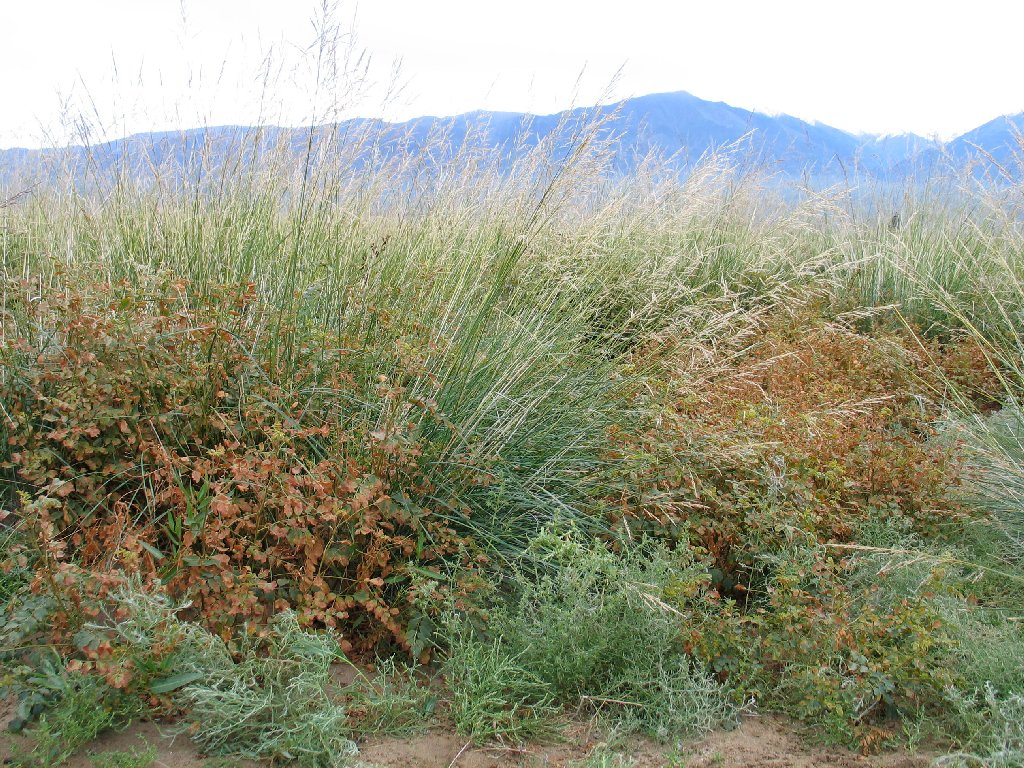 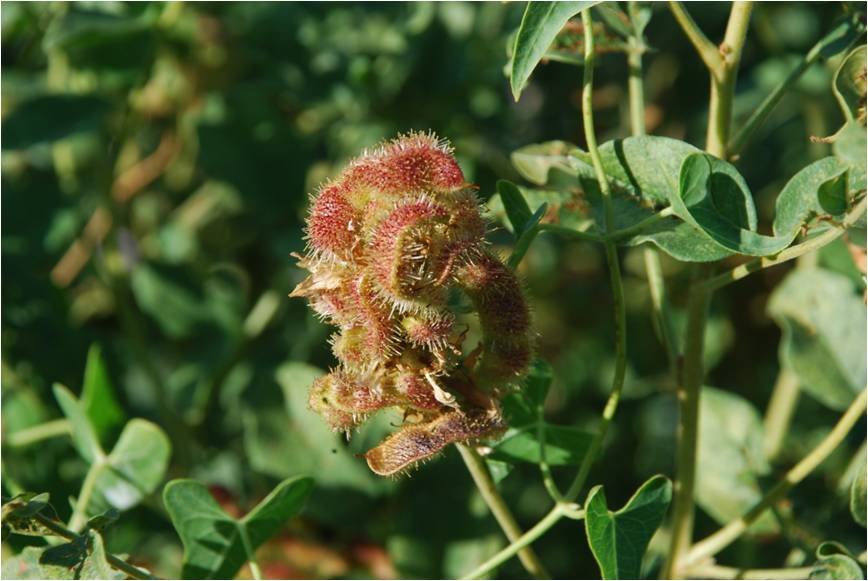