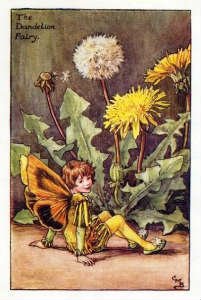 Taraxacum officinale, the common dandelion (often simply called "dandelion"), is a flowering herbaceous perennial plant of the family Asteraceae (Compositae). It can be found growing in temperate regions of the world, in lawns, on roadsides, on disturbed banks and shores of water ways, and other areas with moist soils. Dandelion is native to Eurasia, and is now naturalised throughout North America, southern Africa, South America, New Zealand, Australia, and India. It occurs in all 50 states of the USA and most Canadian provinces. It is considered a weed, especially in lawns and in vegetable gardens, but it is a medicinal herb and a food which, simply because it is so abundant, appears to have been ignored.

Dandelion has several culinary and medicinal uses. The specific name officinalis refers to its value as a medicinal herb. The flowers can be used to make dandelion wine, the greens either blanched or left to grow green are used in salads, the roots have been used to make a coffee substitute (when baked and ground into powder) and the plant was used by Native Americans as a food and medicine.

Medicinal use and nutrients 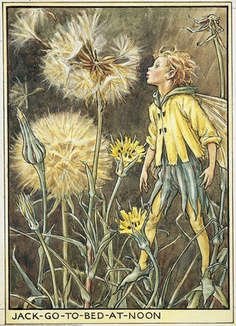 Taraxacum officinale has many English common names, including blowball, lion's-tooth, faceclock, pee-a-bed, and wet-a-bed, white endive, and wild endive. In France the plant is named pissenlit (or vernacular pisse au lit) – wet the bed, in Italian it is called piscialletto in Catalan pixallits and meacamas in Spanish. These names all refer to the strong diuretic effect of the plant's roots, either roasted or raw.

The following table derived from the USDA Nutrients database shows the nutritional content of dandelion leaves. As you can see, they are rich in minerals and vitamins when unblanched. The leaves are high in vitamin A, vitamin C and iron, carrying more iron and calcium than spinach. Dandelion leaves are also a good source of calcium, potassium, and manganese. 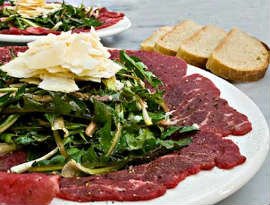 To blanch the leaves, all you do is put an earthenware pot over a growing plant and make sure it has enough water. An alternative is to cover the plant with straw. The blanched leaves are moderately less astringent raw in salads than the green unblanched leaves, but they are not quite as nutritionally rich. Cutting the leaves makes litle difference to the plant, which is why it is regarded as a weed. A perennial plant, its leaves will grow back if the taproot is left intact.

Dandelion leaves are truly delicious dressed with a mustard, vinegar and brown sugar dressing and served with fried onions and bacon strips. You can also add an egg to this to make a filling lunch meal.

They can be cooked, but are nutritionally better raw. Dandelion leaves are a part of traditional Sephardic, Chinese, and Korean cuisine and are found in a number of soups and broths. They are quite a good substitute for spinach. Boiled and pureed they can be served with a cheese sauce with an egg on the top.

Dandelion flowers can be used to make dandelion wine. My Dad used to make dandelion wine and it was delicious – like a good riesling, but it did have a diuretic effect as my Dad's friends found out one evening when they visited my Mum and Dad and consumed a bottle between them [my Mum didn't have alcohol so this was a bottle between three]. They were walking home and apparently had to go behind a hedge. They never quite forgot the experience, but came back for more nonetheless.

The flowers must be freshly gathered picked off their stalks and put in a large bowl.  Bring the water to the boil, pour over the dandelions,, leave for 3 days stirring each day.  Cover the bowl with butter muslin.  After the third day add the sugar and the rinds only of the orange and lemons.  Turn all into a pan and boil for one hour.  Put back in the bowl and add the pulp of the lemons and orange.  Allow to stand until cool, add yeast.  Leave it for three days then strain and place  into bottles.  Divide the raisins between the bottles. Once fermentation is complete cork the bottles.  This wine if made in May or June is good at Xmas.

“Dandelion and burdock is a soft drink that has long been popular in the United Kingdom”. Not as good as the wine though.

Dandelion flowers, honey and lemon can be combined into a rather nice syrup which has both medicinal value and culinary value. It goes well with plain yoghurt and ice cream [home made].