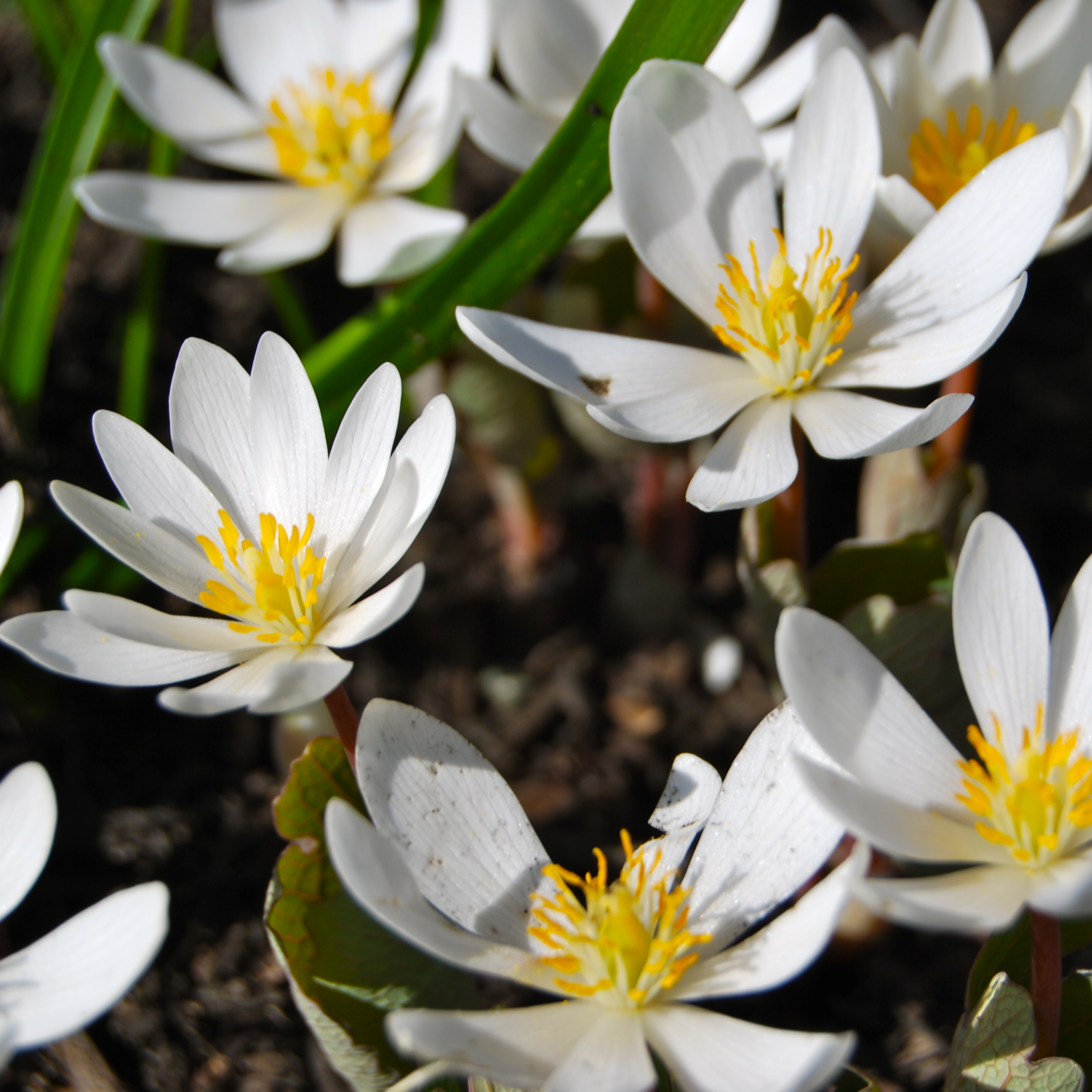 Sanguinaria canadensis (bloodroot) is a perennial, herbaceous flowering plant and the only species in the genus Sanguinaria, included in the family Papaveraceae.

Bloodroot is native to eastern North America from Nova Scotia, Canada southward to Florida, United States, and west to Great Lakes and down the Mississippi embayment.

Sanguinaria canadensis is also known as bloodwort, redroot, red puccoon and sometimes pauson. The plants are found growing in moist to dry woods and thickets, often on flood plains and near shores or streams on slopes. They grow less frequently in clearings and meadows or on dunes, and are rarely found in disturbed sites.

Plants are variable in leaf and flower shape and have in the past been separated out as different subspecies due to these variable shapes. Currently most taxonomic treatments include these different forms in one highly variable species.

And it is a somewhat controversial plant. 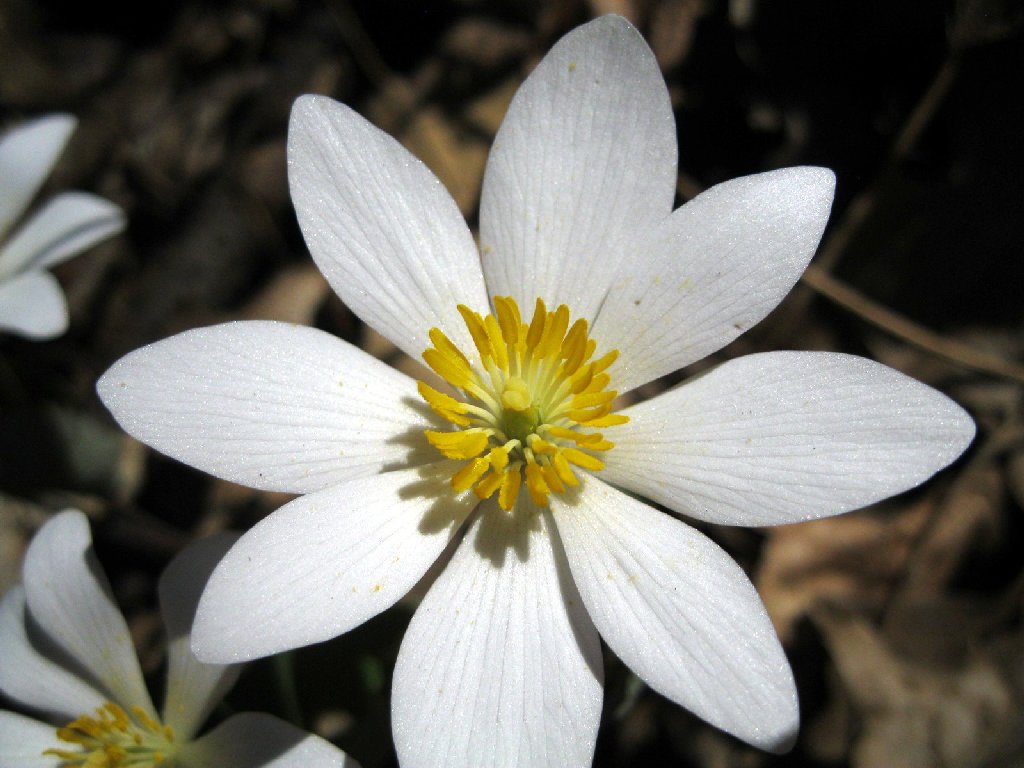 As Wikipedia says “In bloodroot, the juice is red and poisonous”.

Bloodroot produces benzylisoquinoline alkaloids, primarily the toxin sanguinarine. The alkaloids are transported to and stored in the rhizome.  It is not the only chemical in blood root whose activity is less than ideal.  Beta-Homochelidonine in the Plant is described by Dr Duke as a central nervous system paralytic [DUKE1992A ; CNS-Paralytic].  Then there is Chelerythrine in the Plant: which although having extensive antibacterial activity is described as ‘Cytotoxic, Irritant; Paralytic and Tetanic’.

Then there is Protopine in the root which is an Abortifacient – can cause miscarriages.

Sanguinarine itself is Antibacterial, Antigingivitic, Antiperiodontic; Antiplaque; and Antiseptic which may be why some manufacturers use sanguinarine and bloodroot extract in dental hygiene products. The United States FDA has approved the inclusion of sanguinarine in toothpastes as an antibacterial or anti-plaque agent, which may seem a little rash given that it is a CNS-Depressant; an Emetic; a Gastrocontractant ; Hepatotoxic;  Irritant; a Myocardiocontractant; Occulotensive ; and Respirastimulant – all of which are another way of saying poisonous

Wikipedia
On 24 Nov 2003, the Colgate-Palmolive Company of Piscataway, New Jersey, United States commented by memorandum to the United States Food and Drug Administration that then-proposed rules for levels of sanguinarine in mouthwash and dental wash products were lower than necessary. However, this conclusion is controversial.

The toxic nature of these chemicals is all the more frustrating  because sanguinarine alone is also Antitrypanosomic; Antiviral; Candidicide; and a Trichomonicide.  Bloodroot was used historically by Native Americans for curative properties as an emetic, amongst other treatments and it is more than possible that it was in trying to get rid of deadly parasites, viruses and fungi that bloodroot was employed - a process commonly known in olden days as 'purging'. 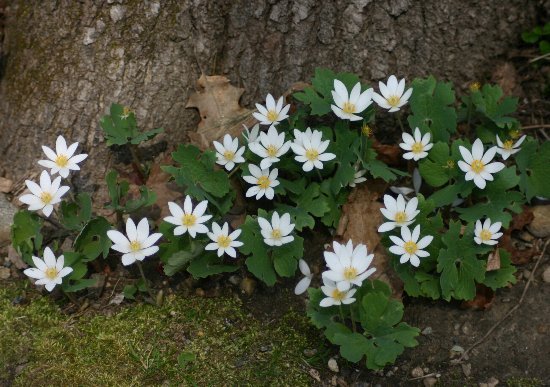 Cancer is caused by pathogens – viruses; heavy metals such as cadmium or lead; toxins such as insecticides; fungi; bacteria; numerous parasites that may cause cysts then tumours and finally cancerous growths.  It can be caused by radiation of various sorts.  It has been caused by pharmaceuticals.  It has even been caused by vaccines when the adjuvant used was a heavy metal such as aluminium and the virus used was a live one capable through latency to cause cancer. 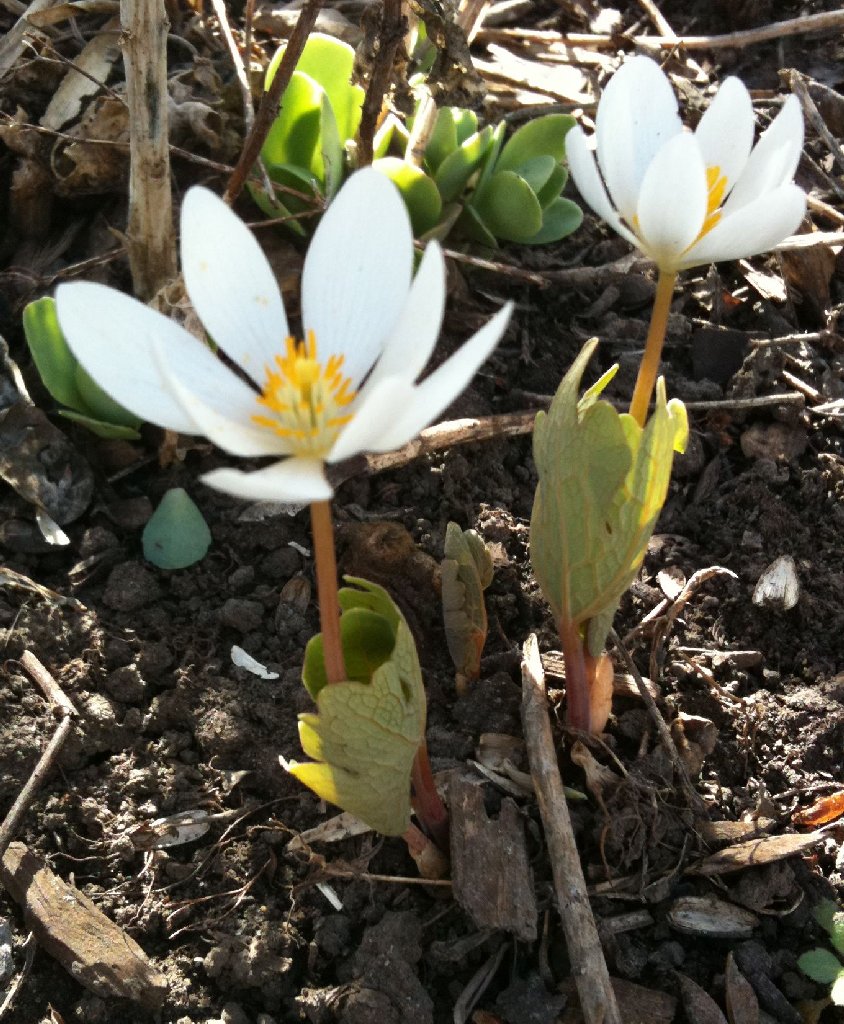 Bloodroot extracts have been promoted by some supplement companies as a treatment or cure for cancer, and the U.S. Food and Drug Administration has listed some of these products among its "187 Fake Cancer 'Cures' Consumers Should Avoid".  They are not fake in the sense they are bloodroot, but no company – including every single pharmaceutical company – can claim it cures something when the cause is unknown.

In amongst the chemicals which are not to be recommended in bloodroot is one whose efficacy against a range of pathogens is proven – Berberine.  Berberine too is not entirely without its disadvantages, but if we simply list its more positive properties relevant to this section on pathogens we come up with this list – derived from Dr Duke’s analysis: 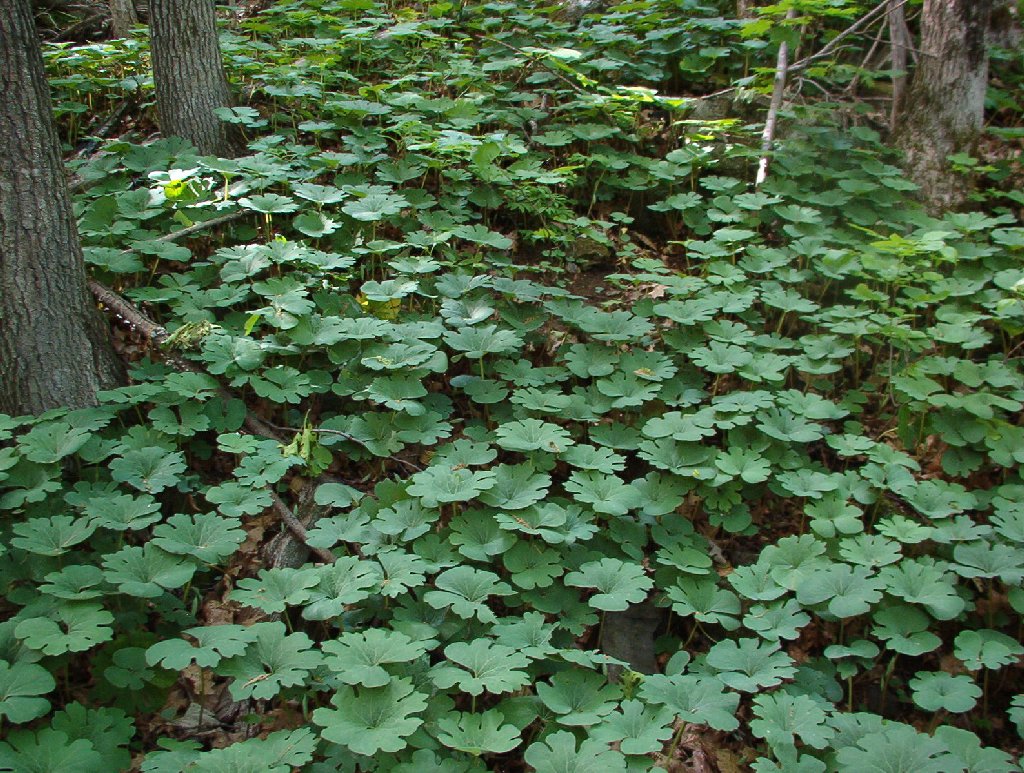 In this list we have anti-parasitic, antiviral, antibacterial and antifungal activity.  There is no activity against heavy metals or toxins as such, so if your cancer is caused by lead, cadmium, aluminium, mercury and so on Berberine does nothing.  Furthermore, although this analysis is helpful, we still don’t know which viruses and which bacteria specifically that berberine can tackle and again if your cancer is caused by a type Berberine has never come across, nothing will happen.

I think that the locals had found a way of extracting Berberine from the poisonous parts of bloodroot.  Whether Cook’s book is accurate in its recording is another thing, but the key is that the Native American Indians knew illness has a cause and also knew to extract from this plant the principle chemical that would tackle the cause and not the symptoms. 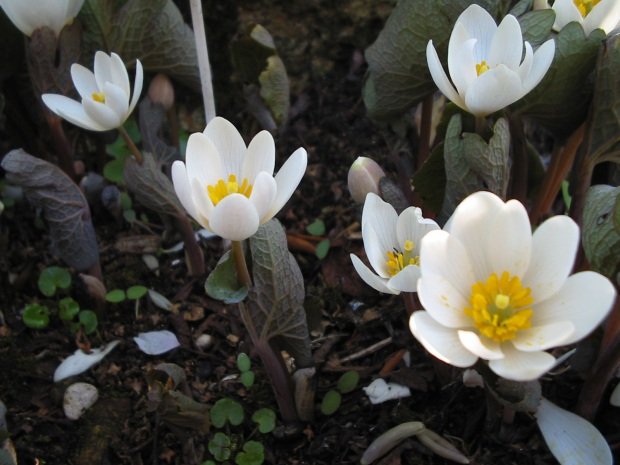