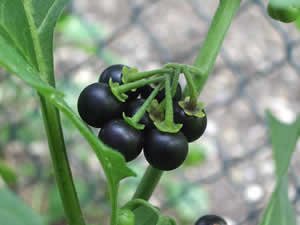 Solanum nigrum (European Black Nightshade or locally just "black nightshade", Duscle, Garden Nightshade, Hound's Berry, Petty Morel, Wonder Berry, Small-fruited black nightshade or popolo) is a species in the Solanum genus, native to Eurasia and introduced in the Americas, Australasia and South Africa. It is generally regarded as being poisonous. The toxicity of Solanum nigrum varies widely depending on the variety, but all parts of the plant can be poisonous. The toxins are most concentrated in the unripe green berries, but also occur in ripe berries.Solanine levels in S.nigrum can be extremely toxic and potentially fatal.

But scientists are starting to discover that the plant has medicinal uses in fighting some very nasty viruses.

Black nightshade has a long history of medicinal usage, dating back to ancient Greece. "... In the fourteenth century, we hear of the plant under the name of Petty Morel being used for canker and with Horehound and wine taken for dropsy." Internal use has fallen out of favor in Western herbalism due to its variable chemistry and toxicity, but it is used topically as a treatment for herpes zoster. 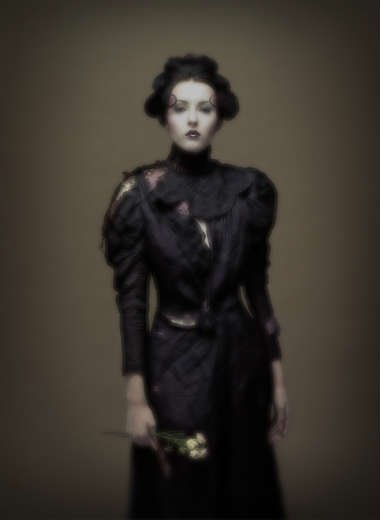 S. nigrum is also an important ingredient in traditional Indian medicines. The juice of the plant is used on ulcers and other skin diseases. Traditionally the plant was even used internally and used to treat tuberculosis. It is known as Peddakasha pandla koora in the Telangana region. This plant's leaves are used to treat mouth ulcers that happen during winter periods of Tamil Nadu, India. It is known as Manathakkali keerai in Tamil Nadu and Kaachi Soppu in Karnataka.

In North India, the boiled extracts of leaves and berries are also used to alleviate liver-related ailments, including jaundice.

Chinese experiments confirm that the plant inhibits growth of cervical carcinoma in mice.

What seems clear is that it is dose and plant variety that are key as well as the growing conditions, which tend to determine the plant's toxicity, chemical composition and efficacy in healing