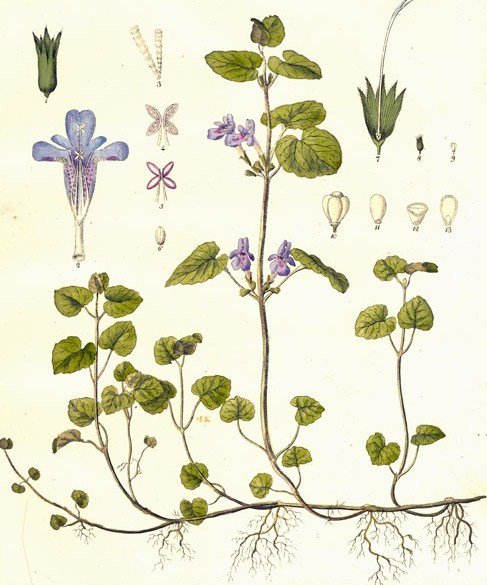 It is also sometimes known as creeping jenny, but that name more commonly refers to Lysimachia nummularia.

It has numerous medicinal uses, one of which is as an antimalarial and the other as an antiHIV medicine.

There is a real irony to this, as the USA considers alehoof to be “a non-native invasive plant in the United States, which has invaded wild areas, sometimes choking out native wildflowers”.  There is a large section on Wikipedia entitled 'control and eradication'.  There is a theory many herbalists have that plants tend to thrive in the areas they are needed most, Alehoof may add evidence to this theory.

Glechoma hederacea is native to Europe and southwestern Asia but has been introduced to North America and is now common in most regions other than the Rocky Mountains. European settlers carried it around the world, and it has become a well-established introduced and naturalized plant in a wide variety of localities. 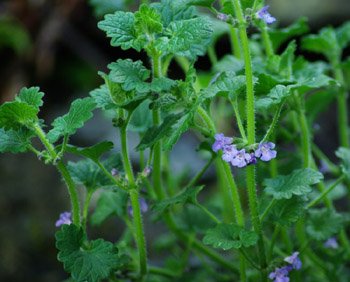 Alehoof can be identified by its round to kidney or fan shaped, crenate (with round toothed edges) opposed leaves 2–3 cm diameter, on 3–6 cm long petioles attached to square stems which root at the nodes. It is a variable species, its size being influenced by environmental conditions, from 5 cm up to 50 cm tall.

The flowers of Glechoma are bilaterally symmetrical, funnel shaped, blue or bluish-violet to lavender, and grow in opposed clusters of 2 or 3 flowers in the leaf axils on the upper part of the stem or near the tip. It usually flowers in the spring. 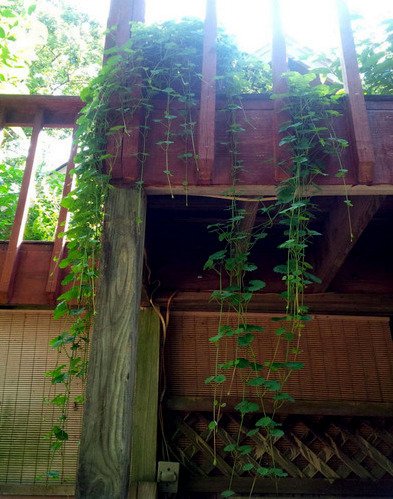 It is a common plant in grasslands and wooded areas or wasteland. It also thrives in lawns and around buildings since it survives mowing and has been used like a chamomile lawn.  Given that a lawn is simply green and Alehoof is both an attractive garden plant, easy to grow and medicinally useful, it is not surprising that those with some herbal knowledge are using it to replace lawns or for use in pots and as groundcover. Easily cultivated, it grows well in most places. A variegated variety is commercially available; in many areas this is the dominant form which has escaped cultivation but it is not known whether this has the same activity as the original plant.

Alehoof spreads by stolons or by seed. The plant spends the winter as either a small ramet or a small rosette. It produces flowers between April and July.  Each pollinated flower can produce up to four seeds. The seeds germinate a few days after contact with moisture, although they can be stored dry.

The plant can also reproduce clonally, with the stems bending down to the earth and allowing roots to attach themselves.  Part of the reason for its wide spread is this rhizomatous method of reproduction. It will form dense mats which can take over areas of lawn.

Glechoma hederacea has been used in the traditional medicine of Europe and the Middle East for thousands of years. Galen recommends the plant. John Gerard, an English herbalist, recommended the plant.  Mrs Grieve recommends it.  Alehoof contains menthol, and menthol was well known for many hundreds of years as a very potent antibacterial.  One lethal bacteria it helped with was that of cholera and plants containing menthol were often used to repel the bacteria  - not ingested, used as a form of protective shield! 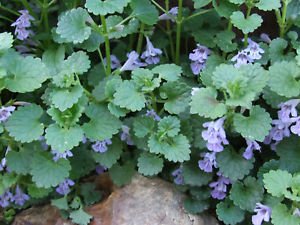 Malaria was as much a problem in Galen’s day as it is now and again Alehoof, via chemicals such as OLEANOLIC-ACID and  MYRTENAL, is antimalarial and  Antiplasmodial.

In the next section we have listed the Chemicals and their Biological Activities in: Glechoma hederacea L. (Lamiaceae) – Alehoof extracted from Dr. Duke's Phytochemical and Ethnobotanical Databases.

What emerges from Dr Duke’s analysis is that Alehoof is a plant for external use only.  This is key.  The Wikipedia entry appears to imply you can use it as a green vegetable, this would be most unwise as there are chemicals in this plant that are cytotoxic [kill cells] and neurotoxic [kill neurons].  There are also chemicals that do not do your liver any good either 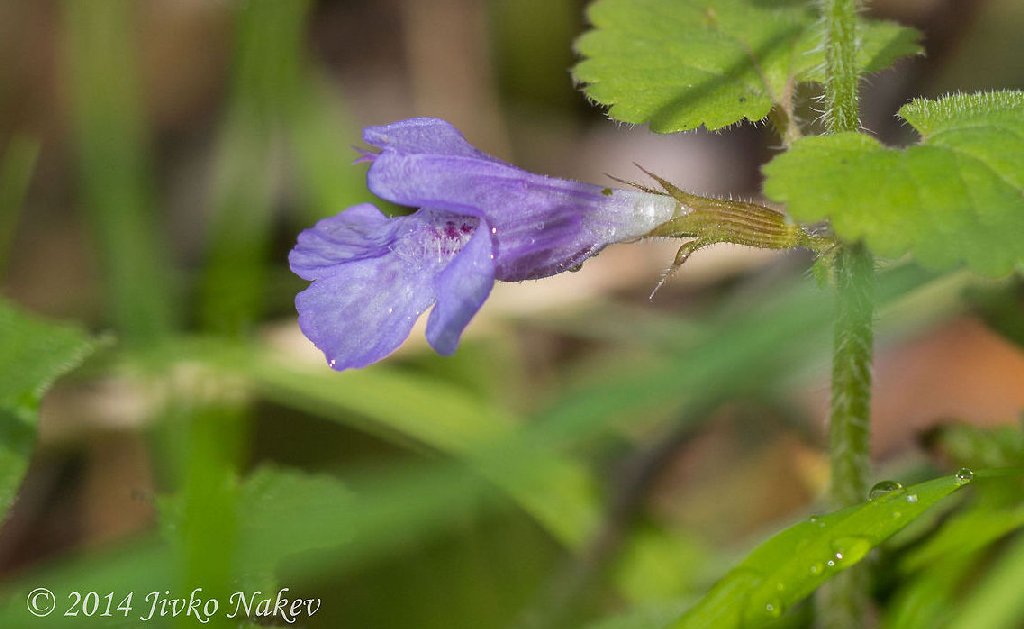 Where no activity has been reported, the chemical is excluded.  The full list with all chemicals is available on Dr Duke’s site for those who are interested.

We have concentrated on only the activities related to pathogens – viruses, toxins such as heavy metals, bacteria, fungi, and parasites.  Trichomoniasis activity is shown in blue.  General pesticide activity is shown in green.  Specific antimalarial activity is shown in pink.  I have made no especial distinction between the viruses as they are all vicious - EBV, HIV, etc.  The other activities listed have a tendency to be a further benefit from the basic activity against the pathogens eg anti-dementia means the plant has the ability to fight whatever is causing the dementia.

The fresh herb can be rinsed and steeped in hot water to create an herbal medicinal infusion.  This infusion can then be sniffed, gargled or applied to wounds, as it is principally antiseptic and antibacterial as an external medicine.

Thus it must be treated as a medicine and not a food, in other words because of its total chemical composition this is not a plant one should eat!  In Dr Duke’s analysis a number of the chemicals are listed as being neurotoxic, or irritant.

Glechoma was widely used by the Saxons in brewing beer; thus the brewing-related names, alehoof, tunhoof, and gill-over-the-ground.  Beer in the old days was the means by which medicines were administered, but in this case the plant may have been the means by which the resulting beer was safe to drink – that any bacteria, fungi or other pathogens were removed from the brew.  In the far distant past monks did most of the brewing, making herbal medicines they could hand out to their fellow citizens.  The Belgian beers owe their existence to this tradition and are still made from herbal ingredients – healing ingredients.

Glechoma has also been used in the cheese-making process as a substitute for animal rennet.  Cheese too in old days was looked on as both a food and a medicine, a valuable source of proteins and cholesterol – the source of progesterone! It may be worth bearing in mind considering this little snippet of information from a cheese information site in the USA

According to some sources, almost 6 out of 10 hard cheeses made in the US today are manufactured using Genetically modified rennet.