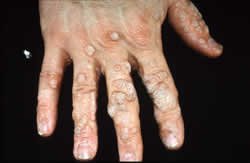 Wart is the common name given to verrucas.  We have a tendency to call the nasty warts that occur on the feet making it difficult to walk verrucas, but in fact the correct name for all warts is verruca.  It is a symptom of a viral infection.  If you get infected by the measles virus you get a rash, if you get infected by the verruca viruses you get warts.  We don't tend to make such a big deal of warts because they do not cause as much apparent illness as measles or mumps or the yellow fever viruses, but a virus is a virus.  The virus may actually be in all sorts of places in your body, but it will only be the small outgrowth on your hands or face that tell you it is there.

To look at, a wart is a small, rough growth resembling a cauliflower or a solid blister.  As Wikipedia says “It typically occurs on humans' hands or feet but often in other locations” – like the genitals. Warts are caused by one of the many types of human papillomavirus (HPV).   Wikipedia again “There are as many as 10 varieties of warts, the most common considered to be mostly harmless… They typically disappear after a few months but can last for years and can reoccur”.  This is because like all viruses, once it is in your body it never goes.  It may lie dormant, only to be reawakened at a time of low immune system activity.

I have a section on HPV, but there are strains of the HPV virus that do not cause warts, as such this section is needed to home in on those that do.  The Human papillomavirus can cause cancer, as such we need to be a little suspicious at the phrase ‘most considered harmless’.  As I hope is abundantly clear from the entries on the site, there is no such thing as a harmless virus.  Before I send the whole nation into a blind panic because they have a wart on the end of their nose, there is no need to panic as you will see.  Furthermore, the spiritual experiences I have discovered do not tend to come from the warts, but their treatment.

A range of types of wart have been identified, these include:

We now, however, get to the more unpleasant kinds

There are two basic approaches used for verrucas

Prevention – In theory the best form of treatment is prevention, but I am afraid unless you are a complete recluse for most of your life, infection with this virus is almost impossible to avoid.  Warts spread by human contact.  Shake hands with someone who has a wart and you run the risk of getting the virus.  They are contagious and according to Wikipedia ‘usually enter the body in an area of broken skin’.  However, anyone who has known a child with verrucas will know that swimming pools, gyms and communal areas are a prime source of infection with or without broken skin. 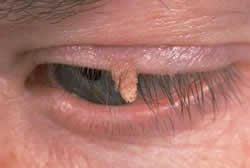 Treatment – in theory there are quite a lot of treatments

And I could have given you a huge explanation about how these are used, but I will quote the same paper again which seems to sum things up rather well

Most people will experience infection with human papilloma virus (HPV) at some point in their life. Diagnosis, based on clinical examination, is usually straight forward. Treatment can, however, be challenging. Indications for treatment include pain, interference with function, cosmetic embarrassment, and risk of malignancy. Clearance rates are highest in young, healthy individuals with short duration of infection. ….As yet, there is no single totally effective treatment for viral warts. Some patients may choose to leave their warts untreated until spontaneous resolution. In those who seek intervention, simple, well tolerated therapies should be chosen initially in preference to more complicated, potentially harmful agents. It is likely that future research will be directed to developing an antiviral agent specific for HPV which would be safe, effective and not prohibitively expensive.  PMID:  11702295

It is worth quoting Wikipedia on the current pharmaceutical solutions
“Bleomycin is not US FDA approved. It can cause necrosis of digits and Raynaud syndrome.  Dinitrochlorobenzene (DNCB) is applied directly to the wart….. but DNCB must be used much more cautiously [sic] than salicylic acid; the chemical is known to cause genetic mutations…..Fluorouracil inhibits DNA synthesis but is being used as an experimental treatment. …Cryosurgery or cryotherapy devices using a dimethyl ether – propane mixture … complications include blistering of normal skin.  Laser treatments can be painful, expensive but not extensively scarring [sic] when used appropriately. CO2 lasers require local anaesthetic. …The Infrared coagulator – an intense source of infrared light in a small beam like a laser - works essentially on the same principle as laser treatment….. Like the laser, it can cause blistering pain and scarring.“ 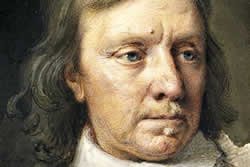 The main problem with all the symptom based approaches is that they do not actually eradicate the virus, which sits snugly inside the body waiting for its next chance of attack.  The only method which is ever likely to work is to work with our immune system and use heat, sun and food to try to tackle it.  Eating for health.  Again a diet with a balanced amount of zinc [not supplements] and other essential minerals and vitamins, is likely to be of help because it boosts the immune system and indeed the use of zinc has scientific backing..

When I was a child our mothers used to use zinc and castor oil ointment, maybe they knew something.  Mothers know best.

If all else fails here is some wonderful advice straight from Wikipedia, it may be worth adding for our American cousins that spunk in the UK is a slang word for semen.  Semen contains zinc, so maybe this is not a bad remedy, I think Mr Twain may have understood the joke all too well...

A variety of traditional folk remedies and rituals claim to be able to remove warts. ... In The Adventures of Tom Sawyer, Mark Twain has his characters discuss a variety of such remedies. Tom Sawyer proposes "spunk-water" (or "stump-water", the water collecting in the hollow of a tree stump) as a remedy for warts on the hand. You put your hand into the water at midnight and say:
Barley-corn, barley-corn, injun-meal shorts,
Spunk-water, spunk-water, swaller these warts
and then "walk away quick, eleven steps, with your eyes shut, and then turn around three times and walk home without speaking to anybody. Because if you speak the charm's busted." This is held to be superior to Huckleberry Finn's preferred remedy which involved throwing a dead cat into a graveyard. Another remedy involved splitting a bean, drawing blood from the wart and putting it on one of the halves, and burying that half at a crossroads at midnight. The theory of operation is that the blood on the buried bean will draw away the wart. Twain is recognized as an early collector and recorder of genuine American folklore.  Similar practices are recorded elsewhere.  One remedy for warts involves rubbing the wart with a potato, which is then buried; when the "buried potato dries up, the wart will be cured".  Despite their appearance, toads do not cause warts.

The potato works - but then so do many placebo remedies because by believing your immune system gets a boost.

No experiences from the warts themselves, but some healing observations and a few from the treatments.  How they give you an experience is explained in the observations.  The 'blistering pain' has a lot to answer for.