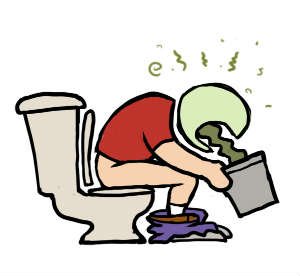 Food poisoning is any illness resulting from the consumption of food which has been contaminated by  bacteria,  viruses, fungi, toxins or parasites [including mites].

When mites get in our stored food, - grain, rice, spices and so on, they eat the stored food and of course then defecate and urinate on what is left.  Thus infestations of mites in food can poison us with the bacteria and fungi they deposit on the food or which is attracted to their faeces.

The bacteria, viruses and fungi attracted to mite faeces is capable of causing acute enteritis, diarrhoea, and urinary tract infections.

The delay between consumption of a contaminated food and appearance of the first symptoms of illness is called the incubation period. This ranges from hours to days.  During the incubation period, microbes pass through the stomach into the intestine, attach to the cells lining the intestinal walls, and begin to multiply there. Some types of microbes stay in the intestine, some produce a toxin that is absorbed into the bloodstream, and some can directly invade the deeper body tissues. An unusually high stomach pH level (low acidity) greatly reduces the number of bacteria required to cause symptoms by a factor of between 10 and 100.  In effect taking antacids is going to make things worse.

The symptoms produced depend on the type of microbe, but they include vomiting/sickness, nausea, acute diarrhoea and fever. 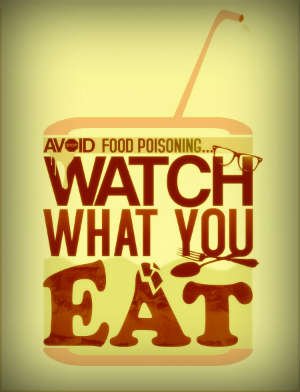 It is worth adding as a point of interest that bacteria are capable of producing histamine using histidine decarboxylase enzymes unrelated to those found in animals. A non-infectious form of foodborne disease, scombroid poisoning, is due to histamine production by bacteria in spoiled food, particularly fish. Fermented foods and beverages naturally contain small quantities of histamine due to a similar conversion performed by fermenting bacteria or yeasts. Sake contains histamine in the 20–40micromg/L range; wines contain it in the 2–10micromg/L range.  Thus there may be, in some people, a reaction to the excess histamine.

Ride it out.  The sickness and diarhoea is there to get rid of the unwanted invaders.  Keep warm, do nothing for the fever - that is there to help too - heat kills viruses. Rest, sleep.  Relax, listen to pleasant music to help you relax, this helps the immune system work.   Make sure you are not dehydrated and keep a supply of warm water with the essential minerals you need to keep going - the so called 'electrolytes'.  No food, food gives the invaders fuel.

Zinc in very small quantites - do not overload the system - helps the immune system. 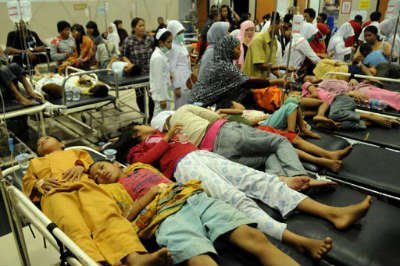 The principle cause of any spiritual experiences is

But fever and hyperthermia  is also a common reaction by the body to bacterial or viral infection, and constant diarhhoea may result in the loss of body fluids - dehydration, so these can be contributory factors.

Thus a combination of factors can cause the spiritual experiences.