W.Y. Evans-Wentz - The Fairy-Faith in Celtic Countries - The Narrow Bridge 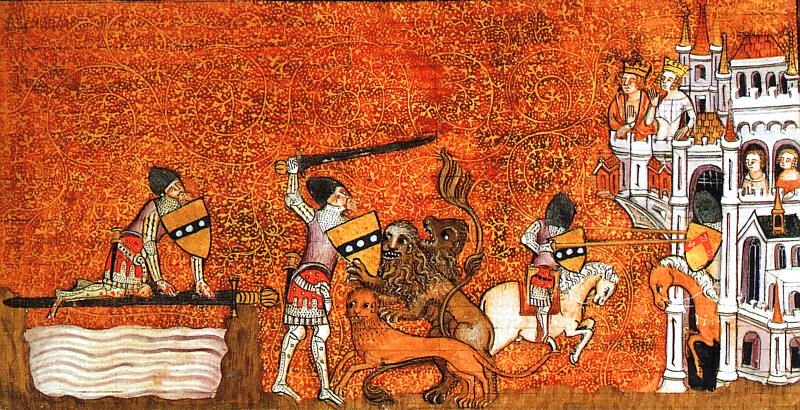 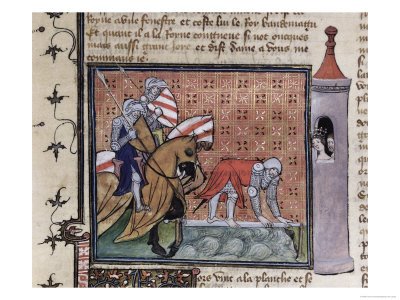 Chrétien de Troyes, in his metrical romance Le Conte de la Charrette, describes the realm of which Melwas was lord as a place whence no traveller returns.

As further proof that the realm of Melwas was meant by Chrétien to be the subjective [spirit] world, where the god-like Tuatha De Danann, the Tylwyth Teg, and the shades of the dead equally exist, it is said that access to it was by two narrow bridges; 'one called li Ponz Evages or the Water Bridge, because it was a narrow passage a foot and a half wide and as much in height, with water above and below it as well as on both sides'; the other li Ponz de l'Espée or the Sword Bridge, because it consisted of the edge of a sword two lances in length.

The first bridge, considered less perilous than the other, was chosen by Gauvain (Gwalchmei), when with Lancelot he was seeking to rescue Gwenhwyfar; but he failed to cross it. Lancelot with great trouble crossed the second.

In many mythologies and in world-wide folk-tales there is a narrow bridge or bridges leading to the realm of the dead.

Even Mohammed in the Koran declares it necessary to cross a bridge as thin as a hair, if one would enter Paradise. And in living folk-lore in Celtic countries, as we found among the Irish peasantry, the crossing of a bridge or stream of water when pursued by fairies or phantoms is a guarantee of protection.

There is always the mystic water between the realm of the living and the realm of subjectivity.  In ancient Egypt there was always the last voyage begun on the sacred Nile; and in all classical literature Pluto's realm is entered by crossing a dark, deep river,--the river of forgetfulness between physical consciousness and spiritual consciousness.