Michelangelo - 1508 Sistine Chapel - 08 Creation of the Sun and Moon 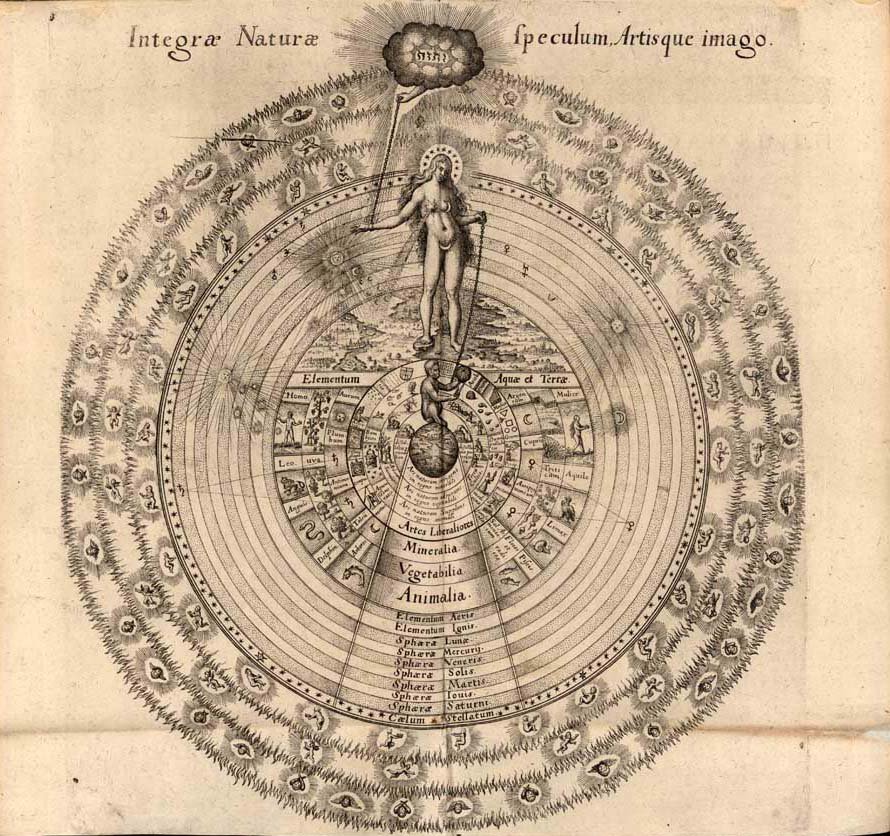 Robert Fludd's verion of the Egg showing the symbolic planets

Along the central section of the ceiling, Michelangelo depicted nine scenes from the Book of Genesis, the first book of the Bible. The pictures are organized into three groups of three alternating large and small panels. The first group shows God creating Heaven and Earth.

Interestingly the central section can be read both ways – if you walk one way, it is a scene of creation, if you walk the other way it shows destruction –dissolution - and the completion of the cycle.  Thus the ‘first group’ can also be viewed as the ‘last group’ and could be renamed the dissolution of Heaven and Earth.

The Creation of the Sun and the Moon is the second scene in the chronological sequence on the ceiling, depicting the third and fourth day of the Creation narrative. On the right, God points and divides the sun and moon in the heavens (or hurls them into orbit). The faint moon is on the right side, touched by God's left hand. “God's face expresses the stupendous force needed for the creation of the two”.

We must now remember that there are three ways to read the Bible, literally, symbolically and esoterically.

Literally, people will see this as the literal creation of the sun, the moon and the planet earth.  But the symbolic and esoteric meanings are the real meanings.

The esoteric meaning is the same but has an added twist too difficult to explain here, that relates to the cycles of creation and destruction.  The Egg shaped Sun is also important.

It may be helpful to compare with Robert Fludd’s drawing of the final layout of the Egg with the symbolic Planets in place.  Michelangelo did not do a comparative drawing but his inclusion of the seven prophets shows he had an understanding of the underlying Biblical symbolism 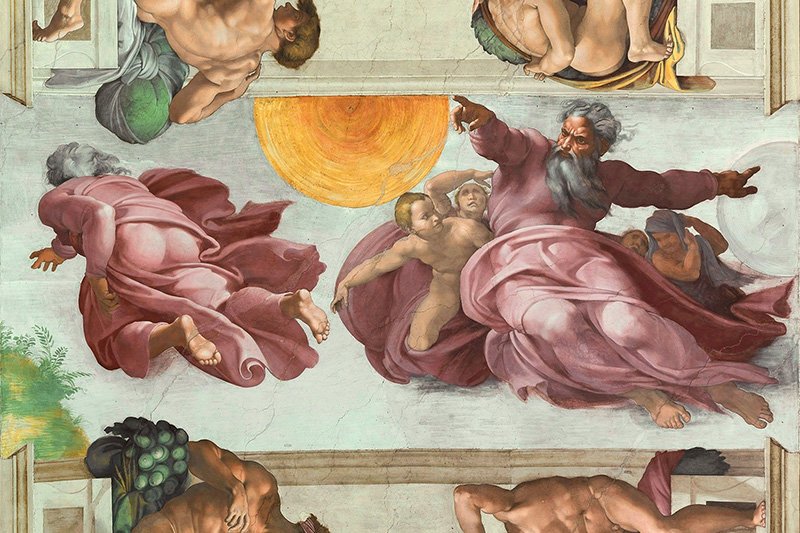 Egg (as symbol)
Map of the Egg
Mother and Father
Planets, the
Sun and Moon