Malta stands on an underwater ridge that extends from North Africa to Sicily. At some time in the distant past Malta was submerged, as shown by marine fossils embedded in rock in the highest points of Malta. As the ridge was pushed up and the Strait of Gibraltar closed through tectonic activity, the ‘sea level’ was lower, and would possibly have been a series of vast freshwater lakes.  Malta was on a bridge of dry land that extended between the two continents, surrounded by large lakes. Some caverns in Malta have revealed bones of elephants, hippopotami, and other large animals now found in Africa, while others have revealed animals native to Europe.

The means of spiritual experience

There are a number of ways in which spiritual experience can be gained.  If the mountain is high enough an initiate can simply be left on top, in the way the Native American Indians were in their initiation ceremonies [see the entries for Lame Deer and the Vision pit].  The temples in Malta are numerous and found at what would have been the top of the mountain.

Another mechanism in which spiritual experience can be gained, is from sensory deprivation in caves – of which Malta has numerous as it is largely made of limestone.  Archaeologists have found evidence of cave use [although they assume the people lived there, whereas even in the cultures of today, caves are used for initiation ceremonies]. 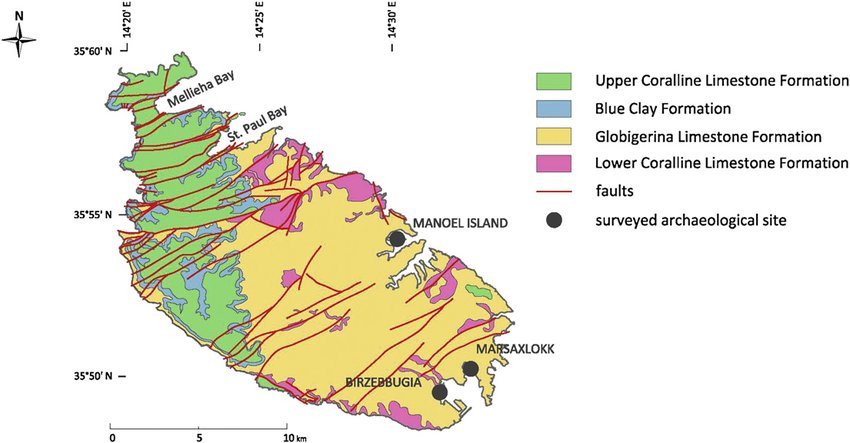 This extract of a talk explains how an indigenous society of today still uses caves for their initiation ceremonies:

Now, of all the peoples that I've ever been with, the most extraordinary are the Kogi of the Sierra Nevada de Santa Marta in northern Colombia. Descendants of the ancient Tairona civilization they once carpeted the Caribbean coastal plain of Colombia.  In the wake of the conquest, these people retreated into an isolated volcanic massif that soars above the Caribbean coastal plain. In a bloodstained continent, these people alone were never conquered by the Spanish. To this day, they remain ruled by a ritual priesthood but the training for the priesthood is rather extraordinary. The young acolytes are taken away from their families at the age of three and four, sequestered in a shadowy world of darkness at the base of glaciers for 18 years: two nine-year periods deliberately chosen to mimic the nine months of gestation they spend in their natural mother's womb; now they are metaphorically in the womb of the great mother. And for this entire time, they are inculturated into the values of their society, …. And at the end of this amazing initiation, one day they're suddenly taken out and for the first time in their lives, at the age of 18, they see a sunrise. And in that crystal moment of awareness of first light as the Sun begins to bathe the slopes of the stunningly beautiful landscape, suddenly everything they have learned in the abstract is affirmed in stunning glory. And the priest steps back and says, "You see? It's really as I've told you. It is that beautiful. It is yours to protect." They call themselves the "elder brothers" and they say we, who are the younger brothers, are the ones responsible for destroying the world.