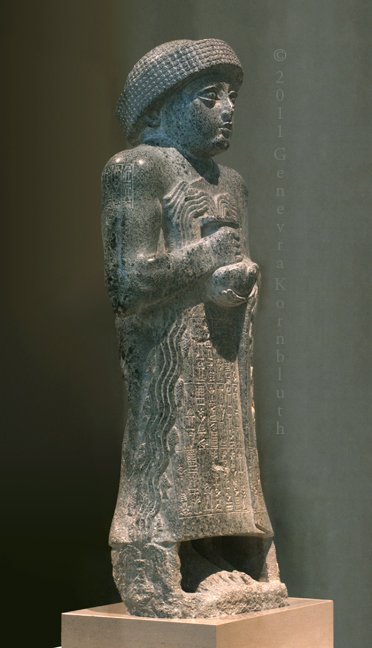 Gudea was a ruler (ensi) of the state of Lagash in Southern Mesopotamia who ruled c. 2144 - 2124 BC. He probably did not come from the city, but had married Ninalla, daughter of the ruler Urbaba (2164 - 2144 BC) of Lagash, thus gaining entrance to the royal house of Lagash. He was succeeded by his son Ur-Ningirsu.

The time of his rule was not one of true spirituality, but from inscriptions there are indications that Gudea at least tried to maintain some of the older beliefs and even reinstate them after they had been removed by previous conquerors of Lagash.

“The social reforms instituted during Gudea’s rulership, which included the cancellation of debts and allowing women to own family land, may have been honest reform or a return to old Lagašite custom.”

Gudea chose the title of énsi (town-king or governor), not the more exalted lugal (Akkadian šarrum), although he did style himself "god of Lagash".  What is fascinating about his statues is that they show an understanding of the principles of spiritual experience.  For wisdom and inspiration – which presumably Gudea sought – one has to aim for spiritual balance.  The ‘hot’ energy of spirit output [thought] has to be balanced with the ‘cool’ input of spirit input.  In symbol systems the hot energy is often shown red, the cool input as blue and all the symbolism for rivers and streams is derived from this cool ‘water’ [spirit] which is supposed to flow from the Intelligences.

Twenty-six statues of Gudea have been found so far during excavations of Telloh (ancient Girsu) with most of the rest coming from the’ art trade’.  In many of them he is shown holding a cup with water overflowing from two sides – literally ‘his cup runneth over’ -  he is symbolically brimming with spiritual energy.  And the fact it is on both sides, shows this energy was intended to to balanced.

A comparison with the tarot card for the Art of balance is shown for comparison.

But despite his attempts to indicate he was a man of wisdom – because this is what it implies – and, if one looks at the pose, a man of humility, this may all have been part of a very well conceived propaganda campaign designed to placate the populace for the hardships they were enduring – for these were violent times.

After the Akkadian empire lost power over southern Mesopotamia, battles raged incessantly and the god receiving the most attention from Gudea was Ningirsu— Saturn was yet another god of battle. Though there is only one mention of martial success on the part of Gudea, the many trappings of war which he builds for Ningirsu indicate a violent era.  As Wikipedia says:

“His era was especially one of artistic development. But it was Ningirsu who received the majority of Gudea’s attention. Ningirsu the war god, for whom Gudea built maces, spears, and axes, all appropriately named for the destructive power of Ningirsu—enormous and gilt. However, the devotion for Ningirsu was especially inspired by the fact that this was Gudea's personal god”. 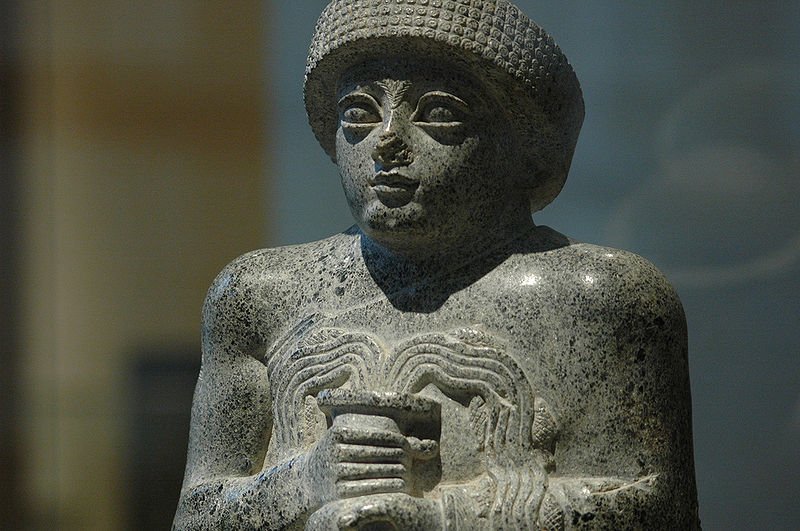 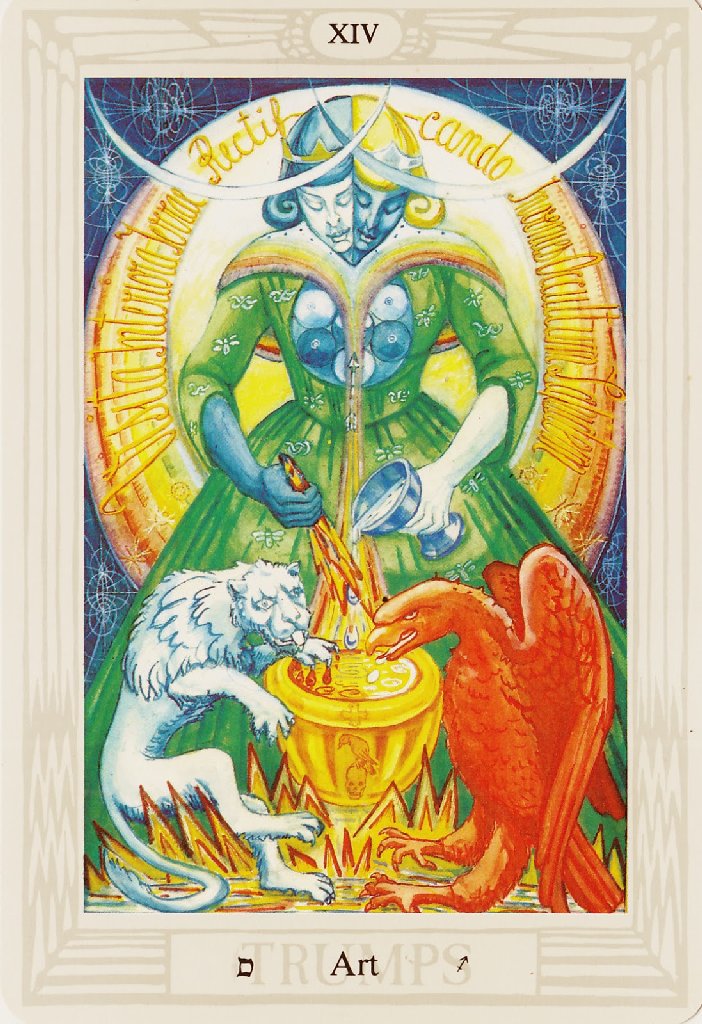 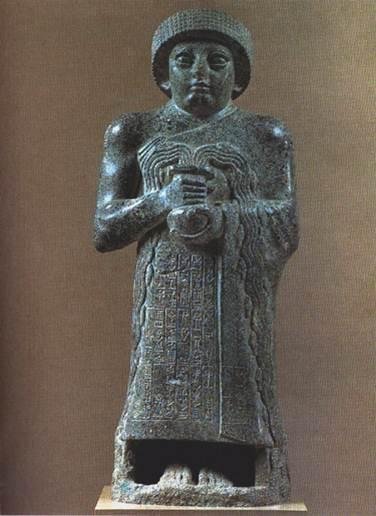