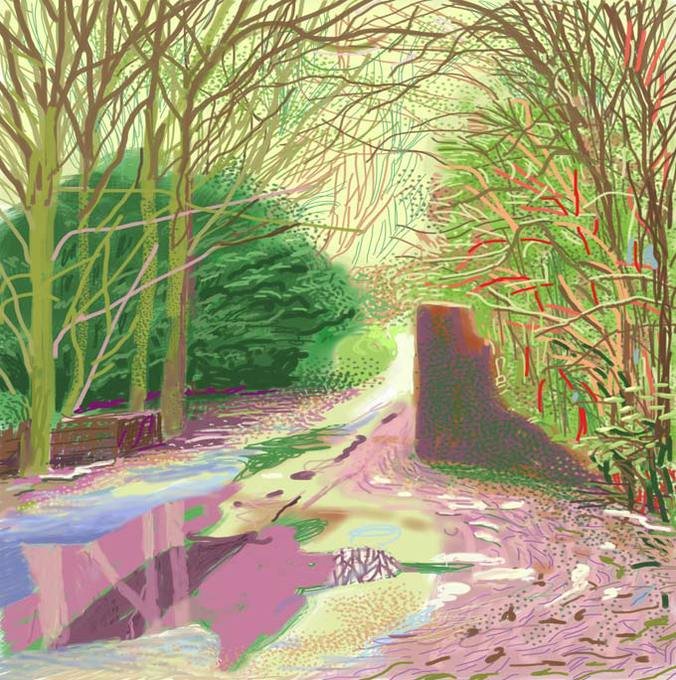 Li Shangyin (c. 813–858) was a Chinese poet of the late Tang Dynasty, born in Henei (now Qinyang, Henan).  He was much admired and "rediscovered" in the 20th century by the young Chinese writers for the imagist quality of his poems.  The painting is David Hockney's

lt’s so hard to be together, and so hard to part: a tender
east wind is powerless: the hundred blossoms crumble:

the heart-thread doesn’t end until the silkworm’s dead,
and tears don’t dry until the candle’s burnt into ash:

she grieves, seeing white hair in her morning mirror,
and chanting at night, she feels the chill of moonlight:

exquisite Paradise Mountain-it isn’t so very far away
and that azure bird can show us the way back anytime.