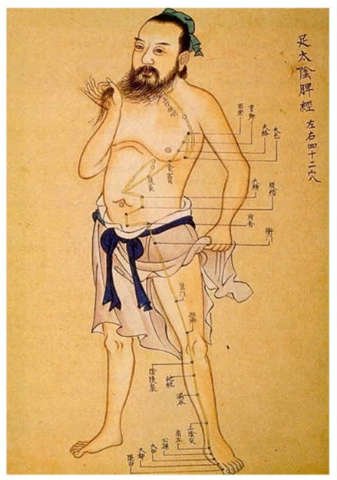 A trigger point is a place on the surface of the body that provides access to the energy flows of the body and via these to the functions of the body.

Analogously, we can think of this like a computer system with its software [our body software] with numerous complex functional dependencies, which are capable of being invoked by some form of physical stimulus – the acupressure points being like the click of a mouse or the pressure of a finger on a touch screen – except we are the touch screen! So a trigger point is a bit like a type of input device.

The objective is to trigger the functions of the organs by stimulating trigger points, or  reconnect damaged links between functions and provide a better ‘throughput’ of the energy between organs.

There are numerous synonyms for trigger points :

How many trigger points are there?

In traditional Chinese medicine (TCM) there are a precise and finite number.  As a consequence, trigger points are referred to in TCM either by their traditional name, or by the name of the meridian on which they are located, followed by a number to indicate what order the point is in on the meridian. 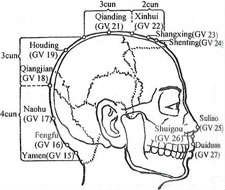 A common point on the hand, for example, is named Hegu, and referred to as LI 4 which means that it is the fourth point on the Large Intestine meridian.

An example is shown left  for the head, which shows both the name and the number.

But there may be many many more trigger points that have not yet been identified.

It is worth noting that Professor Calligari’s mappings are perhaps more detailed and complete than the eastern systems, for more details see the section on Professor Guiseppe Calligaris.