Strategy of the Great Work

Once an objective has been defined for a computer system – or any system for that matter – the next stage is to determine the strategy which will be used to achieve the result required.

A strategy is the means by which an end is to be achieved, the approach chosen to reach that end goal, that objective.  For any one objective there are always a number of strategies that could be adopted, and success or failure depends very often on the choice of strategy, so this stage is crucial to computer system and to any system development.  Let me provide a non-computer example.

Let me assume I have as my objective 'a gold medal at the 2020 Olympics at backstroke in the 100 yards'.[Laughable yes but a good example].

I now have to decide how I am going to do this.

One strategy might be to get myself to the Olympics and swim in the race like I have never swum before [literally!].  But I know and you know that that wouldn't work. I am unfit, overweight, 60+ years old, a bit of a pessimist and although I can swim, it is a long time since I did the backstroke with any enthusiasm. So not a good strategy.

So I look at the objective and I look at my state and decide a better strategy might be to devise a training schedule, lose about 6 stones, get myself an optimistic 'never say die' trainer, swim far more, and find a coach to develop a more positive attitude.  The age is a bit of a problem, but there is not much we can do about that. What chance of success does it have?  Well better than the last strategy, but still a little on the iffy side.

What other options are there?  Well I could go and nobble all the competitors before the race.  This has a higher chance of success as a strategy, but aside from the moral issues, it carries with it a high risk element.  Eventually someone would find out. I might have the medal for a few hours, but that is all.

I think you get the picture now.  Multiple strategies from which one is chosen, which itself consists of a set of approaches to achieving the goal.  The one chosen should be the one with the highest chance of success.  The choice is often based on a balancing act between risk and feasibility.

If we are in any way worried about a strategy, one way to test it is by doing a feasibility study on each of the approaches that make up the overall strategy and thereby improve it.  So for example a test to see whether it was feasible for me to lose 6 stone, or another test to see whether it was feasible to nobble the competitors or find a training coach with that ‘never say die’ approach.

I have no idea whether a feasibility study was done during the creation of our world, not many mystics or philosophers seem to have heard of feasibility studies, but there is an identifiable strategy and it is based, it would seem, on agglomeration,  contrast, diversity, re-use,  competition and co-operation, co-creation and increasing abstract function!

Agglomeration is the grouping together of organisms for the purpose of achieving higher levels of functionality.  It is a major part of the strategy.

There may or may not be a great deal of life in the universe at large, but there is no shortage of ordered self-assembly, in everything from the transfixing symmetry of snowflakes to the comely rings of Saturn

There are four types of agglomeration that have been used:

It appears from studying our current environment that all of the approaches exist in parallel and are also used in combination.  Complex physically permanent organisms, for example, may also form temporary synergistic, symbiotic  or co-operating groups.

So all approaches have been and still are being used.  The strategy is agglomeration but there is no  'preferred approach'. We may now ask, what seems to be the strategy with respect to the functions themselves?  Is there any strategy or is it just functionality without any set direction. 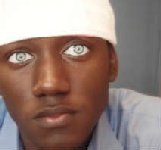 Contrast provides the mechanism of Perception, the means by which we, and all our fellow living creatures, can better understand what has been created and also survive and flourish within the creation.

The Objectives of the Great Work are to maximise or increase functionality on an ongoing basis.  One means by which this appears to have been achieved is via diversity of form.

Multiple forms are developed which incorporate different sorts of new functionality and as they are implemented as a form, they are improved and tested via use.  By monitoring each instance of a form, feedback is received which can provide an insight into how the design can be improved.  Since form follows function it follows that the improvement of a design will be accompanied by an improvement in function.

How is Diversity achieved?

A major part of the strategy of evolution and creation has been to reuse parts.  Anything from small parts like the molecule or cell, to much larger assemblies.

By reusing parts, some major new designs have been possible bringing with them the opportunity for a considerable increase in function.  Reuse is also practised of course when any variant is created, here the increase in function may only be minor, but this is not always true, a small variation in design can sometimes produce significantly increased function.

The first reusable component was the atom and from only a small number of types of atom a myriad of forms have resulted.

In effect the same very small number of elements have been reused both in forming life and in sustaining life. 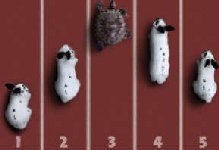 Competition is an essential part of the Strategy of the Great Work.  We can see this from observation.  All of life on earth competes – competes for space and for resources. Why is competition needed, what does it achieve?: 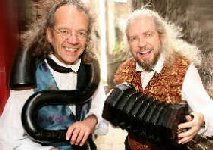 The creation process for a sub-species is delegated to the species itself - the species itself is given ‘creation software’ [functions] and allowed to create additional functions [and forms – art is a form] which usually but not always, apply to itself. 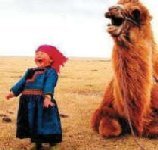