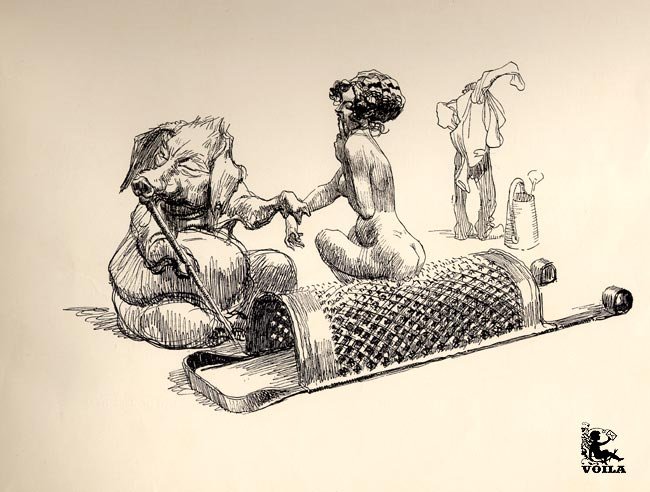 The pig, first and foremost, takes on all animal symbolism, it is thus a means of transport.

The pig is in many cultures, including that of the old Celtic cultures, a symbol of fertility, for the very obvious reason that pigs can have a lot of piglets  - as many as 11 or 12 but even 15 or 16 are not unknown.

Cerridwen, the Triple Goddess, for example was also known as The Great Sow or the Old White One and is a Sow Goddess of ancient Wales who gave gifts of grain, bees and piglets [grain and bees being symbolic].  She was a fertility Goddess.  She borrows much of the symbolism of the Mother and Father.

In both Norse and other northern cultures, the pig is also a symbol of fecundity and plenty – pigs formed part of the staple diet of these Northern races and their ham, blood sausages and fat were key to survival over Winter.

But it is also a symbol of the baser instincts in man when taken to excess.

The pig is an exceptionally intelligent animal extremely close genetically to man. George Orwell’s Animal farm symbolically shows pigs to be the animals who take over man for good reason.  It is, for example, one of the few animals that can be used to study the effects of alcoholism as it is capable of becoming an alcoholic – principally via beer! 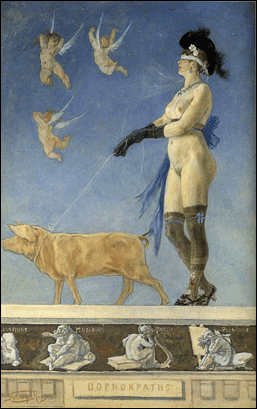 It is capable of extremely advanced reasoning, it can plan and it can also use deception as we found out, as we once kept pigs.  The pigs we had used to escape into the hen run to eat the eggs but very carefully hid their trail by ensuring the post they pulled out to get under the fence was always placed back in its hole.   Pigs are thus occasionally used as a symbol of the misuse of intelligence – the use of intelligence and reason for wholly selfish reasons.

The symbolism is actually rather sad in some respects as pigs are in actuality rather endearing, clever and fun loving creatures who do not eat to excess unless they are bored and who are generally very clean if given a large field to play in.  But there you go, that’s symbolism for you!

From Celtic goddesses
Cerridwen - Triple Goddess. The Great Sow. The Old White One - Sow Goddess of ancient Wales who gave gifts of grain, bees and piglets. A fertility Goddess. Birch Her tree.