Carroll has provided an apparently nonsense verse to provide a mechanism by which he can describe his beliefs.  Carroll knew that corkscrews are helices, asymmetric three dimensional curves that spiral the other way in the looking glass mirror.

He also had a fascination for words.

There are also hints that he knew the tales of Beowulf and the old Nordic sagas, as many an out of body shaman in them gyred and gimbled their way through rock .............

The green pig reference is terribly obscure - to go part way to understanding you need to understamd the symbolism of the green lion, the Green Lion devours the Sun.  It is alchemical in origin.  As you can see this is no children's book! 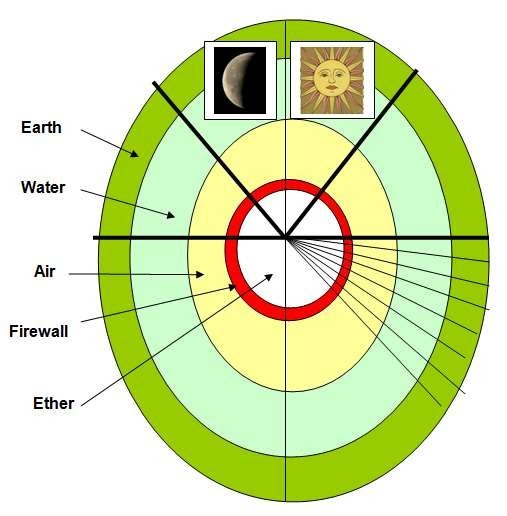 'You seem very clever at explaining words, Sir,' said Alice. 'Would you kindly tell me the meaning of the poem called "Jabberwocky"?'

`Let's hear it,' said Humpty Dumpty. `I can explain all the poems that were ever invented -- and a good many that haven't been invented just yet.'   This sounded very hopeful, so Alice repeated the first verse:

`Twas brillig, and the slithy toves
Did gyre and gimble in the wabe;
All mimsy were the borogoves,
And the mome raths outgrabe.

`That's enough to begin with,' Humpty Dumpty interrupted: `there are plenty of hard words there. "BRILLIG" means four o'clock in the afternoon -- the time when you begin BROILING things for dinner.'

`Well, "SLITHY" means "lithe and slimy." "Lithe" is the same as "active." You see it's like a portmanteau -- there are two meanings packed up into one word.'

`I see it now,' Alice remarked thoughtfully: `and what are "TOVES"?'

`They must be very curious looking creatures.'

`They are that,' said Humpty Dumpty: `also they make their nests under sun-dials -- also they live on cheese.'

`To "GYRE" is to go round and round like a gyroscope. To "GIMBLE" is to make holes like a gimlet.'

'And "THE WABE" is the grass-plot round a sun-dial, I suppose?' said Alice, surprised at her own ingenuity.

'Of course it is. It's called "WABE," you know, because it goes a long way before it, and a long way behind it--'

'And a long way beyond it on each side,' Alice added.

'Exactly so. Well, then, "MIMSY" is "flimsy and miserable" (there's another portmanteau for you). And a "BOROGOVE" is a thin shabby-looking bird with its feathers sticking out all round--something like a live mop.'

'And then "MOME RATHS"?' said Alice. 'I'm afraid I'm giving you a great deal of trouble.'

'Well, a "RATH" is a sort of green pig: but "MOME" I'm not certain about. I think it's short for "from home"--meaning that they'd lost their way, you know.'

'And what does "OUTGRABE" mean?'

'Well, "OUTGRABING" is something between bellowing and whistling, with a kind of sneeze in the middle: however, you'll hear it done, maybe—down in the wood yonder--and when you've once heard it you'll be QUITE content. Who's been repeating all that hard stuff to you?'

'I read it in a book,' said Alice. 'But I had some poetry repeated to me, much easier than that, by--Tweedledee, I think it was.'