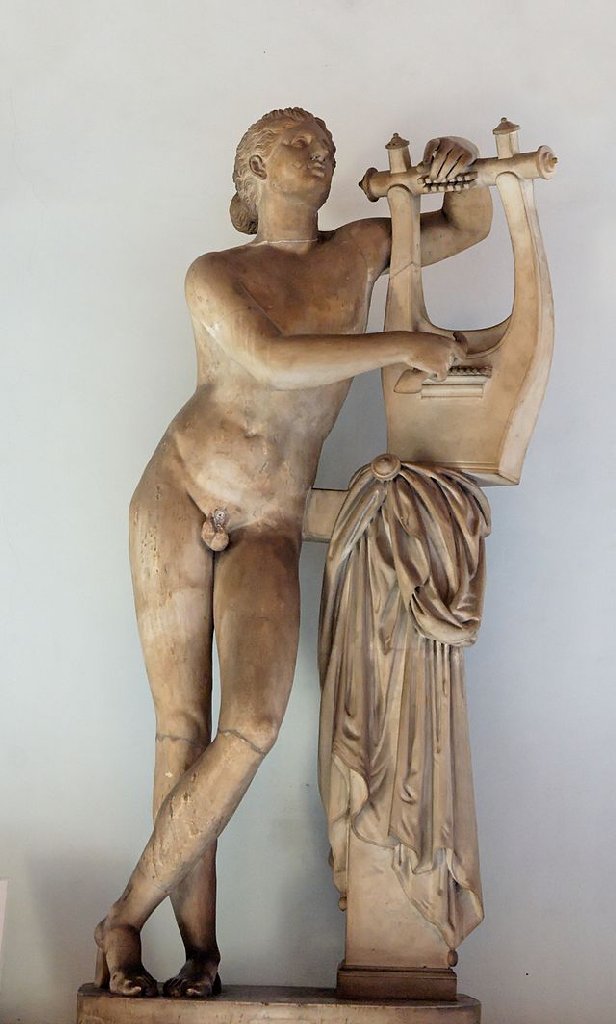 The lyre (Greek: λύρα, lýra) is a string instrument similar in appearance to a small harp but with distinct differences. The word comes via Latin from the Greek; the earliest reference to the word is the Mycenaean Greek ru-ra-ta-e, meaning "lyrists" and written in the Linear B script.  This connection alone makes it an interesting instrument as it is likely to be connected with the Word and ‘spells’.

The lyres of Ur, excavated in ancient Mesopotamia (modern Iraq), date to 2500 BC. The earliest picture of a lyre with seven strings appears in the famous sarcophagus of Hagia Triada (a Minoan settlement in Crete), which would connect the instrument with the Mystery religions. The sarcophagus was used during the Mycenaean occupation of Crete (1400 BC).

The lyre of classical antiquity was ordinarily played by being strummed with a plectrum, rather than being plucked with the fingers as with a harp. The fingers of the free hand silenced the unwanted strings in the chord. However, later lyres were played with a bow, including in Europe and parts of the Middle East.  Thus we also have incorporated in the symbolism that of the bow.

Reproduction of the lyre from the Sutton Hoo royal burial
(England), late 6th/early 7th century AD.  The reconstruction
shows only 6 strings, which is not symbolically accurate,
as at the top we have the Planets and the twin tunnels
leading to the planets.  In effect the lyre was the musical
instrument of a god.

The lyre also takes on some of the symbolism of all musical instruments.

A serial development of a similar kind is that effected by Arnold Schoenberg in our day by giving the same value to chromatic notes as to the notes of the diatonic scale, creating in place of the old scale of seven notes, a new one of twelve.

Lyres were used practically in the past as a form of harp and have a similar reputation for being to emulate and reproduce celestial music - both by the tuning they used in those days, and because their sound so closely resembled the harmony heard.