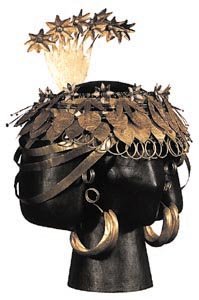 Puabi (Akkadian: "Word of my father"), also called Shubad due to a misinterpretation by Sir Charles Leonard Woolley, was an important person in the Sumerian city of Ur, during the First Dynasty of Ur (ca. 2600 BC). Commonly labeled as a "queen", her status is in dispute by archaeologists because they do not know the symbolism of the king and queen. Several cylinder seals in her tomb identify her by the title "nin" or "eresh", a Sumerian word which can denote a queen or a priestess. And if you refer to the symbolism you should see that she could be both.

What is apparent from the description is that High Priestesses were regarded with enormous respect and reverence “her tomb had been untouched by looters through the millennia “ and just like the Geisha, were wealthy.  The headdress mentioned below is a sort of crown and has a decoration which is symbolic of the opened crown chakra – in effect a person who is in touch with the moon the sun and the stars.  Fully enlightened – having reached the end of the spiritual path – annihilation.

The presence of the lyre also indicates that music was also key to her skills. 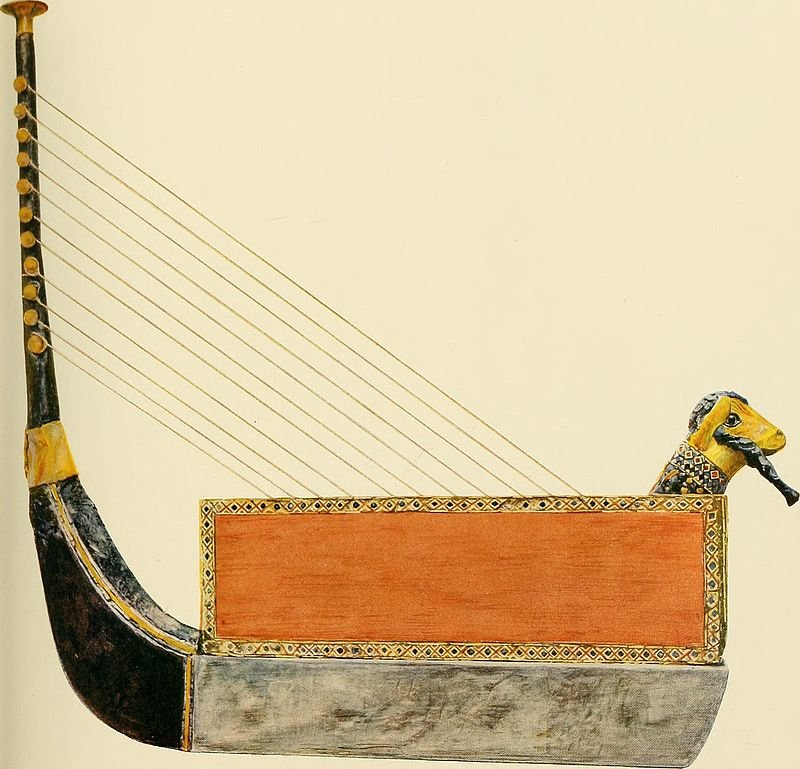 British archaeologist Leonard Woolley discovered the tomb of Puabi, which was excavated by his team along with some 1800 other graves at the "Royal Cemetery of Ur" between 1922 and 1934. Puabi's tomb was clearly unique among the other excavations; not only because of the large amount of high quality and well-preserved grave goods, but also because her tomb had been untouched by looters through the millennia. The amount of grave goods that Woolley uncovered in Puabi's tomb was staggering: a magnificent, heavy, golden headdress made of golden leaves, rings, and plates; a superb lyre, complete with the golden and lapis-lazuli encrusted bearded bulls head; a profusion of gold tableware; golden, carnelian, and lapis lazuli cylindrical beads for extravagant necklaces and belts; a chariot adorned with lioness' heads in silver, and an abundance of silver, lapis lazuli, and golden rings and bracelets. 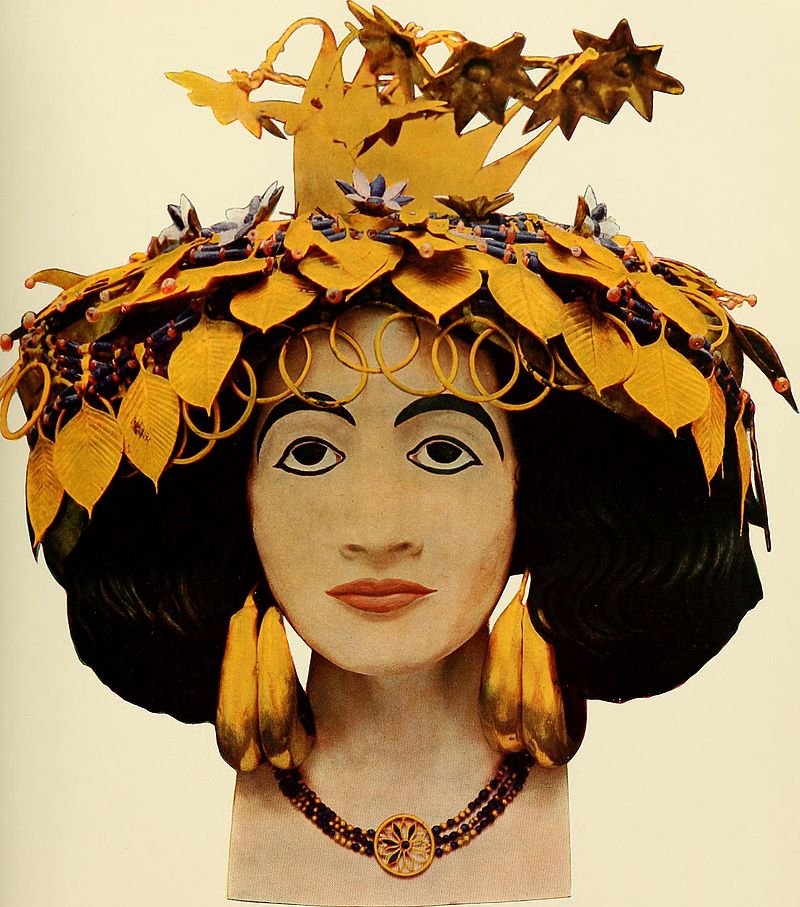