Bread represents Spirit input.  Personally I find it jars somewhat with the other symbols chosen for this concept, but there is a sort of odd logic to the choice.  Bread symbolises spiritual nourishment, spiritual experiences – everything from a simple crumb to a full blown loaf!!  It ties in with the symbolism of grain and seeds.   Thus it is more symbolical of the content than the energy itself. 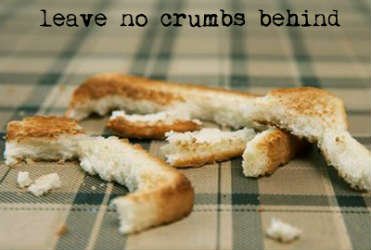 So there is a subtle difference here, ‘bread’ is symbolic of the little fragments of spiritual wisdom, intuition, inspiration and so on that  we get during spiritual experience, as opposed to the spiritual energy itself. 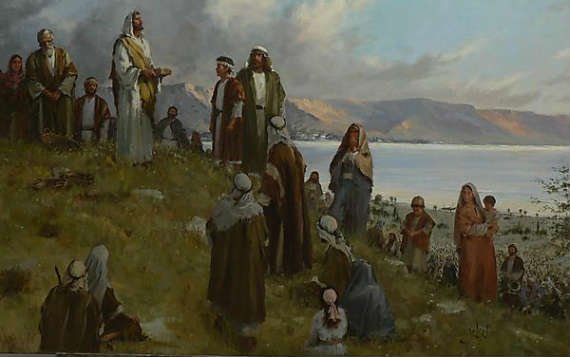 1After these things Jesus went over the sea of Galilee, which is the sea of Tiberias.

2And a great multitude followed him, because they saw his miracles which he did on them that were diseased.

3And Jesus went up into a mountain, and there he sat with his disciples.

4And the passover, a feast of the Jews, was nigh.

5When Jesus then lifted up his eyes, and saw a great company come unto him, he saith unto Philip, Whence shall we buy bread, that these may eat?

6And this he said to prove him: for he himself knew what he would do.

7Philip answered him, Two hundred pennyworth of bread is not sufficient for them, that every one of them may take a little.

8One of his disciples, Andrew, Simon Peter's brother, saith unto him,

9There is a lad here, which hath five barley loaves, and two small fishes: but what are they among so many?

10And Jesus said, Make the men sit down. Now there was much grass in the place. So the men sat down, in number about five thousand.

11And Jesus took the loaves; and when he had given thanks, he distributed to the disciples, and the disciples to them that were set down; and likewise of the fishes as much as they would.

12When they were filled, he said unto his disciples, Gather up the fragments that remain, that nothing be lost.

13Therefore they gathered them together, and filled twelve baskets with the fragments of the five barley loaves, which remained over and above unto them that had eaten.

The Complete Poems of Emily Dickinson