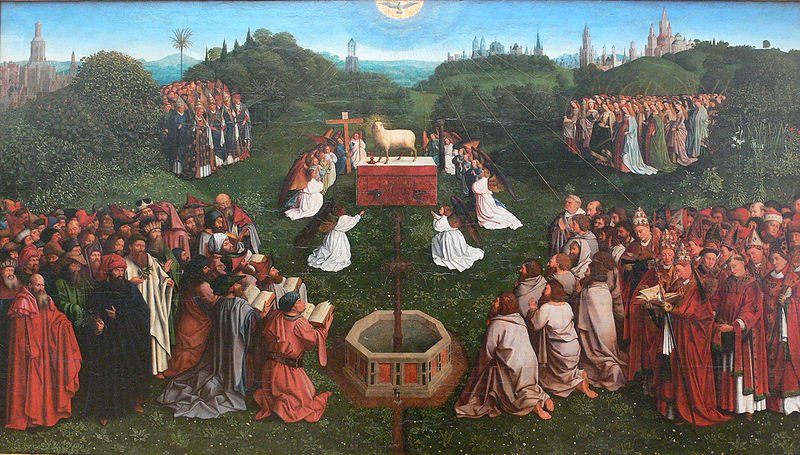 The altar is a symbol of sacrifice.  It is most important, however, that the concept of sacrifice is read in full, as the symbolic and conceptual was in the past made literal with tragic results.

In order for the Great Work to progress, the Intelligences allow one of their number to become physical.  The objective is to provide those on earth with new ideas and guidance to take them through to perhaps the next stage of the plan.  Anyone of a god like nature who comes to earth has already made a sacrifice, as such this is the first level at which the concept applies.  This person, in an entirely literal sense, is also [generally] not allowed to have children, in order that their energies are not diverted, thus this is the second idea of sacifice and embodies something of the idea of castration as a symbolic concept.

In essence, therefore, and symbolically a person who is of great importance spiritually will be 'sacrificed' and the place they are sacrificed is an altar.

Altars are found in Sacred geography and were used practically to 'make gods' in the Mystery religions.