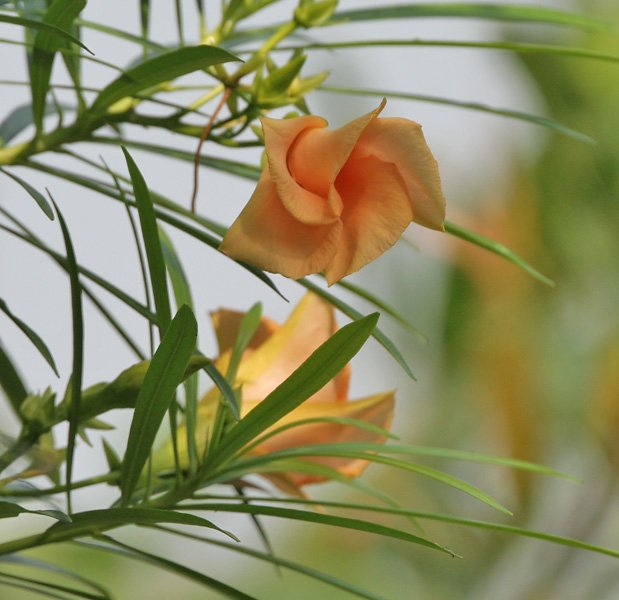 Cascabela thevetia (syn: Thevetia peruviana) is a poisonous plant whose name is derived from the word 'Cascabel', 'cascavel' or 'cascabela',  Spanish for a small bell, a snake's rattle or a rattlesnake itself.

Wikipedia
The allusion may be to the plant's toxicity comparable to the venom of a rattlesnake. The specific name 'thevetia' commemorates André de Thevet (1516-1590), a French Franciscan priest and explorer, who explored Brazil.

It is a relative of Nerium oleander, giving it a common name yellow oleander, and is also called lucky nut in the West Indies [!].  Dr Duke lists a number of other common names 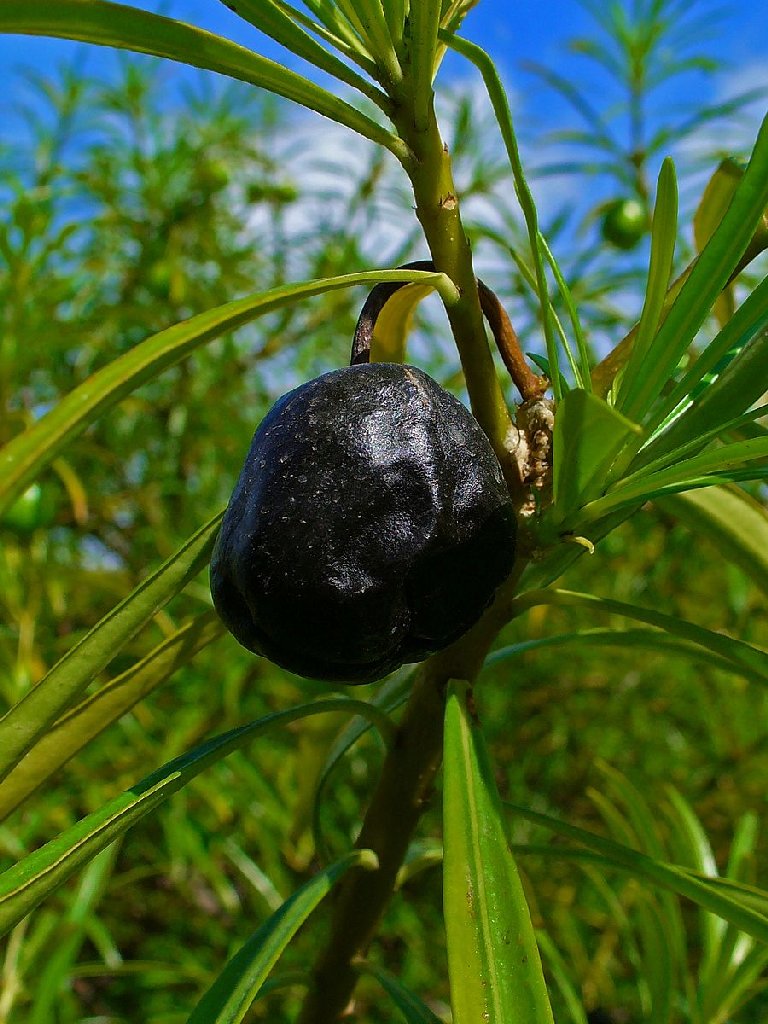 Cascabela thevetia is cultivated as an ornamental plant, and planted as large flowering shrub or small ornamental tree standards in gardens and parks in temperate climates. In frost prone areas it is container plant, in the winter season brought inside a greenhouse or as a house plant. It tolerates most soils and is drought tolerant.

Medicinally this does not look too promising, but it does have its uses.

Yellow oleander is native to central and southern Mexico and Central America, and cultivated widely as an ornamental.

Cacabela thevetia is an evergreen tropical shrub or small tree. Its leaves are willow-like, linear-lanceolate, and glossy green in colour. They are covered in waxy coating to reduce water loss (typical of oleanders). Its stem is green turning silver/grey as it ages. 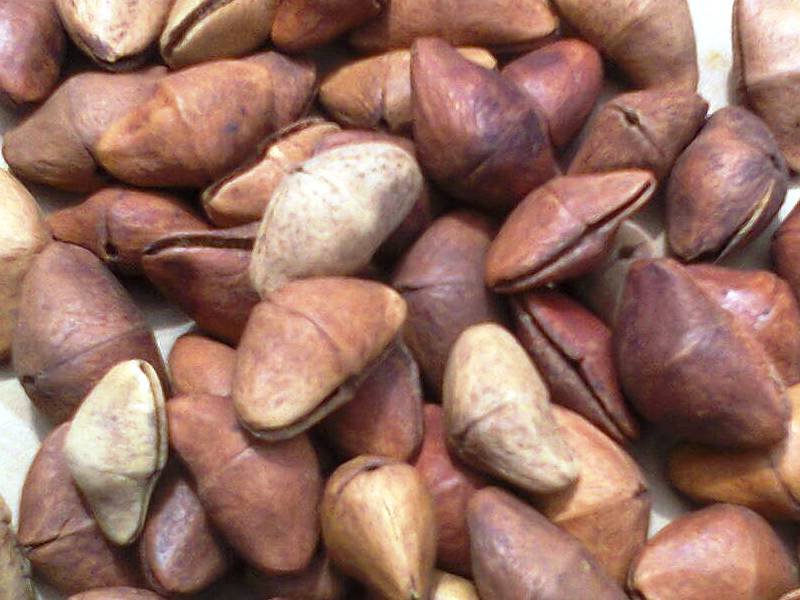 All parts of the C. thevetia plant are poisonous to most vertebrates as they contain cardiac glycosides. Many cases of intentional and accidental poisoning of humans are known. 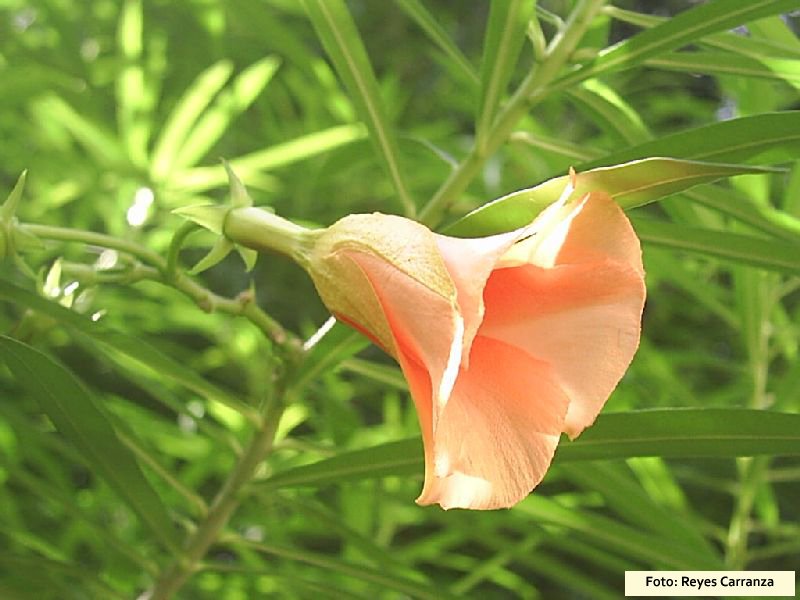 Wikipedia
The main toxins are the cardenolides called thevetin A and thevetin B; others include peruvoside, neriifolin, thevetoxin and ruvoside. These cardenolides are not destroyed by drying or heating and they are very similar to digoxin from Digitalis purpurea. They produce gastric and cardiotoxic effects. Antidotes for treatment include atropine and digoxin antibodies and treatment may include oral administration of activated charcoal. Ovine polyclonal anti-digitoxin Fab fragment antibody (DigiTAb; Therapeutic Antibodies Inc.) can be used to treat T. peruviana poisoning, but for many countries the cost is prohibitive.  In South India and in Sri Lanka swallowing the seeds of Thevetia peruviana (Kaneru කණේරු (Sinhala), Manjal arali(Tamil) ) is one of the preferred methods for suicides in villages where they are grown in abundance.

A few bird species are however known to feed on them without any ill effects.

One man’s poison may be another man’s life saver, though the therapeutic windows is of course small:

The oleander is an attractive and hardy shrub that thrives in tropical and subtropical regions. The common pink oleander, Nerium oleander, and the yellow oleander, Thevetia peruviana, are the principle oleander representatives of the family Apocynaceae. Oleanders contain within their tissues cardenolides that are capable of exerting positive inotropic effects on the hearts of animals and humans. The cardiotonic properties of oleanders have been exploited therapeutically and as an instrument of suicide since antiquity. The basis for the physiological action of the oleander cardenolides is similar to that of the classic digitalis glycosides, i.e. inhibition of plasmalemma Na+,K+ ATPase. Differences in toxicity and extracardiac effects exist between the oleander and digitalis cardenolides, however. Toxic exposures of humans and wildlife to oleander cardenolides occur with regularity throughout geographic regions where these plants grow. The human mortality associated with oleander ingestion is generally very low, even in cases of intentional consumption (suicide attempts). PMID:  8619248

The plant's toxins have tested in experiments for uses in biological pest control. T. peruviana seed oil was used to make a 'paint' with antifungal, antibacterial and anti-termite properties. 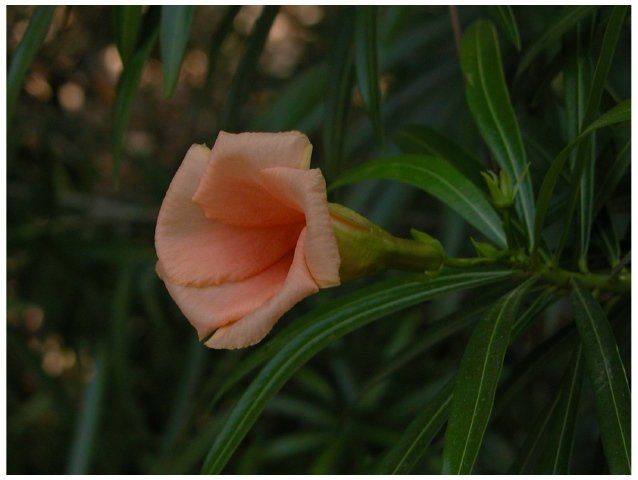