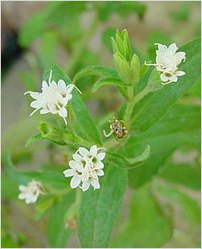 It was somewhat difficult to know whether to classify Stevia as food or a medicine, as it is both.  As it is generally used as a sugar substitute, however, it seemed more appropriate to label it as a medicine.

Stevia rebaudiana is a plant species in the genus Stevia of the sunflower family (Asteraceae), commonly known as candyleaf, sweetleaf, sweet leaf, or sugarleaf.  Stevia is widely grown for its sweet leaves, which are the source of sweetener products known generically as stevia and sold under various trade names. The active compounds are various steviol glycosides (mainly stevioside and rebaudioside), which have 250–300 times the sweetness of sugar.

The leaves can be eaten fresh, or put in teas and foods.

Stevia is typically planted in March/April (depending on region) outside of normal frost periods and harvested in late summer, or early fall. Depending on the growing region, stevia is grown as an annual or perennial. 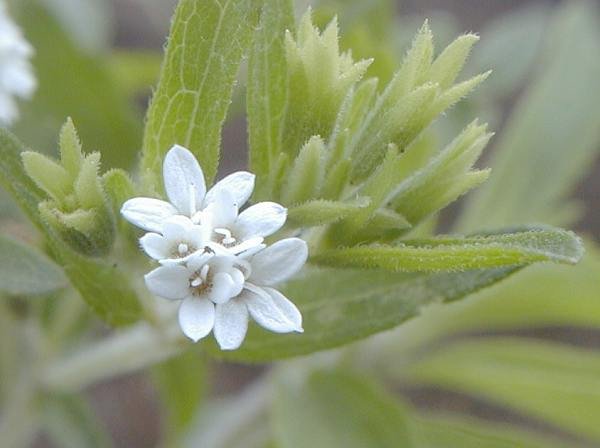 Stevia rebaudiana is a tender perennial native to parts of Brazil and Paraguay that favours humid, wet environments, although the root does not tolerate standing water. 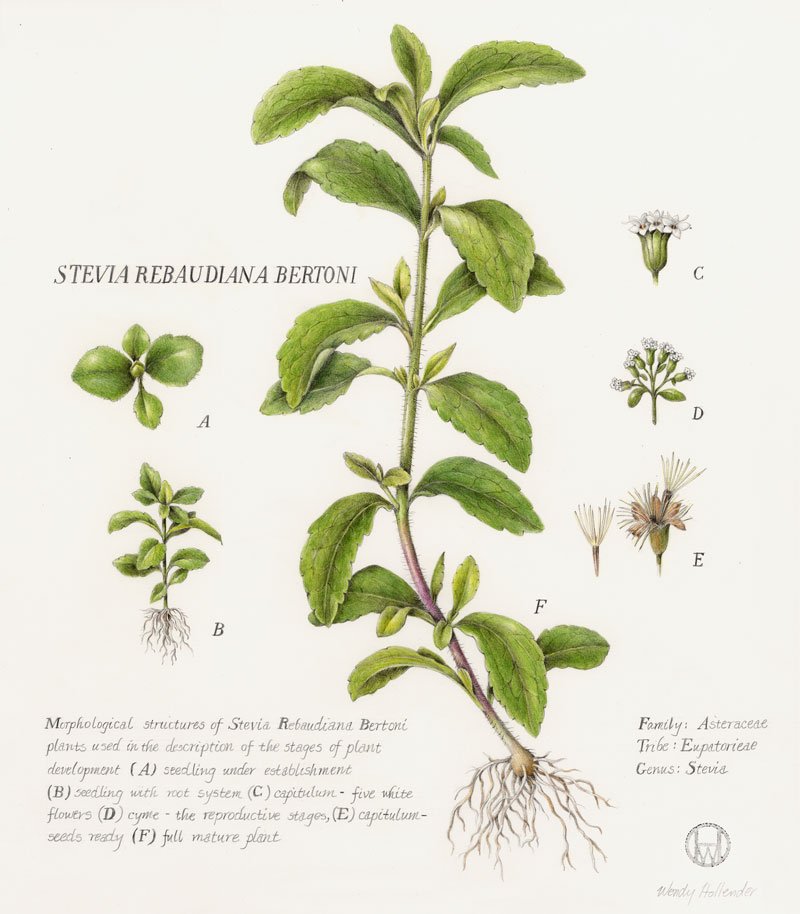 Today, Stevia rebaudiana is cultivated and used to sweeten food elsewhere -  in East Asia including China (since 1984), Korea, Taiwan, Thailand, and Malaysia. It can also be found in Saint Kitts and Nevis, Brazil, Colombia, Peru, Paraguay, Uruguay, and Israel.

Stevia has been grown on an experimental basis in Ontario, Canada since 1987 to determine the feasibility of commercial cultivation.

Duke University researchers developed a strategic plan to assist farmers and exporters in Paraguay to compete in the global market for stevia.

The plant has been used for more than 1500 years by the Guaraní people of Brazil and Paraguay, who called it ka'a he'ê ("sweet herb"), to sweeten the local yerba mate tea, as medicine, and as a "sweet treat".

In 1899, botanist Moisés Santiago Bertoni first described the plant as growing in eastern Paraguay, and observed its sweet taste.

In 1931, chemists M. Bridel and R. Lavielle isolated the glycosides stevioside and rebaudioside that give the leaves their sweet taste. The exact structure of the aglycone and the glycoside was published in 1955.