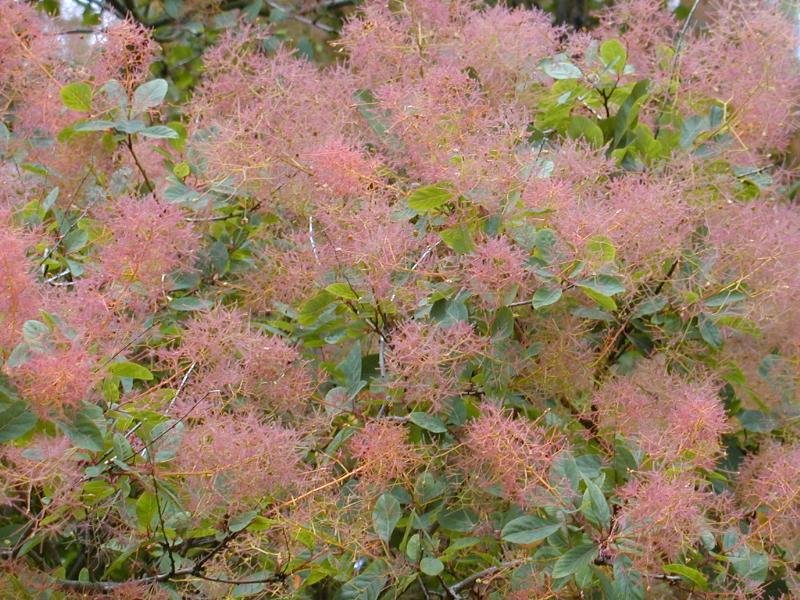 Cotinus coggygria, syn. Rhus cotinus (Eurasian smoketree, smoke tree, or smoke bush) is a species of flowering plant in the family Anacardiaceae, native to a large area from southern Europe, east across central Asia and the Himalayas to northern China.

The wood was formerly used to make the yellow dye called young fustic. 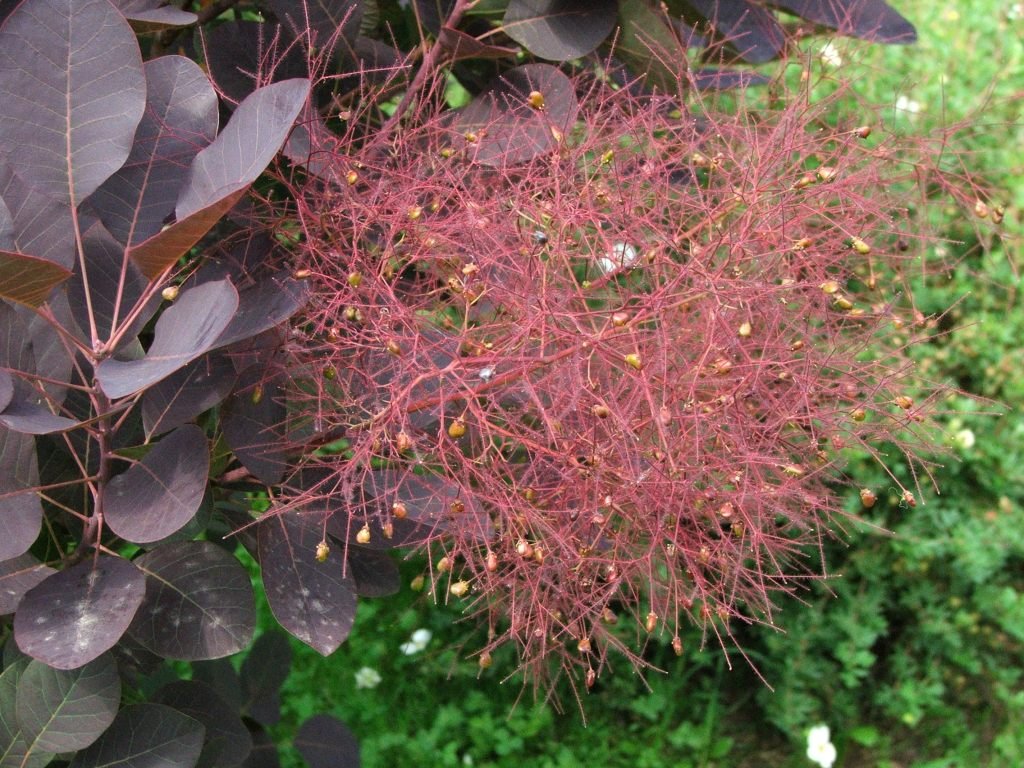 Cotinus coggygria is a multiple-branching shrub growing to 5–7 m (16–23 ft) tall with an open, spreading, irregular habit, only rarely forming a small tree. The leaves are 3-8 cm long rounded ovals, green with a waxy glaucous sheen.

The autumn colour can be strikingly varied, from peach and yellow to scarlet.

The flowers are numerous, produced in large inflorescences 15–30 cm (5.9–11.8 in) long; each flower 5-10 mm diameter, with five pale yellow petals. Most of the flowers in each inflorescence abort, elongating into yellowish-pink to pinkish-purple feathery plumes (when viewed en masse these have a wispy 'smoke-like' appearance, hence the common name) which surround the small (2-3 mm) drupaceous fruit that do develop. 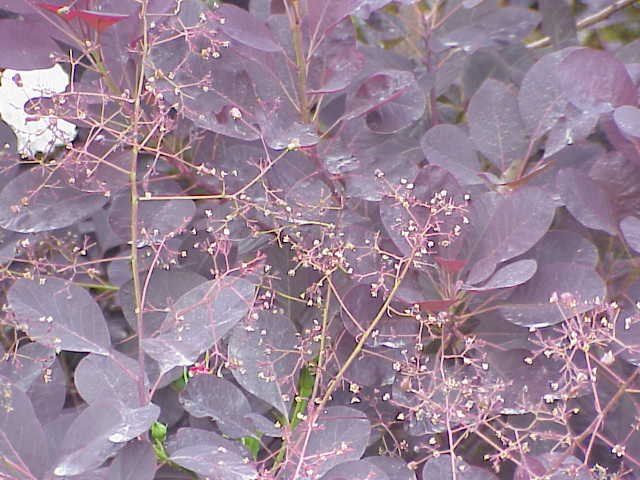 The bush is not recognised for any direct medicinal value from a general human standpoint, but from research it appears to have very good bioremedial potential – healing the planet.  As it is such a beautiful plant, it would be an asset in any landscape.

It is commonly grown as an ornamental plant, with several cultivars available. Many of these have been selected for purple foliage and flowers.  The species and its cultivars 'Royal Purple' and 'Flame' have gained the Royal Horticultural Society's Award of Garden Merit, but whether these have the same bioremedial potential is not known.