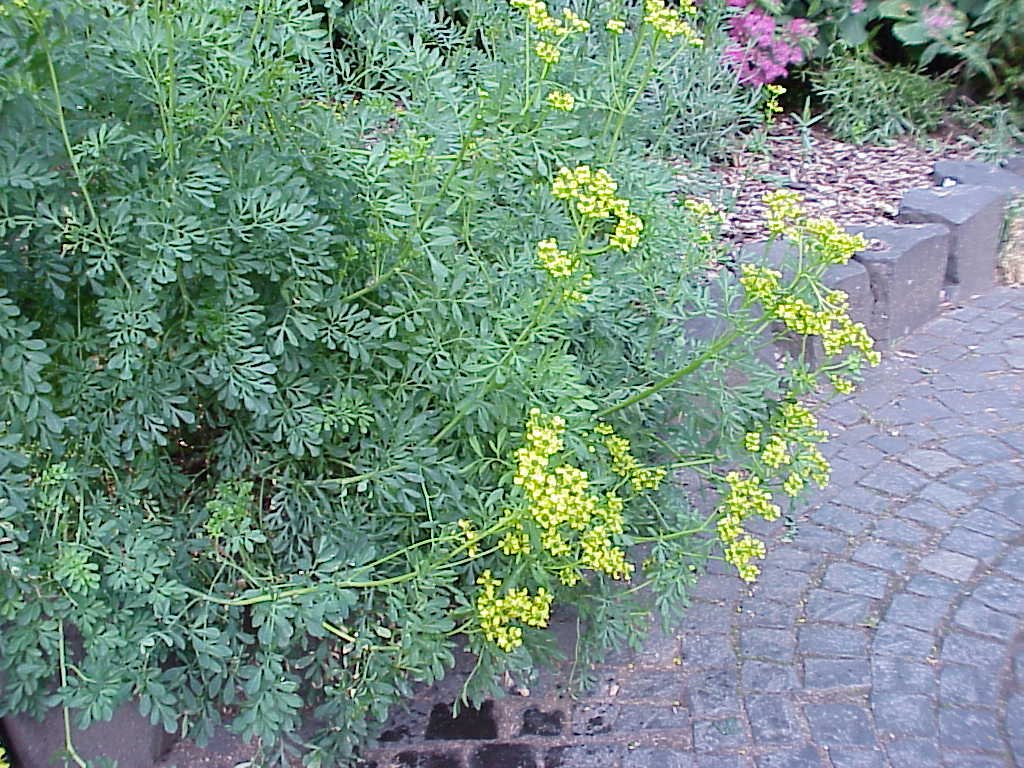 Ruta graveolens — commonly known as rue, common rue or herb-of-grace — is a species of Ruta grown as a herb.

It is native to the Balkan Peninsula.

It is now grown throughout the world as an ornamental plant in gardens, especially because of its bluish leaves, and also sometimes for its tolerance of hot and dry soil conditions. It is also cultivated as a medicinal herb, and to a lesser extent as an insect repellent.

Unlike many of the herbs on this site, it should not be treated as a culinary herb but a medicine.  This is because its properties are quite dangerous if misused.  This is one herb you do need to know well.

The Tacuinum Sanitatis, a medieval handbook on wellness, lists these properties of rue: