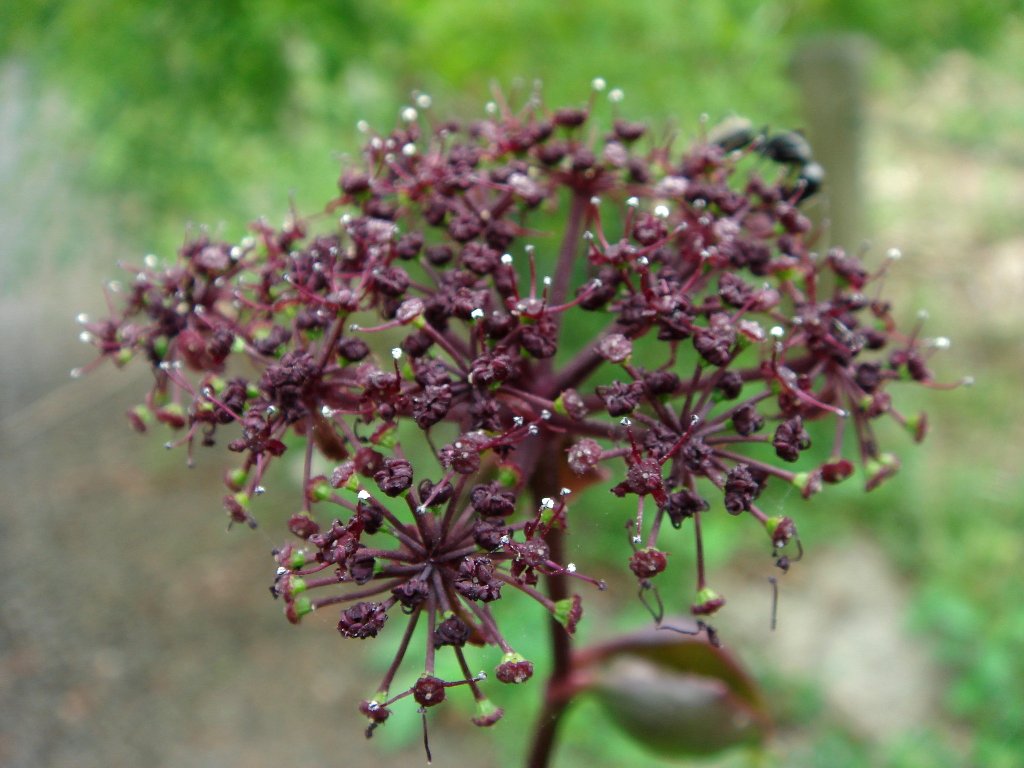 Qian Hu is the name given to a herb used in Traditional Chinese medicine.  Peucedanum is a genus in the family Apiaceae, in which there are a dozen of flowering species. Medicinally Qian Hu mainly refers to the dried root of Peucedanum praeruptorum Dunn or Peucedanum decursivum Maxim. Other names of this herb include Hog’s Fennel, Radix Peucedani, and Peucedanum Root.

Its main medicinal part is the root. It is used in TCM as “a vital medicine to help cough up mucus, in particular yellow mucus”, it is commonly used in the treatment of ailments that are associated with the symptoms of coughing and phlegm, such as cough after cold, acute and chronic bronchitis, viral influenza, pneumonia, etc. In other words it is an antiviral.

The roots are usually collected in autumn and winter or early spring when the cauline leaves perish or before the flower stalk appears. After that the fibrous roots are cleaned of any soil, dried in the sun, and then sliced. It is normally used raw or baked with honey.  The honey gives the medicine anti-bacterial activity as well. 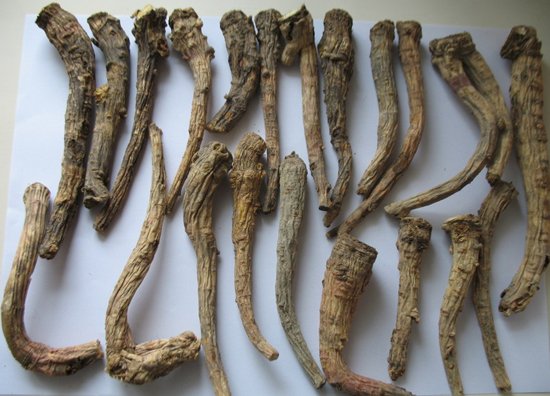 In China P. praeruptorum is primarily produced in Zhejiang, Henan, Hunan, and Sichuan and P. decursivum is mostly grown in Jiangxi, Anhui, Hunan, and Zhejiang.

Peucedanum praeruptorum is a perennial herb, 30 to 120 cm in height. Root is conical. Erect stem is single and branched in upper part. Basal and lower leaves are papery, from rounded to broadly ovate, and 5 to 9cm long. Compound umbel is acrogenous or axillary and with 7 to 18 inflorescence stems; white petals are widely oval or nearly circular; stamens are 5 and with ovoid anthers; hairy ovary has 2 very short styles. Cremocarp is oval or ovoid, smooth, and glabrous. Bloom time is from August to October and fruiting time is from October to November.

Peucedanum decursivum is also a perennial herb, 70 to 140cm long. Conical root is from brownish yellow to brown and with strong aroma. Single stem is erect, round, and with edges on surface. Papery basal and lower leaves are triangular-ovate, and 1- or 2-pinnatisect. Acrogenous compound umbel is with unequal 12 to 20 inflorescence stems; purple petals are long ovate. Elliptic mericarp is 4 to 7mm long. Flowering time is from August to September and fruiting season is from September to October. 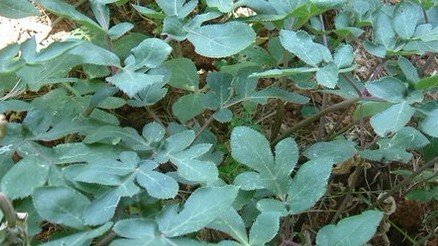 Dr Duke’s analysis as of May 2016 was as follows.  A more up-to-date analysis can be found by going to his website – Dr Duke’s Phytochemical database

In addition to these chemicals, the herb has been extensively studied by many Chinese and Taiwanese researchers, as such, a full picture is starting to emerge.  For example: 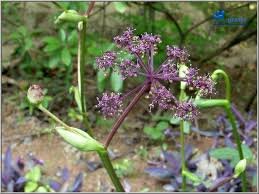 As mentioned above, Peucedanum is used for ‘productive coughs’.  TCM does not treat all coughs with this medicine, but explores further to try to find the cause.  If it appears to be viral then this herb can be used.

Coughing with mucus, as its name implies, is characterized by coughing and phlegm. Other corresponding symptoms are usually accompanied according to the different causes and reactions of the body. The one caused by cold is usually acute and with a shorter duration, mostly accompanied by fever, headache, chills, etc. The one caused by internal injuries is usually without exogenous symptoms, chronic, and often accompanied by organ dysfunction syndromes.

Bai Qian (Cynanchum) and peucedanum root are often used together.

cynanchum is of warm nature and with stronger expectorant effect, which is more for cough due to internal injuries and cold phlegm; on the contrary, peucedanum is of slightly cold nature and with ability of dispersing wind-heat, which is ideal for exogenous wind-heat or phlegm-heat cough and asthma.

It is worth adding that this plant is currently the subject of intensive research to establish all its properties and activities.

The following description came from a TCM website.  We do not know whether it is accurate, but it is of interest.

The Chinese Pharmacopoeia says that it is bitter and acrid in flavor and slightly cold in nature. And it goes to meridian lung. Common functions are dispersing wind, clearing heat, descending qi, and transforming phlegm. Prime peucedanum use and indications include wind-heat cough with excessive mucus in throat, phlegm-heat wheezing cough, and coughing up yellowish green mucus. Recommended dosage is from 3 to 9 grams.

4. Yi Wu Qian Hu Wan from Wai Tai Mi Yao (The Secret Medical Essentials of a Provincial Governor). It is used along to make honey pills for baby crying at night for no reason.

Peucedanum side effects and contraindications