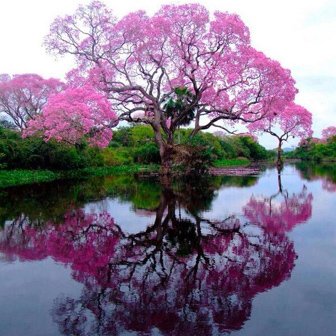 Handroanthus is a genus of flowering plants in the family Bignoniaceae. It consists of 30 species of trees, known in Latin America by the common names poui, pau d'arco, or ipê. The latter sometimes appears as epay or simply ipe (unaccented) in English.

The large timber species are sometimes called lapacho or guayacan, but these names are more properly applied to the species Handroanthus lapacho and Handroanthus guayacan, respectively.

The name Handroanthus was established in 1970, but was not generally accepted. In 1992, its species were included in Tabebuia in the most recent revision of that genus. Handroanthus was resurrected in 2007 when a comparison of DNA sequences by cladistic methods showed that Tabebuia, as then circumscribed, was not monophyletic.

The nectar of Handroanthus flowers is an important food source for several species of bees and hummingbirds. 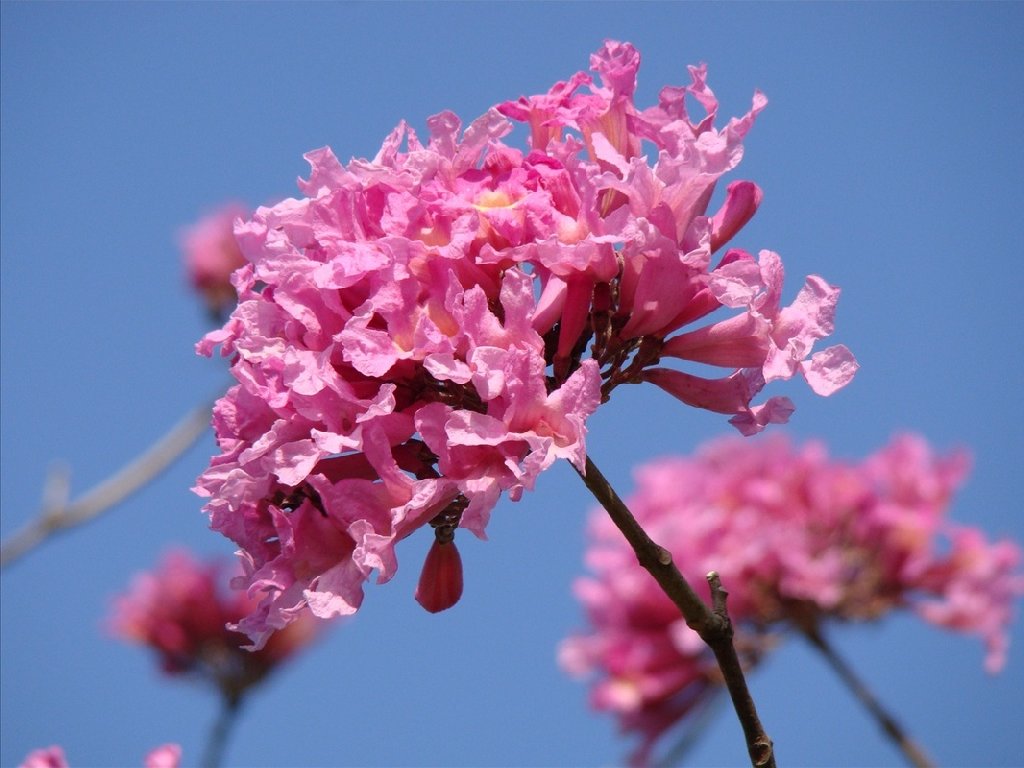 Handroanthus is indigenous from Central America to northern Argentina, Paraguay and Chile, with one species, Handroanthus billbergii, native to northern South America and the Antilles.

Handroanthus is frequently cultivated far from its natural range, as an ornamental tree, for its large and showy flowers. It easily becomes naturalized where it is introduced because its seeds are prolifically produced and widely scattered by the wind. Several species are important timber trees of the American tropics.

The following description is from the paper that ‘resurrected’ Handroanthus in 2007.

Handroanthus is distinguished from Tabebuia by several morphological characters. The wood is among the hardest and heaviest known. 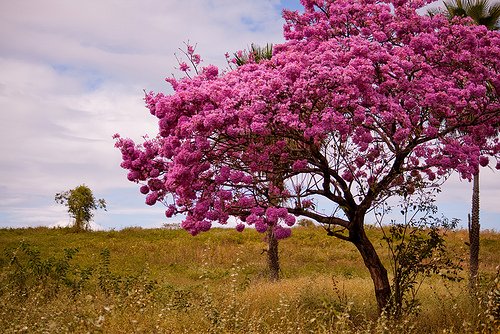 As of writing these trees have become the subject of extensive research – bark, flowers, fruit and leaves are all under investigation.  The observations show some of the research results.

Tea from the inner bark of Pink Ipê (Handroanthus impetiginosus) is known as pau d'arco, lapacho, or taheebo. Taheebo has been used for years in Central America and South America to treat a number of diseases including Eczema, Candidiasis, Fungal infections and cancer.  Other species with significant folk medical use are Handroanthus albus and Handroanthus serratifolius. 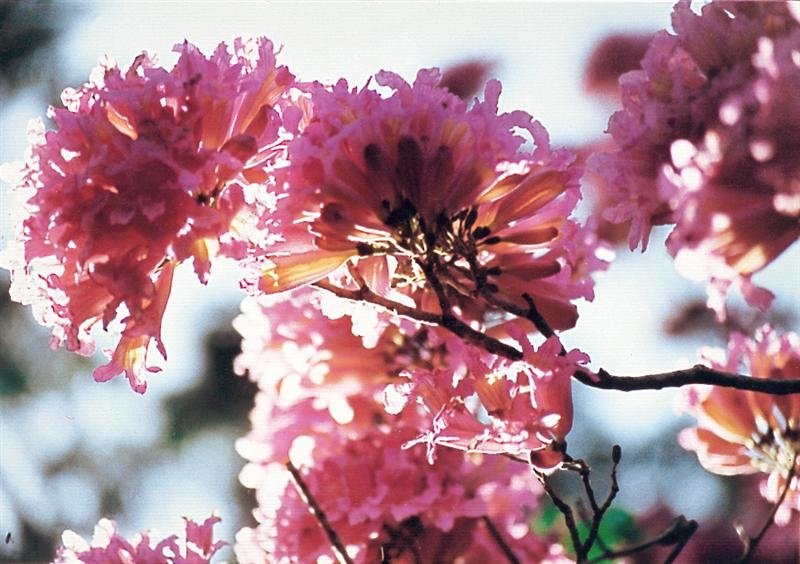