Oxytocin is an endogenous chemical that binds to oxytocin receptors.  It is a chemical that is released during love making,  sexual arousal and childbirth.  It has its own receptors in the brain, the spinal cord and in the genital organs.  OT receptors have also been identified in the kidney, heart, thymus, pancreas, and adipocytes.

More details on the chemical can be found in the science section under - Oxytocin, here you will find some Pubmed papers on its functions and what we know about it so far.

In essence, however, it is key to the sexually based activities as well as  being a potentially healing neurotransmitter.  It is also key in relaxation, chemically Oxytocin  affects the GABA receptor switching it from excitatory to an inhibitory state. 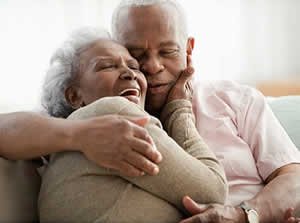 Oxytocin is generally released from the pituitary gland into the blood from where it travels via the blood stream to the rest of the body.  OT receptors are found in Leydig cells, also known as interstitial cells of Leydig, in the testicles.  And it has been shown that these have the capacity to produce oxytocin ‘de novo’ – by themselves.

The same things appears to happen with women, except it is the corporus luteum in the ovaries that does the work. Furthermore the heart can also produce oxytocin.

Functionally and to put it very crudely it is the sexual stimulation and love neurotransmitter par excellence, for this reason, it is sometimes referred to as the "love hormone". It

Oxytocin needs cholesterol and magnesium to be produced.

Some good sources of magnesium in foods include  - green vegetables such as spinach [because of the abundance of chlorophyll molecules which contain the ion], nuts (especially cashews and almonds), seeds, dark chocolate, roasted soybeans, bran, and some whole grains.

The activity Sexy eating shows you what to eat and what to do to.  Being naked in the sun also helps.