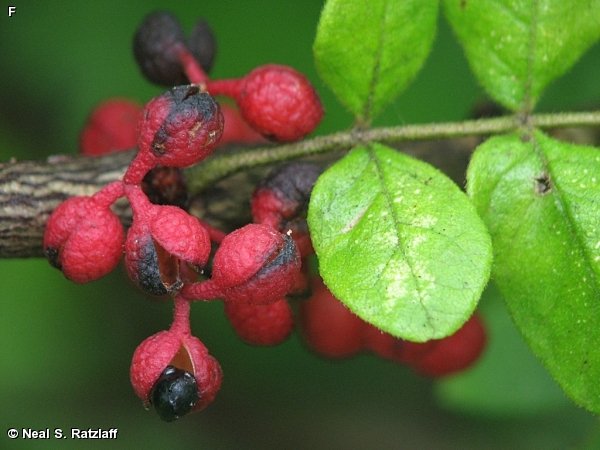 Originally described by Scottish botanist Philip Miller in 1768, Zanthoxylum americanum is a member of the wide-ranging genus Zanthoxylum in the plant family Rutaceae, which includes many species with aromatic foliage. It is the northernmost New World species in the citrus (Rutaceae) family, and is part of the same genus as sichuan pepper. 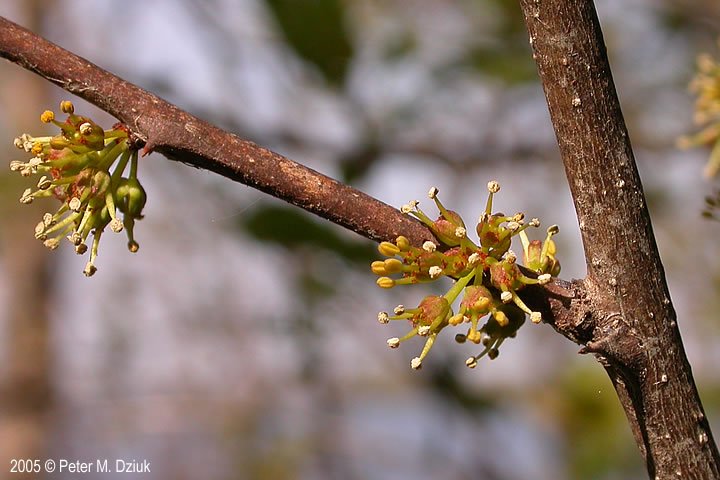 The plant has pinnately compound leaves with 5–11 membranous leaflets. It has axillary flower and fruit clusters. The buds are hairy. The dark green leaves are bitter-aromatic, with crenate margins. The stalked follicles are green and then turn red through deep blue through black.

Flowers are dioecious, with yellow-green petals. 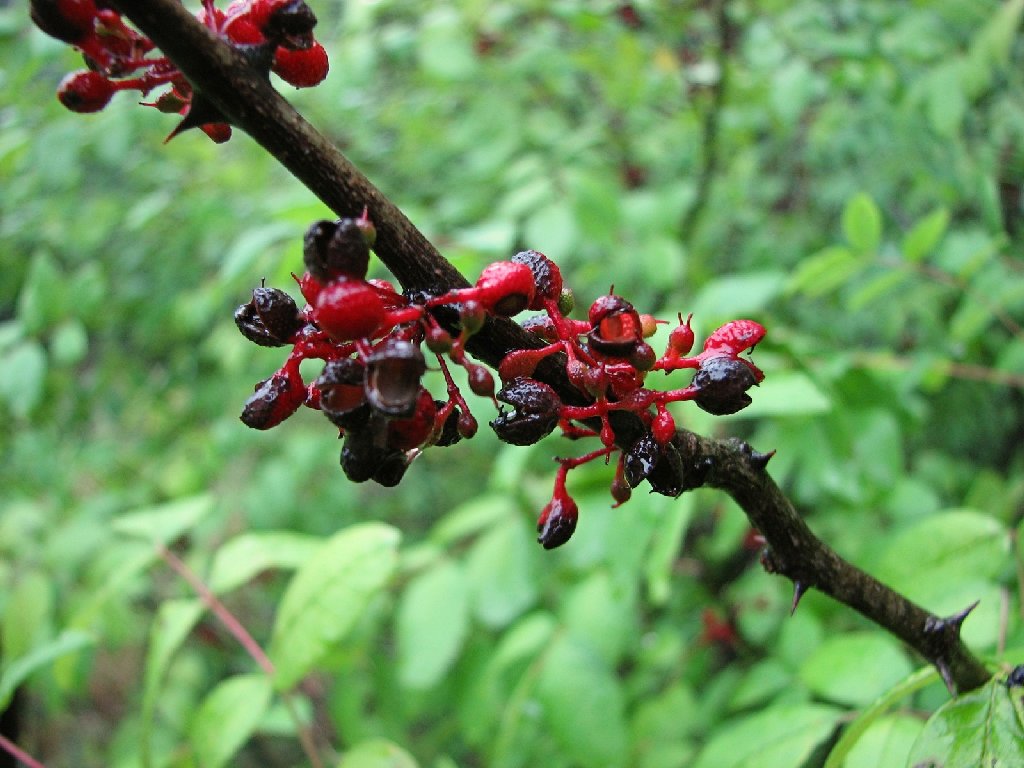 Zanthoxylum americanum is native to central and eastern portions of the United States and Canada.  Miller, who spelled the name Xanthoxylum, described the plant in the eighth edition of his Gardeners Dictionary, as "grow[ing] naturally in Pensylvania [sic] and Maryland".

The species is listed as Endangered in Florida, Maryland, and New Hampshire; and as Special Concern in Tennessee. 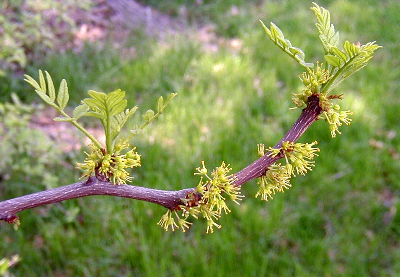 An oil extracted from the bark and follicles of the prickly-ash (both this species and Zanthoxylum clava-herculis) has been used in herbal medicine.  But historically it has been used for a whole host of ailments including   "chronic rheumatism, typhoid and skin diseases and impurity of the blood..." as well as for digestive ailments.

One of its common names was derived from the fact that the bark has been chewed for toothaches.

Michael Dirr - Manual of Woody Landscape Plants
the stems and fruits were chewed by the Indians to alleviate toothache for the acrid juice has a numbing effect.

Dr Duke’s analyses and the other observations based on modern research of its chemical constituents and activity are shown below. 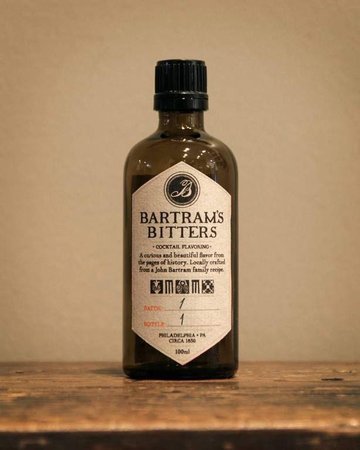 In 2012, a Pennsylvania distillery introduced a bitters called Bartram's Bitters that uses prickly ash bark as one of several botanical ingredients. The concoction was based on a recipe for "Bartram's Homestead Bitters" that was found in a book that belonged to the family of botanist John Bartram.

From: The resurrection of Bartram's Bitters - Rick Nichols

Bartram’s Bitters was re-created by Rob Cassell, the distiller at the spirits company that makes Bluecoat Gin. Part of its bite would come, presumably, from bark whittled (by a Drexel intern) from prickly ash found in the grounds of the house owned by John Bartram….. The garden’s staff, always alert to ways to raise the profile of the homestead of John Bartram, the great 18th-century botanist, had come into possession of the bitters recipe by a fluke.

A folded sheet of paper had slipped out from under the cover of an 1846 edition of A.B. Strong’s The American Flora, or History of Plants and WildFlowers. In handwriting that may (or may not) have been that of Bartram’s great-grandson, it listed a recipe for Bartram’s Homestead Bitters that included imported gentian root, “orange peal,” wild cherry twigs, and prickly ash, also known as toothache tree for its bark’s gum-numbing qualities.

If the recipe seemed like a road map at first, the going soon got murky. …..Most critically, there was the question of a second set of instructions penned beneath the initial recipe. They called for caraway and bitter almond, sassafras, and wintergreen, then sugars and coloring from roasted Indian corn, and gallons of water.

Were they part and parcel of the bitters recipe itself? Even a casual reading seems to suggest that they were.  But as he struggled to create the first batch, Cassell chose to ignore those instructions, suspecting — though he is now less confident — that they might be a separate, unrelated formula.

Thus, the first-run bitters don’t include the aromatics, sugars, coloring, or diluting water, possibly a reason it lacks the fruity bouquet, say, of Peychaud’s, the New Orleans bitters of similar vintage.

In any event, if the Bartram’s bitters’ truth wasn’t easy to pin down, the social history of the bitters fad was more easily deciphered. Joel T. Fry, a Bartram historian, wrote about that phenomenon in 1995 shortly after the recipe first surfaced.

The ancients long used astringent plant extracts as folk remedies, he noted. But the ready-made, highly alcoholic potion that became known as commercial bitters was a uniquely American product — and strong drink hiding in a patent medicine bottle. Its heyday would last from the 1850s until the anti-quackery Pure Foods Act of 1906 doomed most brands. (By that time, one Pittsburgh blend — Hostetter’s Stomach Bitters — had raked in more than $1 million yearly, promising to cure dyspepsia, colic, diarrhea, and “bilious complaints.”) 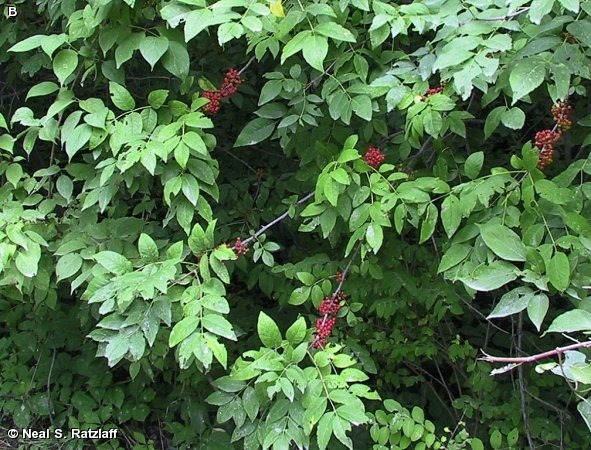