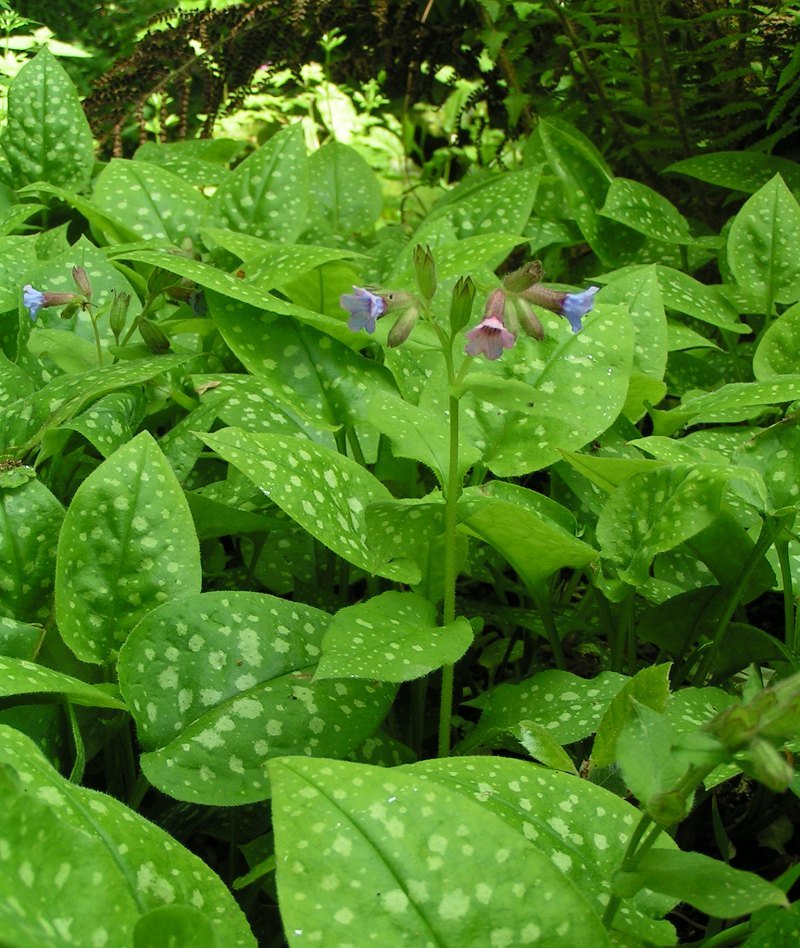 Pulmonaria (lungwort) is a genus of flowering plants in the family Boraginaceae, native to Europe and western Asia, with one species (P. mollissima) east to central Asia. According to various estimates there may be between 10 and 18 species found in the wild, but the taxonomy of this genus is very confusing.

Lungworts are evergreen or herbaceous perennials that form clumps or rosettes. They are covered in hairs of varied length and stiffness, and sometimes also bear glands. The underground parts consist of a slowly creeping rhizome with adventitious roots. Flowering stems are unbranched, rough, covered with bristly hairs, usually not exceeding 30 cm (12 in), with a few exceptions (P. mollis, P. vallarsae). The stems are usually upright, or slightly spreading.

The leaves are arranged in rosettes. The blades are usually large, from narrowly lanceolate to oval, with the base ranging from heart shaped to very gradually narrowing, and can have a sharply pointed or blunt tip. The leaf margin is always entire, but in some species and forms can be rather wavy. Basal leaves are carried on stalks that can be short or longer than the leaf blade in various species. Stem leaves are smaller and often narrower, and are unstalked or clasping the stem. All leaves are covered with hairs that are usually bristly, or occasionally soft. The leaves are often prominently spotted in black and blue, or sometimes in pale green, or unspotted.

The flower - The inflorescence is a terminal scorpioid cyme, with bracts. The flowers are heterostylous, with two distinct forms of flower within each species; those with short stamens and long styles ("pin" flowers) and those with long stamens and short styles ("thrum" flowers), with the former usually being larger and more showy. The calyx is hairy, 5-lobed, tubular or funnel-shaped, enlarging as the fruit ripens. The corolla is funnel-shaped and consists of a long, cylindrical tube and a limb with five shallow lobes. Within the corolla throat, five tufts of hairs alternate with the stamens to form a ring. The colour of corolla varies from purple, violet or blue to shades of pink and red, or sometimes white. The colour of the flower in bud is often pink, which then changes as the flower matures. The stamens and style are included within the corolla and not protruding.

The nutlets  - are smooth, egg-shaped, brownish, up to 4.5 mm long and 3 mm wide, each containing a single seed. Up to four nutlets per flower are produced, ripening mostly in summer. 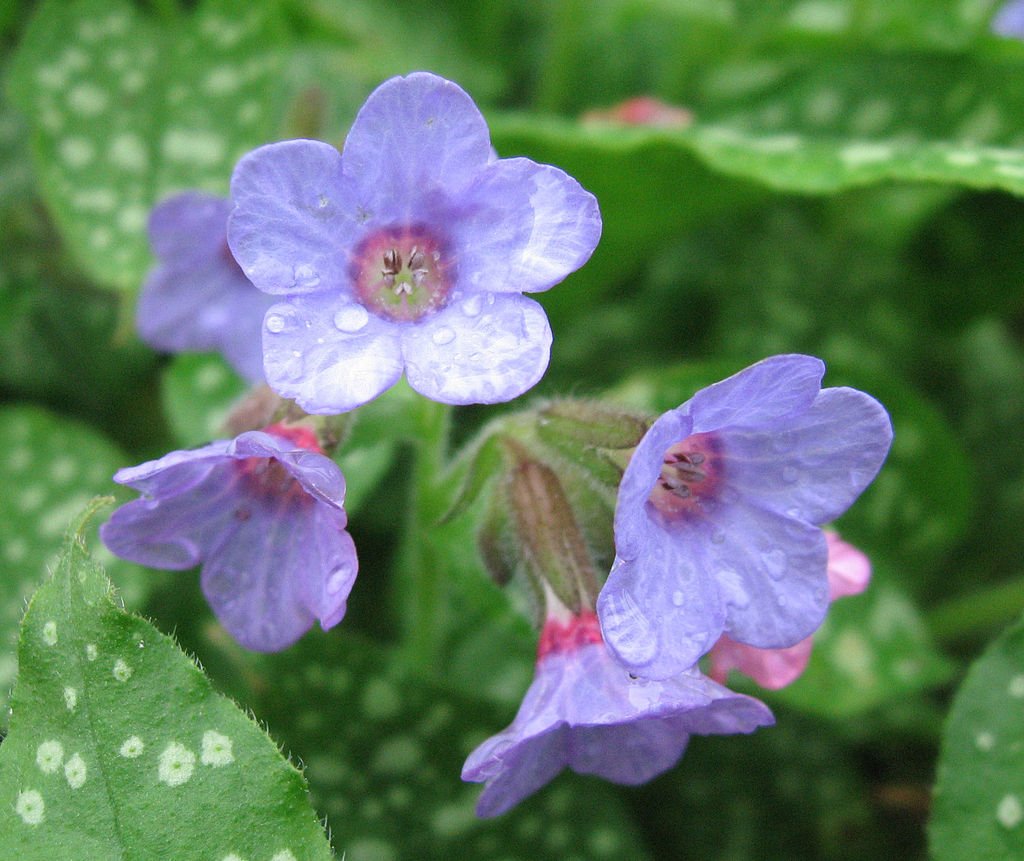 The scientific name Pulmonaria is derived from Latin pulmo (lung). In the times of sympathetic magic, the spotted oval leaves of P. officinalis were thought to symbolize diseased, ulcerated lungs, and so were used to treat pulmonary infections.

The common name in many languages also refers to lungs, as in English "lungwort" and German Lungenkraut. In some East European languages, the common name is derived from a word for honey, e.g. Russian medunitza and Polish miodunka.

We have an entry for Mrs Grieve, but there is also an entry in Dr Duke’s phytochemical database, which  tends to support Mrs Grieve in its anti-inflammatory use and its help in diseases of the lungs.