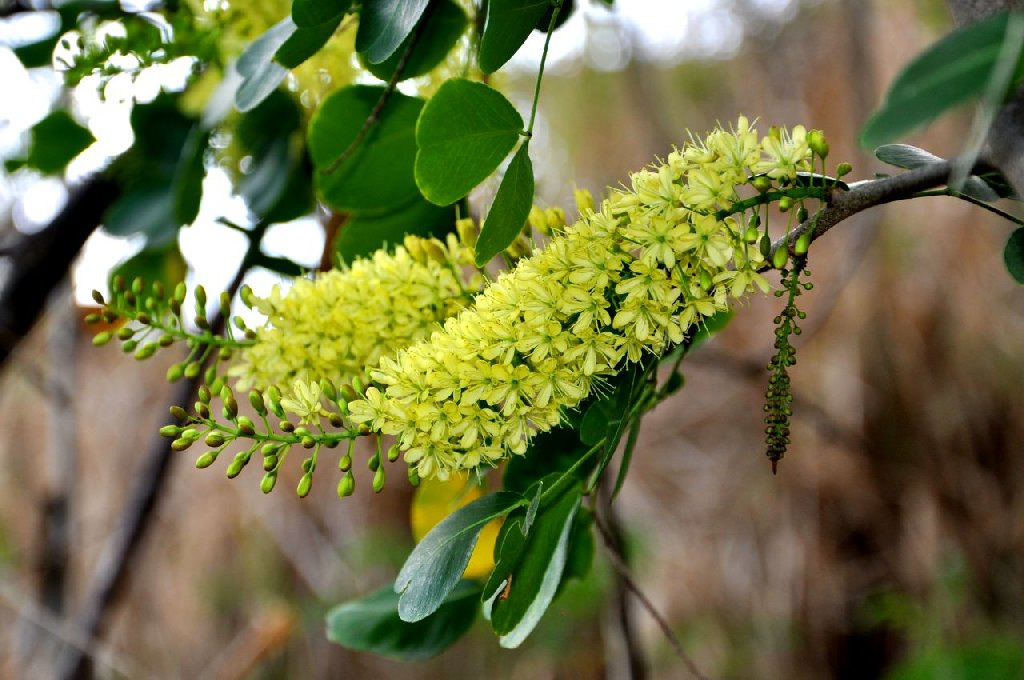 Haematoxylum campechianum (logwood or bloodwoodtree) is a species of flowering tree in the legume family, Fabaceae.  The tree's scientific name means "bloodwood" (haima being Greek for blood and xylon for wood).

It is native to southern Mexico and northern Central America and was  of great economic importance from the 17th century to the 19th century, when it was commonly logged and exported to Europe. The modern nation of Belize grew from 17th century English logwood logging camps. 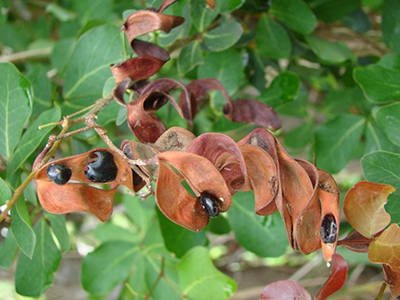 Logwood was used for a long time as a natural source of dye, and still remains an important source of haematoxylin, which is used in histology for staining.  In its time, logwood was considered a versatile dye, and was widely used on textiles but also for paper.  The extract was once used as a pH indicator. Brownish when neutral, it becomes yellow-reddish under acidic conditions and purple when alkaline.

"In a small demonstrative experiment, if two drops, one of concentrated ammonia and one of logwood extract, are placed close enough the NH3 vapours will change to a purple shade".

The bark and leaves are, however,  also used in various medical applications.  The observations give more details.