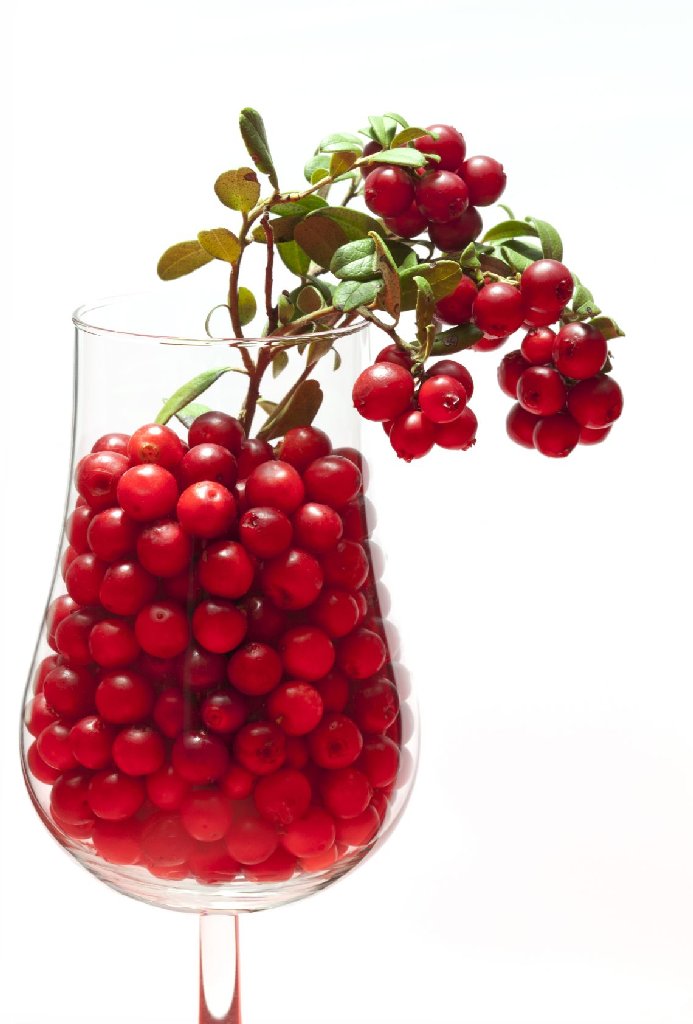 Vaccinium vitis-idaea (lingonberry or cowberry) is a short evergreen shrub in the heath family that bears edible fruit, native to boreal forest and Arctic tundra throughout the Northern Hemisphere from Eurasia to North America.

Lingonberries are a staple in Sweden, picked in the wild and used to accompany a variety of dishes. Commercial cultivation is undertaken in the U.S. Pacific Northwest.

The name lingonberry originates from the Swedish name lingon for the species. There are at least 25 other common names of Vaccinium vitis-idaea worldwide.

The berries collected in the wild are a popular fruit in northern, central and eastern Europe, notably in Nordic countries, the Baltic states, central and northern Europe. In some areas they can legally be picked on both public and private lands in accordance with the freedom to roam. 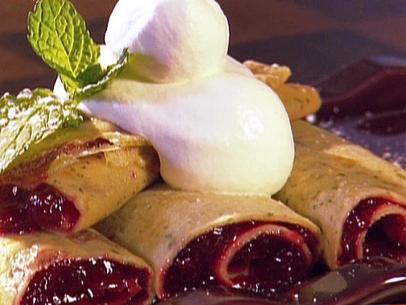 The berries are an important food for other animals such as bears and foxes, and many fruit-eating birds.

Lingonberries have yet to be fully explored scientifically, but they have been widely used for centuries in folk medicine.

In Sweden and Russia, the berries were preserved and used as a home remedy against scurvy.  In Russian folk medicine, lingonberry water was used as a mild laxative.  And we will see from the observations that they have other uses too.

Evidence for the efficacy of dietary interventions in protecting against cardiovascular disease has grown significantly, with flavonoids and anthocyanins receiving special attention. 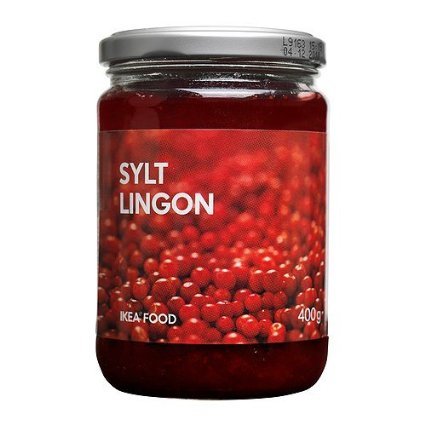 not an advert, just an example of how it is used

Lingonberry (Vaccinium vitis-idaea L.) is a good source of these compounds, and this study examined the protective effects of wild lingonberry found in Manitoba, Canada, against ischemia-reperfusion (IR) injury.

These results provide the first analysis of Manitoba lingonberry and highlight the mechanistic importance of dietary berry compounds for cardiovascular health. PMID: 26024018 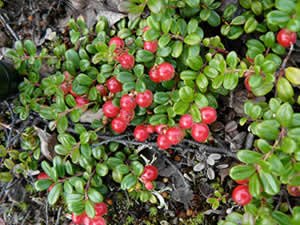 The berries are quite tart, so they are often cooked and sweetened before eating in the form of lingonberry jam, compote, juice, smoothie or syrup. The raw fruits are also frequently simply mashed with sugar, which preserves most of their nutrients and taste. This mix can be stored at room temperature in closed but not necessarily sealed containers, but in this condition, they are best preserved frozen. 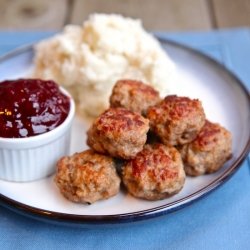 Fruit served this way or as compote often accompany game and liver dishes. In Sweden and Norway, reindeer and elk steak is traditionally served with gravy and lingonberry sauce. Preserved fruit is commonly eaten with meatballs, potato pancakes. A traditional Swedish dessert is lingonpäron (literally lingonberry pears), consisting of fresh pears which are peeled and boiled in lingondricka (lingonberry squash) and then preserved in the pear-infused lingonberry squash and not uncommonly eaten during Christmas. This was very common in old times, because it was an easy and tasty way to preserve pears. 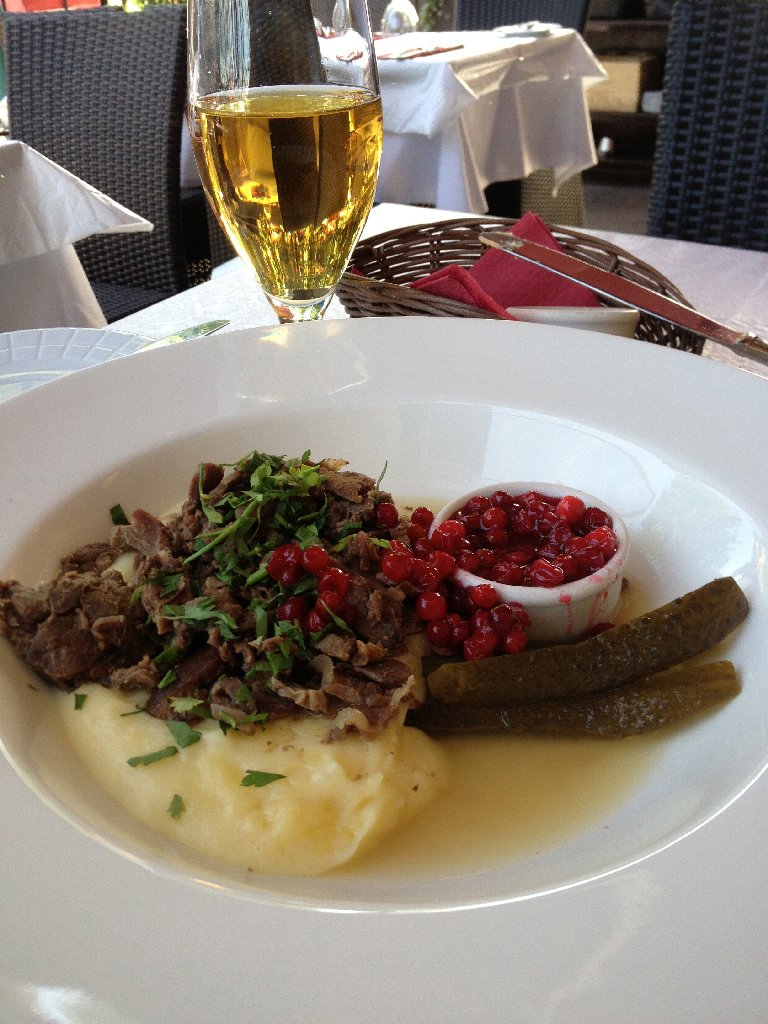 A traditional Finnish dish is sautéed reindeer (poronkäristys) with mashed potatoes and lingonberries, either cooked or raw with sugar. In Finland, a porridge made from the fruit is also popular. In Poland, the berries are often mixed with pears to create a sauce served with poultry or game. The berries can also be used to replace redcurrants when creating Cumberland sauce to give it a more sophisticated taste.

The berries are also popular as a wild picked fruit in Eastern Canada, for example in Newfoundland and Labrador and Cape Breton, where they are locally known as partridgeberries or redberries, and on the mainland of Nova Scotia, where they are known as foxberries. In this region they are incorporated into jams, syrups, and baked goods, such as pies, scones, and muffins.

Lingonberries are a staple item in Sweden, and at the Swedish retailer IKEA. They are often sold as jam and juice in the store and as a key ingredient in dishes. They are used to make Lillehammer berry liqueur, and in East European countries, lingonberry vodka is sold.