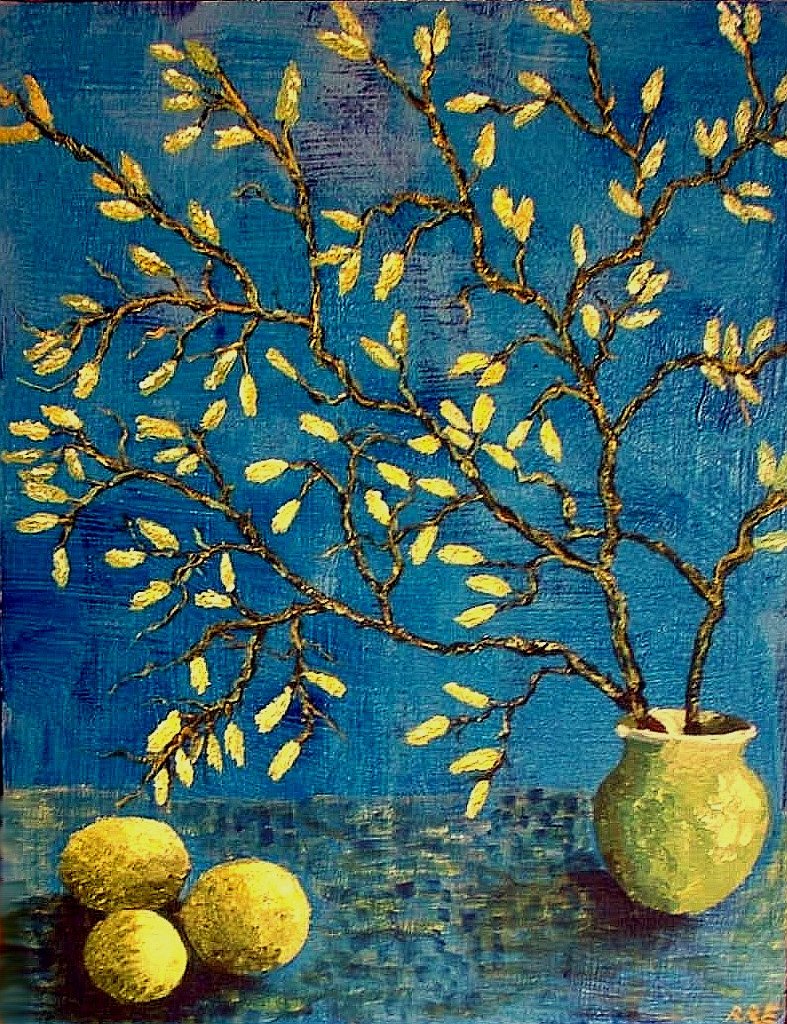 Limes are a hybrid Citrus fruit.  They are typically round, lime green, 3–6 centimetres (1.2–2.4 in) in diameter, and contain ‘acidic juice vesicles’.  Plants with fruit called "limes" have diverse genetic origins and do not form a monophyletic group. The English word "lime" was derived, via Spanish then French, from the Arabic word ليمة līma (Persian: لیمو‎‎ limu).

They are used extensively in drinks and in meals, but few, one suspects ,realise how medicinally important they are.  They have a slightly different chemical composition to oranges and lemons and as such have different medicinal properties.

Delia Smith was once a great promoter of limes and many of the dimmer ‘chattering classes’ laughed at her and said ‘come on Delia, a lime is just a novel lemon’, but it is not.  She was absolutely right to promote them.

There are several species of citrus trees whose fruits are called limes, including the Key lime , Persian lime, kaffir lime, and desert lime. 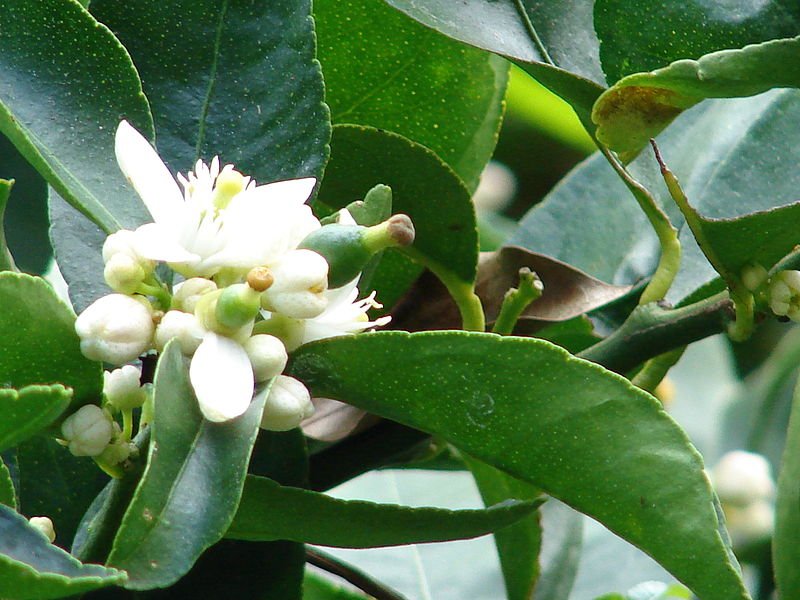 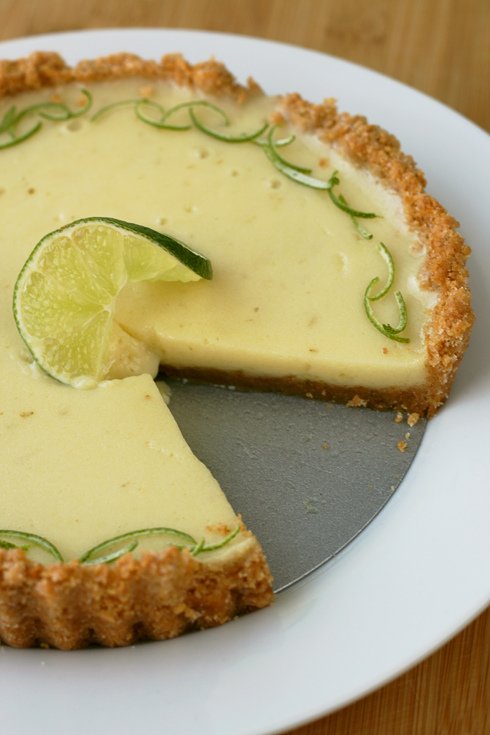 Persian and Key limes (Citrus × latifolia and Citrus ×aurantiifolia )probably originate from the Middle East, and were first grown on a large scale in Persia (now Iran) and southern Iraq.  They are now grown in many countries with a ‘Mediterranean climate’. China, India and Mexico, together have about 43% of the world's overall lemon and lime output, and in 2012, for example, topped the production list, followed by Argentina and Brazil.  The spread of lime trees owes some of its origins to the spread of shipping both military and merchant.  To prevent scurvy during the 19th century, British sailors were issued a daily allowance of citrus, such as lemon, and later switched to lime. The British sailor acquired the nickname, "Limey" because of their usage of limes.

The kaffir lime (Citrus hystrix) is native to tropical Asia, including India, Nepal, Bangladesh, Thailand, Indonesia, Malaysia and the Philippines., where it is still grown extensively.

The desert lime is a thorny shrub or small tree native to Queensland, New South Wales, and South Australia.  The desert lime fruit was once highly prized bushfood. Traditionally, it was wild-harvested from bushland areas, where it was once relatively common. However, extensive clearing of native bushland to form agricultural fields has reduced its range. The fruit is beginning to be domesticated, perhaps a little late in the circumstances, but commercial cultivation of this fruit is beginning to reduce the reliance on wild-harvested product and thus may help the wild plant survive 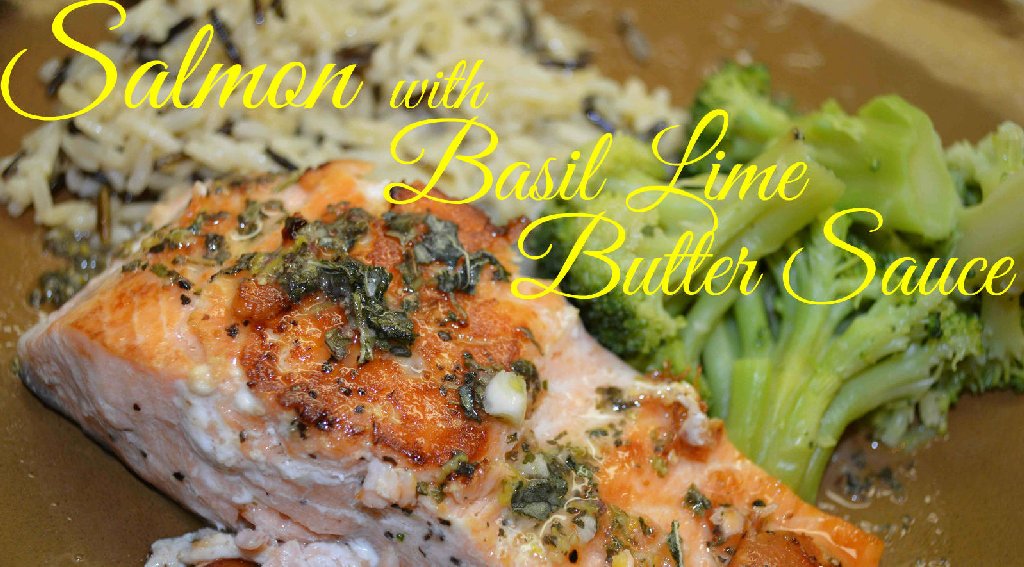 Please see the Dr Duke analysis for the full list of activities.  This is a summary.  The observations also add extra information, for example there is some very exciting research on the effects of limes on pancreatic cancer and diabetes. 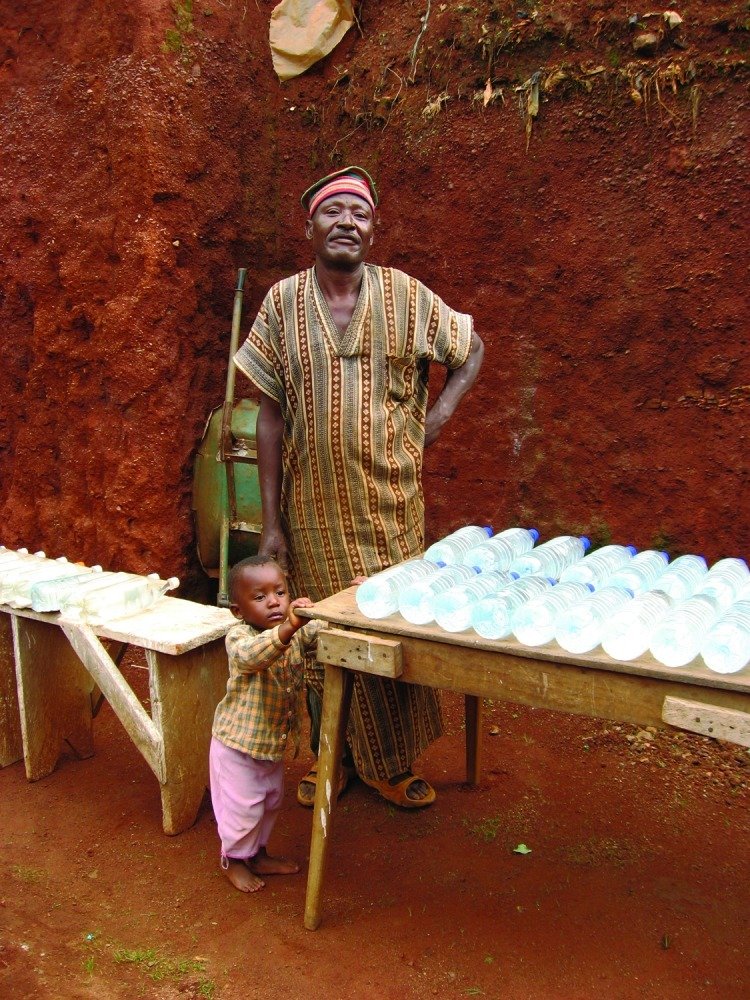 Before we look at the medicinal activities of lime at a personal level, it is worth first digressing into the world of clean water.  Water born diseases are the curse of the third [and second!] worlds.  One of the most successful programmes that has been launched to help here is the SODIS programme.  It is little mentioned but millions benefit from this programme.  In the slums of Yaoundé, Cameroon, for example, more than 50,000 people—including this grandfather and his grandchild—use the SODIS method daily to treat their drinking water.

Solar water disinfection (SODIS) has been known for more than 30 years. The technique consists of placing water into transparent plastic or glass containers which are then exposed to the sun. Exposure times vary depending on the intensity of sunlight and sensitivity of the pathogens. Its germicidal effect is based on the combined effect of thermal heating of solar light and UV radiation. It has been repeatedly shown to be effective for eliminating microbial pathogens and reducing diarrhoeal morbidity including cholera.

Since SODIS is simple to use and inexpensive, the method has spread throughout the developing world and is in daily use in more than 50 countries in Asia, Latin America, and Africa. More than 5 million people disinfect their drinking water with the solar disinfection (SODIS) technique.

But some pathogens seem to remain in the water and there is now work ongoing using limes [the entire lime] as an extra antiseptic agent.  Clearly using limes has the great advantage that the water can be drunk with the lime in it.  We have provided some papers on this positive use.

Over 15 natural chemicals provide sedative activity and tranquilising activity, but limes are also natural analgesics via such chemicals as 6,7-DIMETHOXYCOUMARIN , BORNEOL, CARYOPHYLLENE, LINALOOL and MYRCENE.  Nearly 20 chemicals contribute to the lime’s Anti-inflammatory effects meaning it helps with problems like rheumatism or multiple sclerosis and as we shall see skin problems such as psoriasis and eczema.  Chemicals include BERGAPTEN, IMPERATORIN, ISOPIMPINELLIN, LIMONENE, LINALOOL and OLEIC-ACID

Limes have both Anticataract and Antiglaucomic activity, not just from chemicals like ASCORBIC-ACID [Vitamin C] but from other vitamins, minerals and amino acids such as  METHIONINE, NIACIN, RIBOFLAVIN , THIAMIN  and ZINC. 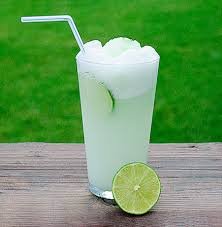 As one would expect from its anti-inflammatory activity limes help with a host of skin problems.  This has particular interest for me as my brother suffered terribly as a child from eczema and now has alopecia, after a diphtheria vaccination that went wrong.  His favourite drink was lime juice, and it seemed to help.  He liked it very strong and anything acid also seemed to help [like pickled onions!].  He must be the only child on the planet who liked cream horns stuffed with pickled onions.  Anyway after this digression, limes are Antiacne, Antialopecic, Antieczema and Antipsoriatic

Limes are both anti-bacterial and antiseptic and exert a great deal of their healing activity via these two properties.  Limes are antiulcer and it may be via this antibacterial [or the antiviral] activity that this property is exerted.  Well over twenty natural chemicals contribute to this activity and for any chemist to try to ‘extract’ one and claim antibacterial action is meaningless, as it is clear that the combined effect from all the chemicals is key.  There are some perhaps lesser known chemicals in this list - ALPHA-PHELLANDRENE, FURFURAL, GERANIAL , MALIC-ACID [yes the same chemical found in apples], MYRCENE, NERAL, P-CYMENE , PERILLALDEHYDE, SABINENE and TERPINEN-4-OL .

Limes have exceptionally important Antidote activity against some extremely dangerous toxins - cadmium, lead, aluminium and paraquat.  These heavy metals and weed killers cause a host of diseases and illnesses including cancer and tumours, as such this activity is key.  Limes can also be used when someone has overdosed on paracetamol as it is an antidote. 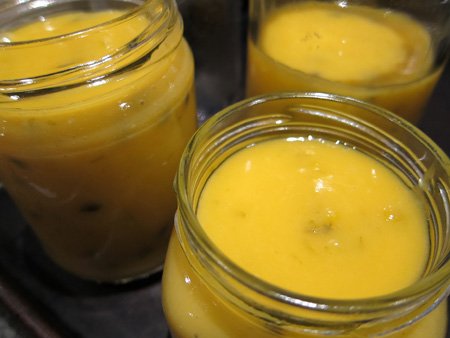 Limes have anti-viral activity and like lemons fight the viruses that cause coughs and colds.  But via some vey specific chemicals they are able to fight against far greater adversaries – limes are AntiEBV  via GERANIAL; Antiflu via ALPHA-PINENE, LIMONENE, NERYL-ACETATE and P-CYMENE; and Antiherpetic via chemicals such as CITRAL and LYSINE.

The anti-parasitic activity of limes is still being explored but so far there is known Antileishmanic activity.  Limes are also natural trichomonicides [5 chemicals] and to a lesser extent trypanocides. Although the internal ingested effects are being explored, the use of limes as a preventative and natural insect repellent is well known.  Limes have a number of chemicals that provide nematicide activity.  A nematicide is a type of chemical pesticide used to kill plant-parasitic nematodes.  Furthermore well over 35 natural chemicals in the plant give it pesticidal activity

Drinks - Lime juice may be squeezed from fresh limes and used to make limeade, or used in numerous other drinks.   Lime is an ingredient in several highball cocktails, often based on gin, such as gin and tonic, the gimlet and the Rickey. Freshly squeezed lime juice is also considered a key ingredient in margaritas, although sometimes lemon juice is substituted.

Chutneys and pickles - Limes can be used to make chutneys and pickles.  Lime pickles are an integral part of Indian cuisine. South Indian cuisine is heavily based on lime; having either lemon pickle or lime pickle is considered an essential of Onam Sadhya.  Limes are also used for their ‘pickling’ properties in ceviche. Some guacamole recipes call for lime juice. 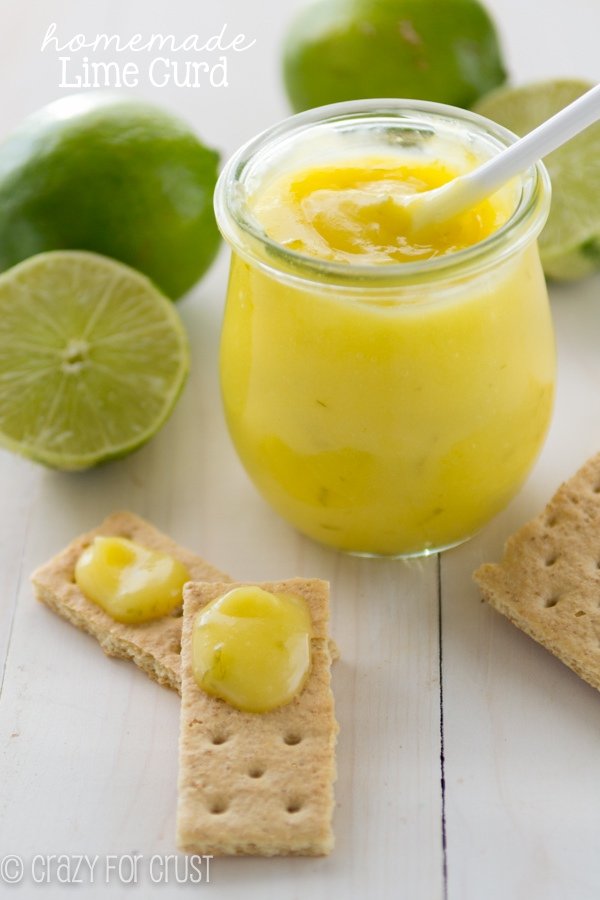 for a recipe see the lemons page, replace the
lemons with limes

Dried limes - The use of dried limes (called black lime or loomi) as a flavouring is typical of Persian cuisine and Iraqi cuisine, as well as in Gulf-style baharat (a spice mixture that is also called kabsa or kebsa).

Desserts and sweets - Limes are an ingredient of numerous desserts, ice creams and pies.  Key lime gives the character flavouring to the American dessert known as Key lime pie. In Australia, desert lime is used for making marmalade.  Limes can be used instead of lemons to make lime curd.

Savoury dishes – Lime butter made with a basic lime, lime zest and butter base to which may be added herbs or other flavourings such as capers, is delicious with fish.

Here are some more suggestions.

Lobster and watercress salad, with cucumber, avocado and a lime and chive butter 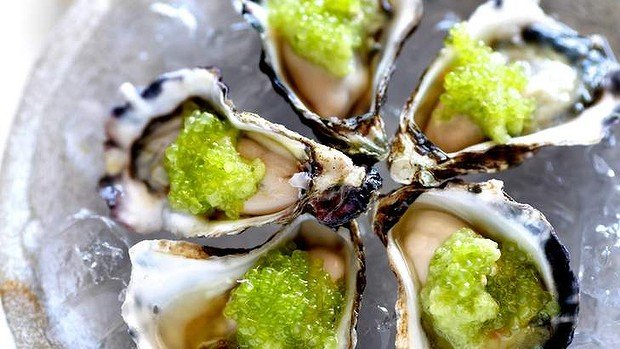 This dish benefits from the addition of a plain green vegetable such as green beans, peas or sugar snap peas 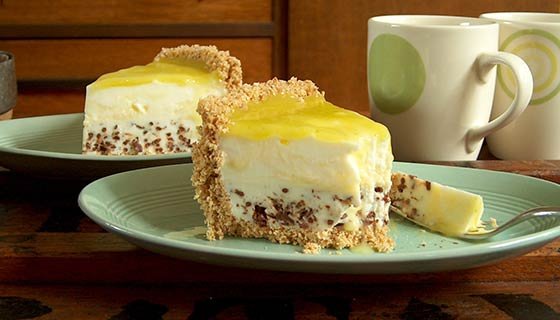 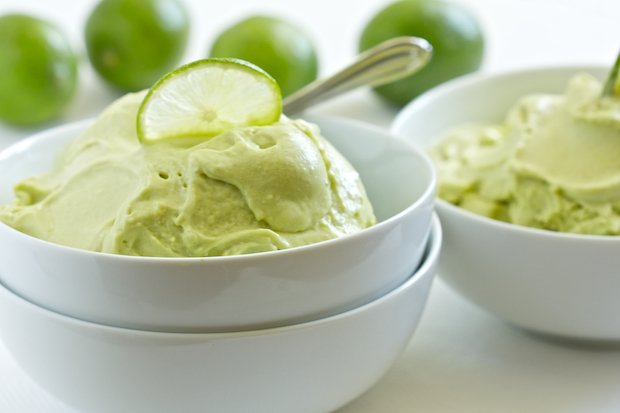 The marinade should not be wasted after cooking.  It can be used in soups and stews.