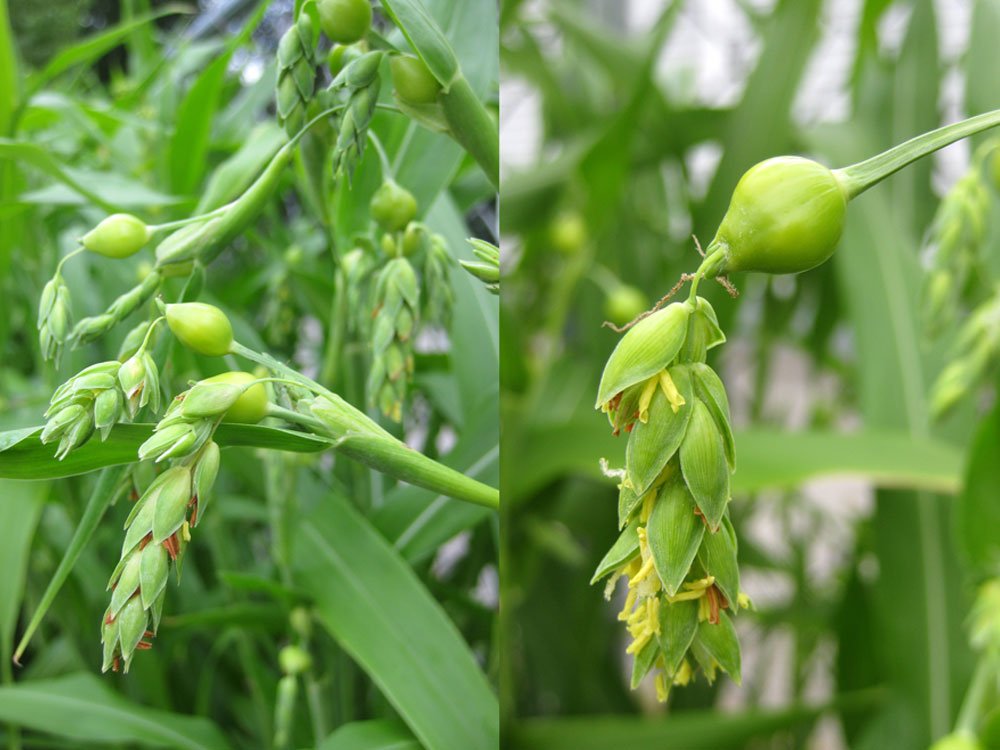 is a tall grain-bearing perennial tropical plant of the family Poaceae (grass family).   Job's tears are also commonly sold as Chinese pearl barley in Asian supermarkets, although C. lacryma-jobi is not related to barley (Hordeum vulgare). The species was named by Carl Linnaeus in 1753.

Job’s tears is an annual in the temperate zone, but perennial where frost is absent or mild. 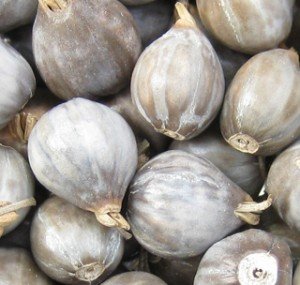 It is a freely branching upright or ascending herb 1-2 m tall, the cordate clasping leaf blades 20-50 cm long, 1-5 cm broad. Spikelets terminal, and in the upper axils, unisexual, staminate spikelets two-flowered, in twos or threes on the continuous rachis; pistillate spikelets three together, one fertile, and two sterile; glumes of the fertile spikelet several-nerved, all enclosed finally in a bony beadlike involucre, the grain, white to bluish white, or black, globular orvoid, 6-12 mm long. 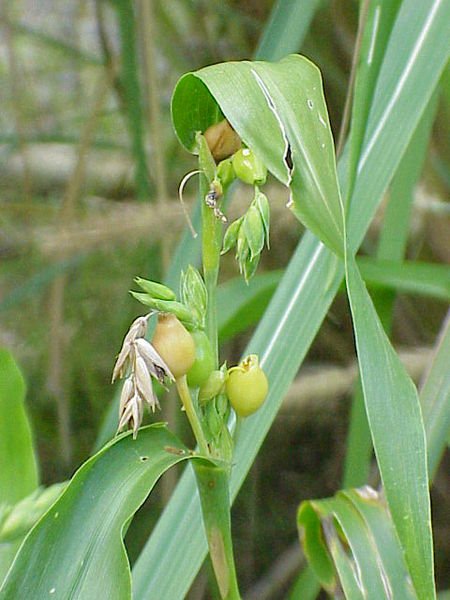 Coix Lachryma (Job's Tears) is native to Southeast Asia but has been introduced to a number of other countries as a decorative garden plant.

A half-hardy, annual, ornamental grass bearing clusters of beautiful pearl-like seeds. Sow in a warm spot in April, barely covering the seed with fine soil, and keep the surface of the ground moist till germination is ensured. Height, 1-1/2 ft


It has been naturalized in the southern United States and the New World tropics. In its native environment it is grown in higher areas where rice and corn do not grow well. 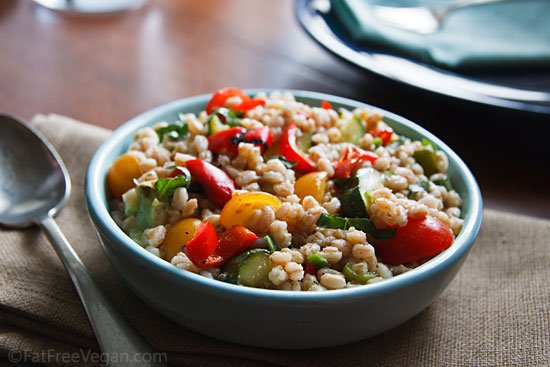 As of February 2015, four varieties are accepted by the World Checklist of Selected Plant Families: 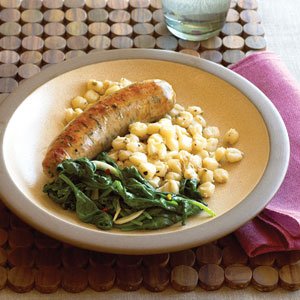 There are more and more interesting and absolutely key uses for Job’s tears starting to emerge from relatively recent research.  The wholegrain has rather extensive antiviral activity and possibly anti-bacterial activity, but this is not all.

We have included a large number of observations to help show that many of these uses have been researched and found to be true. 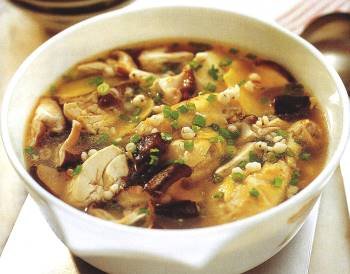 One interesting chemical that the seed contains is adenosine, which is a relaxant, analgesic, an antihypertensive and vasodilator, and a hypoglaecemic, along with a host of other positive activity.  The seed also has chemicals that are natural anti-inflammatories, but one of the easily missed activities is that associated with a chemical called COIXENOLIDE, of which the seed has quite a lot.

In other words, the use of the seed in folk remedies for “abdominal tumors, esophageal, gastrointestinal, and lung cancers, various tumors, as well as excrescences, warts, and whitlows” is well founded. 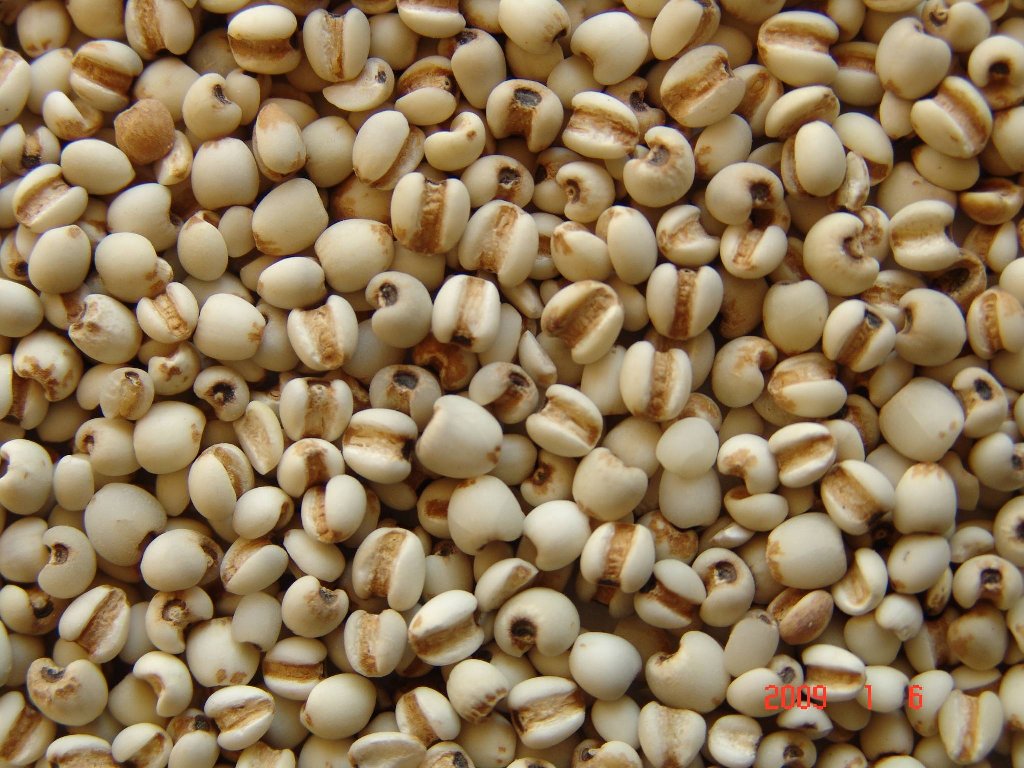 Coix was once widely cultivated as a cereal in India. Still taken as a minor cereal, it is pounded, threshed and winnowed, as a cereal or breadstuff. The pounded flour is sometimes mixed with water like barley for barley water. The pounded kernel is also made into a sweet dish by frying and coating with sugar. It is also husked and eaten out of hand like a peanut.

Beers and wines are made from the fermented grain.

The Chinese use the grain, like barley, in soups and broths, as such all the recipes we have for barley could be used with Job’s tears.

In Korea, a thick drink called yulmu cha (율무차, literally "Job's tears tea") is made from powdered Job's tears. A similar drink, called Yi Ren Jiang (薏仁漿), also appears in Chinese cuisine, and is made by simmering whole polished Job's Tears in water and sweetening the resulting thin, cloudy liquid with sugar. The grains are usually strained from the liquid but may also be consumed separately or together.

In Thailand, it is often consumed in teas and other drinks, such as soy milk. 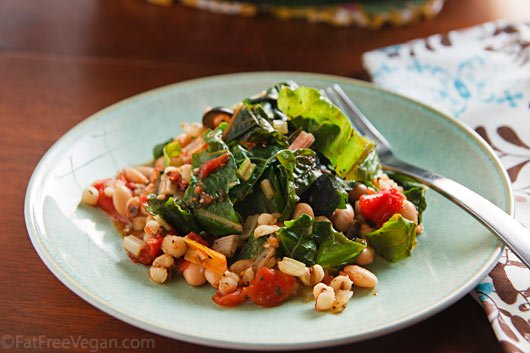 We have not included Dr Duke's analysis in the observations simply because it would be out of date very quickly.

If you go to his site Dr Duke's Phytochemical and Ethnobotanical database and type Job's tears into the search box, it will take you to the entry showing both chemicals in the plant and their activities