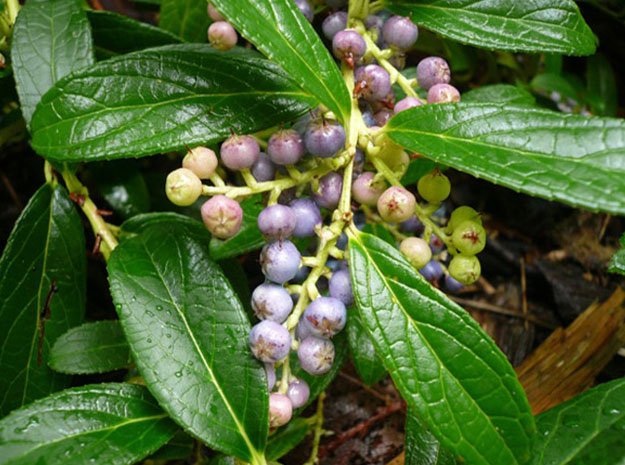 It can be found growing naturally in forests or woodland at elevations of 1200 - 2700 metres in the Himalayas.

Gaultheria fragrantissima is commonly known as 'Dhasingre' in Nepal.  It is also known as  G. ovalifolia.

Gaultheria is a genus of about 135 species of shrubs in the family Ericaceae. The name commemorates Jean-François Gauthier of Quebec, an honour bestowed by the Scandinavian Pehr Kalm in 1748 and taken up by Carl Linnaeus in his Species Plantarum.

Fragrant wintergreen is well known for its fragrant oil, which is a source of natural Methyl Salicylate. In India it is known as Gandhapura Oil.  The leaves yield around 1.25% of this essential oil, used as a wintergreen substitute, in perfumery, as a hair oil and medicinally.  The bruised leaves have a powerful camphor-like scent, whereas the flowers are scented like lily of the valley (Convallaria majalis).

The plant is used in Ayurvedic and other traditional medicine, where is it described as “a highly-valued, endangered, woody oil-bearing aromatic shrub”. 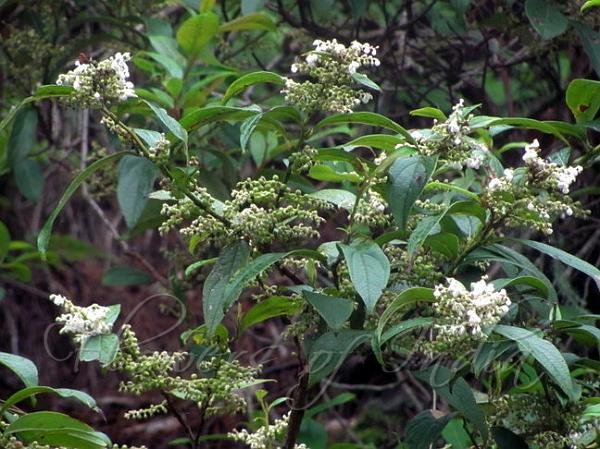 Gaultheria fragrantissima is an evergreen Shrub growing to 1 m (3ft 3in) when cultivated, but higher in the wild. The Gaultheria species vary from low, ground-hugging shrubs less than 10 cm (3.9 in) tall, up to 2.5 m (8 ft 2 in) tall, but in the case of G. fragrantissima when found in the Himalayas, it can even become a small tree up to 5–6 m (16–20 ft) tall.

This species is highly variable in the size and shape of leaves. In general these varieties are the result of habitat differences. If in forest understories or at forest margins, it is a large shrub or small tree with large leaves. If on sunny slopes or among thickets, it is often a small shrub with narrow leaves.  The leaves are evergreen, simple.

The flowers are in racemes, bell-shaped, with a five-lobed corolla; flower colour ranges from white to pink.  The fruit is a fleshy berry with numerous small seeds.

Indian wintergreen can be found growing on both acid and neutral soils, although it can grow in very acid soils.  It can be found in full shade (deep woodland) or semi-shade (light woodland).  A peat and moisture loving species, Indian wintergreen requires a lime-free soil.  Plants in this genus are notably resistant to honey fungus. 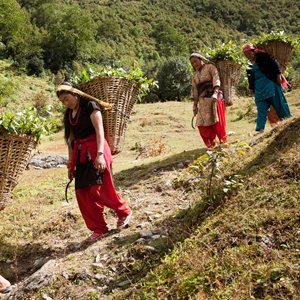 According to Plants for a Future the plant is edible, although from further searches there did not seem to be much enthusiasm for the taste:

Fruit - raw or cooked. The purplish-blue fruit is about 8mm in diameter. Leaves - raw. Chewed (to relieve thirst?). An essential oil obtained from the leaves is used as a flavouring. A tea is made from the leaves.
[Plants For A Future can not take any responsibility for any adverse effects from the use of plants. Always seek advice from a professional before using a plant medicinally] 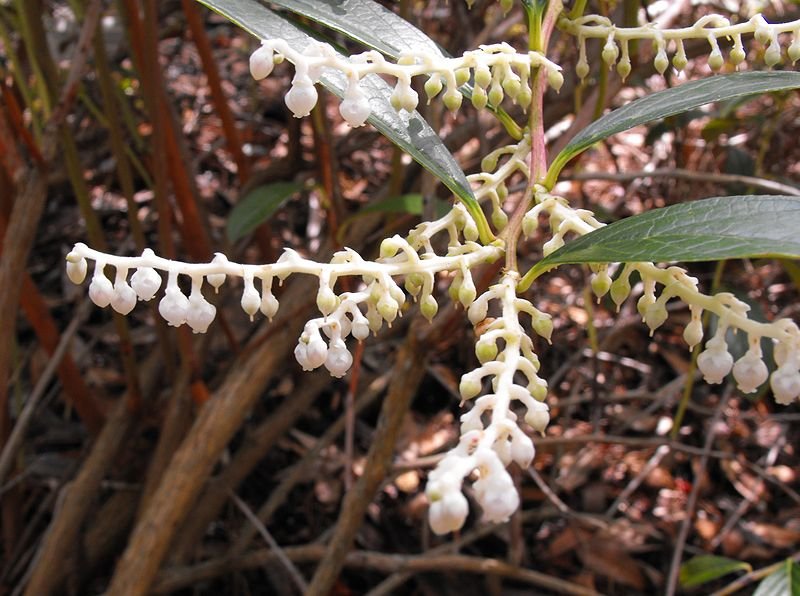 But the main use of the plant is medicinal.  Dr Duke’s analysis [see observations] is principally of the leaf and shows that it contains

They are also Analgesic,  Antiinflammatory,  and Antiradicular  [pain killing];

METHYL-SALICYLATE is found in the shoot and it too has Analgesic; Antiinflammatory; and Antiradicular activity as well as  Antiseptic; Counterirritant; Fungicide and Herpetifuge activity.

And yet more analyses, that makes one wonder whether the genetic diversity known to exist in the plant has not created some major differences:

The GC/MS of Nepalese Gaultheria fragrantissima can be found by following this LINK: