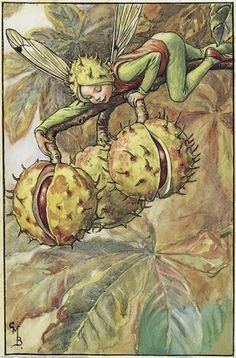 It is widely cultivated in streets and parks throughout the temperate world, and has been particularly successful in places like the United Kingdom and New Zealand, where they are commonly found in parks, streets and avenues.

In Britain and Ireland, the seeds are used for the popular children's game conkers.

During the First World War, there was a campaign to ask for everyone (including children) to collect horse-chestnuts and donate them to the government. The conkers were used as a source of starch for fermentation using the Clostridium acetobutylicum method devised by Chaim Weizmann to produce acetone for use as a solvent for the production of cordite, which was then used in military armaments. Weizmann's process could use any source of starch, but the government chose to ask for conkers to avoid causing starvation by depleting food sources. But conkers were found to be a poor source, and the factory only produced acetone for three months; however, they were collected again in World War Two for the same reason. 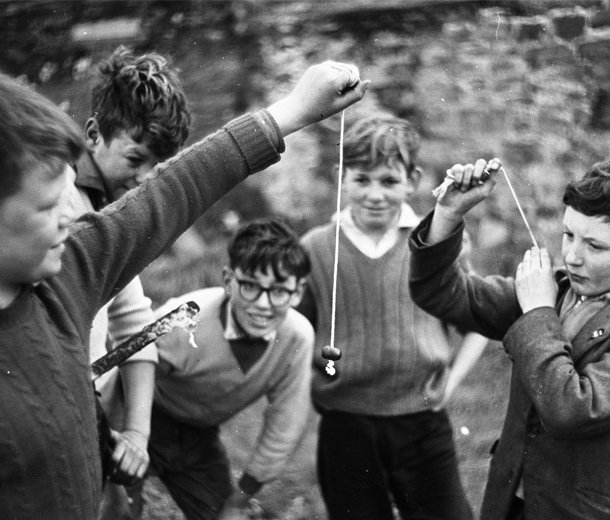 But we have not put conkers on the site for their starch or their game playing potential.

Although conkers are slightly poisonous, a recent Cochrane Review found the evidence suggests that Horse Chestnut Seed Extract is an efficacious and safe short-term treatment for chronic venous insufficiency, but as Wikipedia says “definitive randomized controlled trials are required to confirm the efficacy”.

The Horse Chestnut  grows to 36 metres (118 ft) tall, with a domed crown of stout branches; on old trees the outer branches often pendulous with curled-up tips. 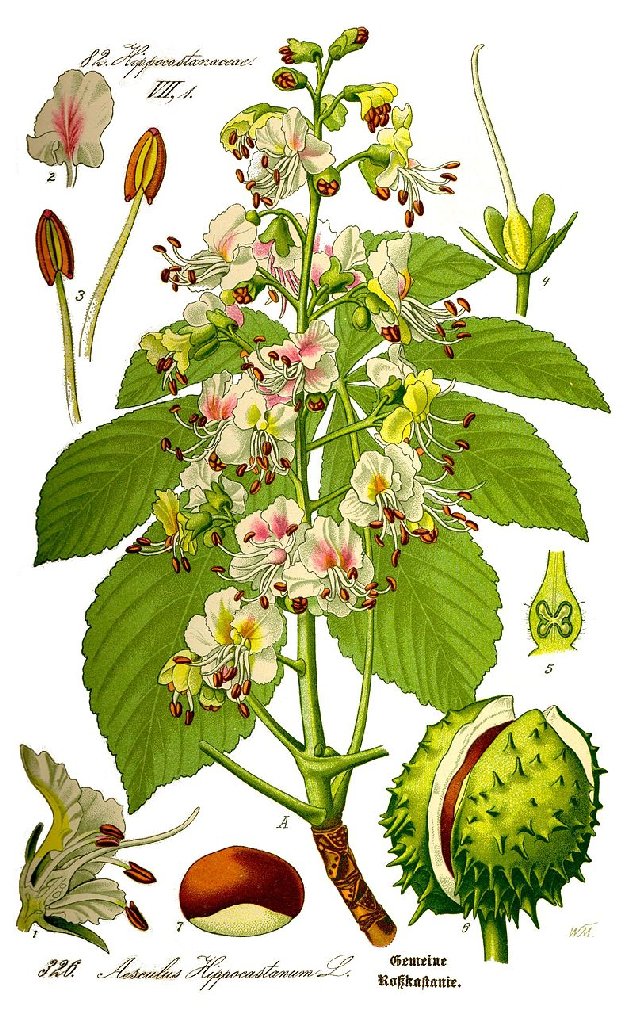 The leaves are opposite and palmately compound, with 5–7 leaflets; each leaflet is 13–30 cm long, making the whole leaf up to 60 cm across, with a 7–20 cm petiole. The leaf scars left on twigs after the leaves have fallen have a distinctive horseshoe shape, complete with seven "nails".

The flowers are usually white with a small red spot; they are produced in spring in erect panicles 10–30 cm tall with about 20–50 flowers on each panicle.

Usually only 1–5 fruit develop on each panicle; the shell is a green, spiky capsule containing one (rarely two or three) nut-like seeds called conkers or horse-chestnuts. Each conker is 2–4 cm diameter, glossy nut-brown with a whitish scar at the base.

Much of the interest in the conventional pharmaceutical based medical community has centred on the seed with trials and many papers, but in the healing community the interest tends to focus on the flowers and the bark.  Aesculus hippocastanum is used in Bach flower remedies, for example. When the buds are used it is referred to as "chestnut bud" and when the flowers are used it is referred to as "white chestnut".  Given that disease is caused by parasites, viruses, bacteria, fungi toxins, hypoxia, radiation etc, the presence of antiviral, antiparasitic, antifungal or antibacterial activity in the bark and flowers shows true healing potential.  The concentration of the medical community is on chemicals to treat symptoms, whereas the healing community are more interested in causes, which is why the bark and flower are of more importance.

This is not to say that the flower is without chemicals to treat symptoms.  According to Dr Duke’s analysis, the flowers contain Adenosine, which is an Analgesic; a Relaxant and sedative; and has healing functions for those with  heart failure and blood circulatory disorders, for example it is an Antiaggregant ; an Antiarrhythmic; Antidiuretic; an Antihypertensive; Antitachycardic; an Arteriodilator; Hypocholesterolemic; Hypoglycemic; and Hypotensive.  The flowers also contain Choline another relaxing and calming chemical. 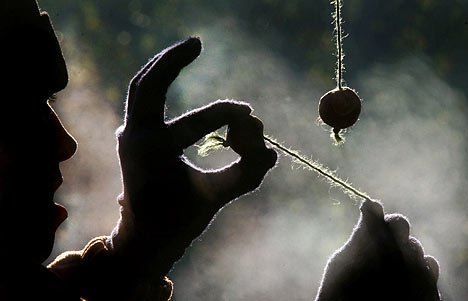 But there are perhaps more important healing chemicals in the flower.  Rutin is also found in the flower and this has antibacterial, antiparasitic and antiviral activity. It is, for example, Antiherpetic as well as being Antimalarial, Antiprotozoal, Antitrypanosomic and Radioprotective.  Rutin has some added advantages in helping with glaucoma – it is Antiglaucomic.

The bark of the horse chestnut contains some extremely powerful anti-viral chemicals.  The six chemicals Epicatechin, Escin, Esculetin, Quercetin, Quercitrin and to a much lesser extent Esculin are both antibacterials and antivirals and are able to help fight against EBV, Hepatitis, HIV and HIV-RT, flu, herpes, polio, aflatoxin, gingivitis, the rhinovirus, dysentery, staphylococcus and streptococcis infection.  Quercetin also has Antileishmanic, Antitrypanosomic and antimalarial activity. 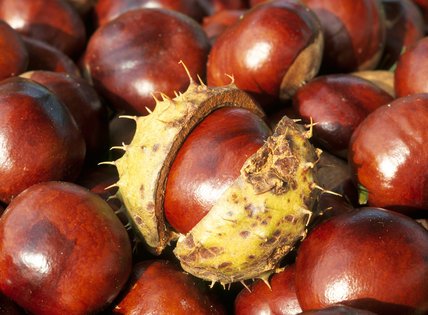 Horse chestnut is not a food, it is a medicine, meaning that you have to know what you are doing in extracting the right chemicals.  I have a friend called Val whose Welsh granny was a healer and she used horse chestnut flowers and bark, but the recipes she used – complex and requiring several plants - died with her because she had no ‘apprentice’ to teach them to.  The younger generation thought we were moving into a brave new world of manmade pharmaceuticals; well they were right, we have the pharmaceuticals and you have to be extremely brave to even go near them given the harm they appear to be exerting. As of writing, coming up to 200,000 people have died directly from pharmaceuticals according to eHealthme and this figures apply only to the USA and only cover the people whose deaths were recorded by doctors as being directly attributable.  This excludes all the rather suspicious deaths in hospitals where the evidence is quickly erased using cremation.

The observations from Dr Duke and other researchers show the additional healing activity of the flowers and the bark.