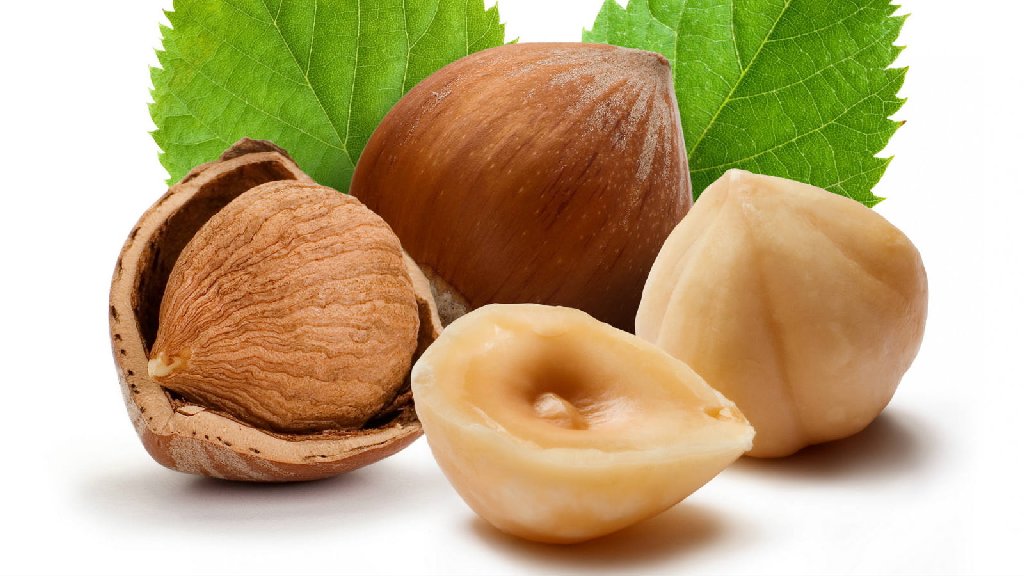 Hazelnut is the nut of the hazel and therefore includes any of the nuts deriving from species of the genus Corylus, especially the nuts of the species Corylus avellana. It is also known as cobnut or filbert nut according to species.

A cob is roughly spherical to oval, about 15–25 millimetres (0.59–0.98 in) long and 10–15 millimetres (0.39–0.59 in) in diameter, with an outer fibrous husk surrounding a smooth shell. A filbert is more elongated, being about twice as long as its diameter. The nut falls out of the husk when ripe, about seven to eight months after pollination.

The kernel of the seed is edible and used raw or roasted, or ground into a paste. The seed has a thin, dark brown skin, which is sometimes removed before cooking.

Hazelnuts are produced in commercial quantities in Turkey, Azerbaijan, Italy, Greece, Cyprus, Georgia, in the south of the Spanish region of Catalonia, in the UK county of Kent and in the American states of Oregon and Washington. Turkey is the largest producer of hazelnuts in the world with approximately 75% of worldwide production.

Hazelnuts are used in confectionery to make praline, and also used in combination with chocolate for chocolate truffles and products such as Nutella and Frangelico liqueur. Hazelnut oil, pressed from hazelnuts, is strongly flavoured and used as a salad dressing.  Roasted hazelnuts are themselves delicious in salads and go well with lamb’s lettuce and bacon.