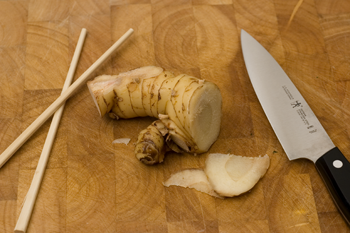 Galangal is a rhizome of plants in the ginger family Zingiberaceae, originating in Indonesia, and with both culinary and medicinal uses.

In the Indonesian language, the greater galangal and lesser galangal are both called lengkuas or laos, while Kaempferia galanga is known as kencur. 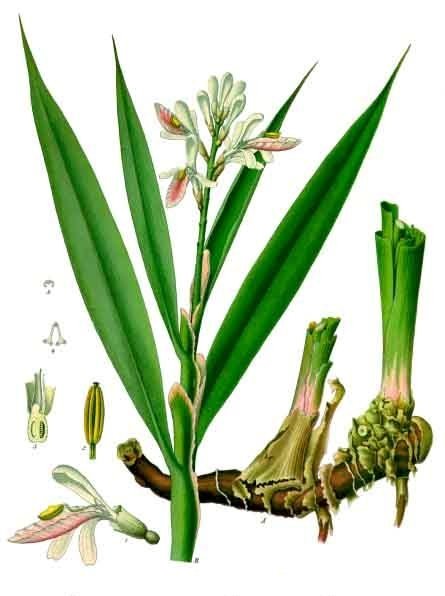 The word galangal, or its variant galanga, can refer in common usage to four plant species all in the Zingiberaceae (ginger) family:

Galangal is related to and resembles ginger. While ginger tastes a little like galangal, most cooks who use both rhizomes would never substitute one for the other and expect the same flavour.  In their raw form, galangals do not taste the same as common ginger.

The rhizomes are used in various Asian cuisines (for example in Thai and Lao tom yum and tom kha gai soups, Vietnamese Huế cuisine (tré) and throughout Indonesian cuisine, for example, in soto).

They are available as a whole rhizome, cut or powdered. The whole fresh rhizome is very hard, and slicing it requires a sharp knife.

A mixture of galangal and lime juice is used as a tonic in parts of Southeast Asia.