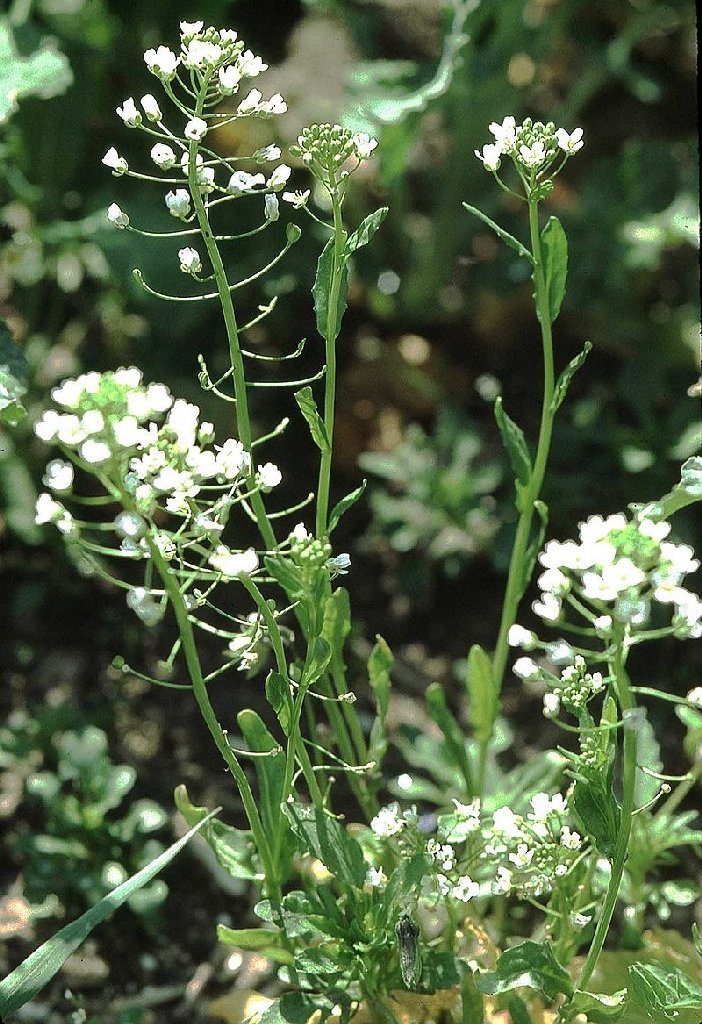 Thlaspi arvense, known by the common name field pennycress, is a foetid Eurasian plant having round flat pods and small rather pretty white flowers.

It belongs to the Brassicaceae family, but is also related to the Lepidium genus in the cabbage family.

Other common names include:

It can be eaten.  The field pennycress has a bitter taste; and is usually parboiled to remove the bitterness. This is mostly used in salads, sometimes in sandwich spreads. It is said to have a ‘distinctive flavour’.

Use as a source of biodiesel

Much of the research effort at the moment is being devoted to finding ways of making Pennycress an oilseed crop for production of renewable fuels. The species can be planted in the autumn, will germinate and form a vegetative mass which can overwinter and then in the spring, the oil-rich seed can be harvested and used as a biodiesel feedstock.

But this somewhat overlooks its medicinal value.  We have found an observation which shows that Pennycress, in combination with other plants, might help in Pancreatic cancer, one of the most difficult cancers to help.