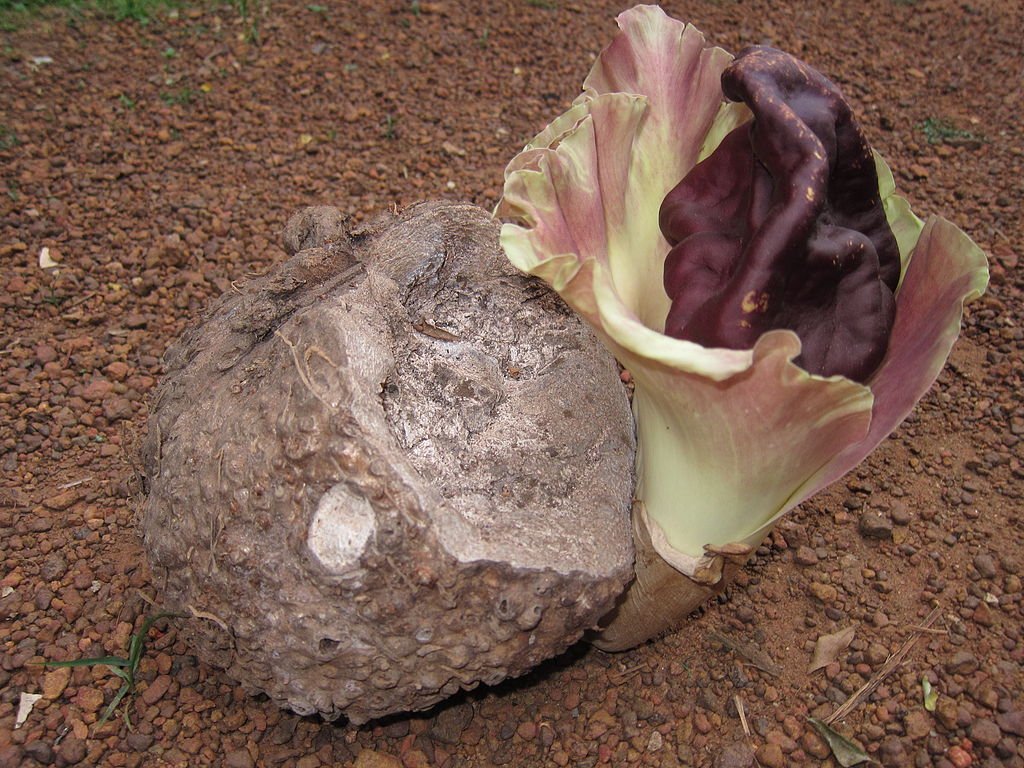 It is of Southeast Asian origin and grows in its wild form in India, Sri Lanka, the Philippines, Malaysia, Indonesia, and other Southeast Asian countries.  As a crop, it is grown primarily in Africa, South Asia, Southeast Asia and the tropical Pacific islands.

In India this species as a crop is grown mostly in Bihar, West Bengal, Kerala, Karnataka, Andhra Pradesh, Maharashtra and Orissa. In the Hindi belt of India it is popularly known as "oal" (ol (ওল) in Bengali, suran or jimikand in Hindi, senai kizhangu in Tamil, suvarna gedde in Kannada, chena (ചേന) in Malayalam, oluo in Oriya, kanda gadda in Telugu and kaene in Tulu. 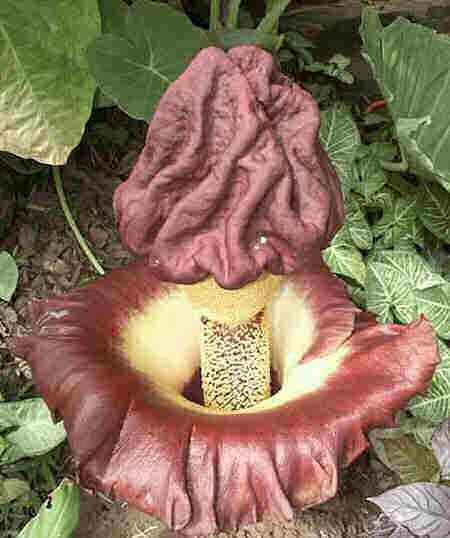 The plant is unlike any of the other yams and is somewhat incorrectly named as it belongs to a different family to most yams. Nevertheless, it is a popular vegetable in various cuisines, and it is the root that is eaten.  The plant itself  gives off a putrid smell. The pistillate (female) and staminate (male) flowers are on the same plant and are crowded in cylindrical masses.

The elephant-foot yam is widely used in Indian medicine and is recommended as a remedy in all three of the major Indian medicinal systems: Ayurveda, Siddha and Unani.  The corm is prescribed for bronchitis, asthma, abdominal pain, emesis, dysentery, enlargement of spleen, piles, elephantiasis, diseases due to vitiated blood, and rheumatic swellings. The Ayurvedic Pharmacopoeia of India also indicates the use of corm in prostatic hyperplasia.

In order that a comparison can be made between this and the other yams we have placed the observations under the general heading, in the food section, of yams. 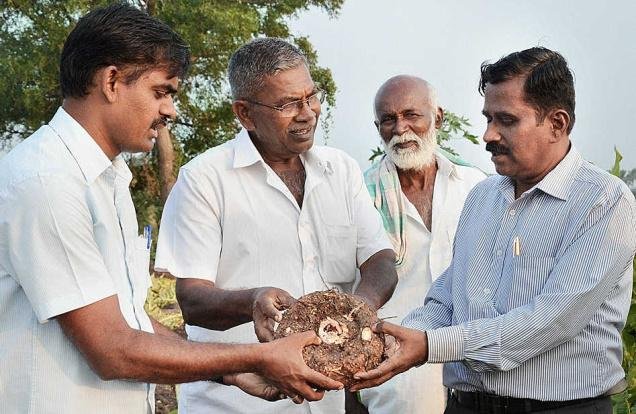