The curry tree (Murraya koenigii) is a tropical to sub-tropical tree in the family Rutaceae (the rue family, which includes rue, citrus, and satinwood), which is native to India and Sri Lanka.   It is known for its aromatic leaves often used in Indian cuisine

Often used in curries, the leaves are generally called by the name 'curry leaves', although they are also literally 'sweet neem leaves' in most Indian languages (as opposed to ordinary neem leaves which are very bitter and in the family Meliaceae, not Rutaceae).

The aromatic leaves are pinnate, with 11–21 leaflets, each leaflet 2–4 cm (0.79–1.57 in) long and 1–2 cm (0.39–0.79 in) broad. The plant produces small white flowers which can self-pollinate to produce small shiny-black drupes containing a single, large viable seed. Though the berry pulp is edible—with a sweet but medicinal flavour—in general, neither the pulp nor seed is used for culinary purposes.

The English term curry is of Indian origin: In Tamil, the most important South Indian language, the word kari [கறி] means soup or sauce; this is also the basis of the Tamil name for curry-leaves, kari­veppilai [கறிவேப்பிலை] which contains ilai [இலை] leaf.

Seeds must be ripe and fresh to plant; dried or shriveled fruits are not viable. One can plant the whole fruit, but it is best to remove the pulp before planting in potting mix that is kept moist but not wet.   Stem cuttings can be also used for propagation. 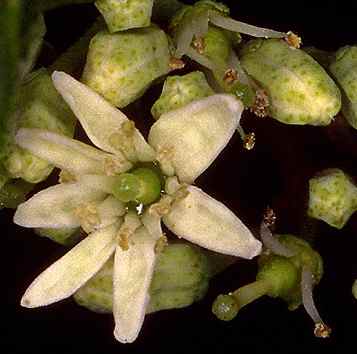 Curry leaves have long been used in traditional Ayuverdic Indian medicine and recent research by people such as Professor Peter Houghton of King''s College London have started to confirm that indeed the leaf may be able to help, for example, diabetics.  He said extracts from the curry-leaf tree appeared to restrict action of a digestive enzyme called pancreatic alpha-amylase .. The enzyme is involved in the breakdown of dietary starch to glucose.

But in the wider context, as you will see from the followng analysis, the leaves have an anti-bacterial and anti-viral action which may in the end prove more useful.  See also the observations.

To explore the diversity of the essential-oil yield and aroma profile of curry leaf, growing wild in foot and mid hills of north India, 58 populations were collected during spring season. M. koenigii populations were found to grow up to an altitude of 1487 m in north India.

Comparison of the present results with those in earlier reports revealed new chemotypes of M. koenigii in investigated populations from Western Himalaya. The present study documents M. koenigii populations having higher amounts of sabinene (3; up to 66.1%) for the first time.

The leaves are valued as seasoning in southern and west-coast Indian cooking, and Sri Lankan cooking, usually fried along with chopped onion in the first stage of the preparation. They are also used to make thoran, vada, rasam and kadhi.

They are also available dried, though the aroma is “largely inferior”.  We have not provided recipes for this very reason “Since curry leaves lose their delicate fragrance soon after drying, you should try to obtain them fresh; don’t waste your time with the dried stuff!” 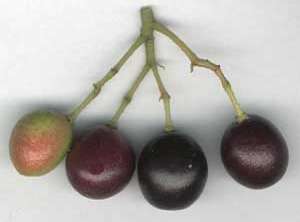