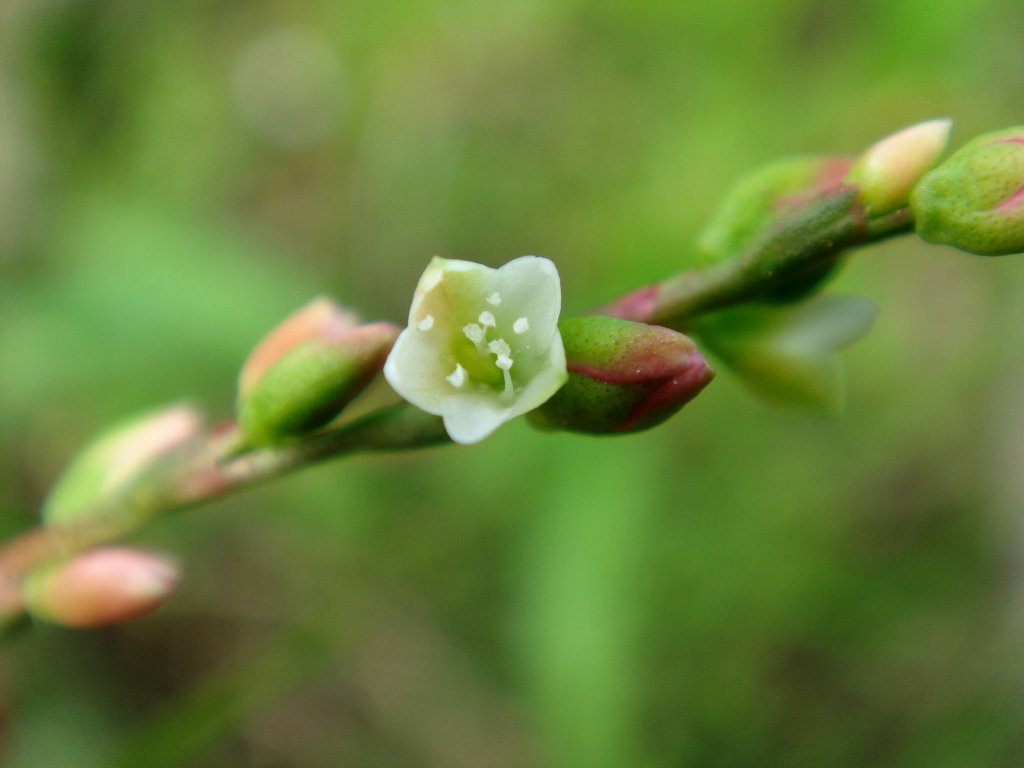 It is a widespread plant, found in Australia, New Zealand, temperate Asia, Europe, and North America.

Although it has some use as a spice because of its pungent flavour and indeed in Japan this plant's leaves are used as a vegetable, the real interest in the plant is medicinal. 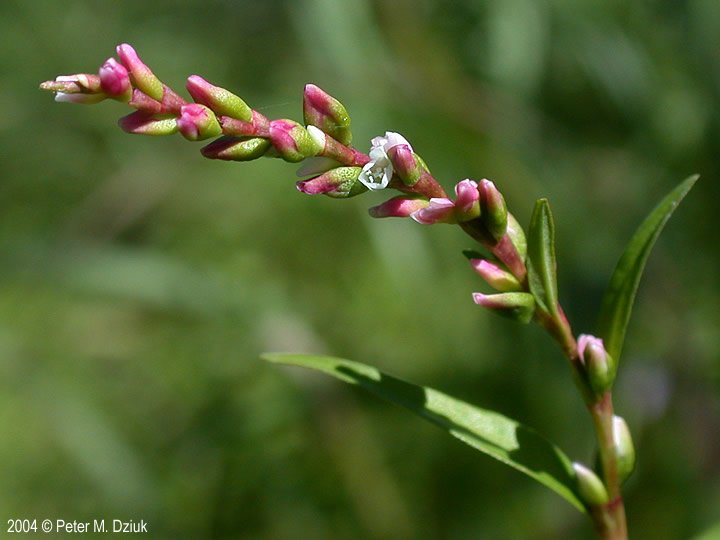 The leaves are alternate and almost stalkless. The leaf blades are narrowly ovate and have entire margins fringed by very short hairs. They are tapering with a blunt apex. Each leaf base has stipules which are fused into a stem-enclosing sheath that is loose and fringed at the upper end.

The inflorescence is a nodding spike. The perianth of each tiny flower consists of four or five segments, united near its green base and white or pink at the edges. There are six stamens, three fused carpels and three styles.

The fruit is a dark brown oval, flattened nut.

The culinary use of smartweed is based on a cultivar, not the wild type.  The young red sprouts are used as a sashimi garnish, and are known as beni-tade (紅蓼, red water pepper) and  the seeds of the water-pepper may be added to wasabi. The wild plant  has a far more pungent taste.  The analysis by Doctor Duke was made on the wild plant and it is unknown whether the medicinal properties were transferred to the cultivar.

Wikipedia
Wild waterpepper produces oils that cause skin irritation, and the many acids in its tissues, including formic acid, make the plant unpalatable to livestock. Though livestock do not eat the wild type, some insects do, giving rise to the Japanese saying Tade kū mushi mo suki zuki (蓼食う虫も好き好き?, Some insects eat water pepper and like it), which may be translated as “There is no accounting for taste.” or more narrowly “Some prefer nettles.”

But there again, nettles have considerable nutritional and medicinal value too.

We have provided the full anaysis from Dr Duke without any links to the activities he mentions.  A full analysis will be done later linking to the illnesses helped by the plant. 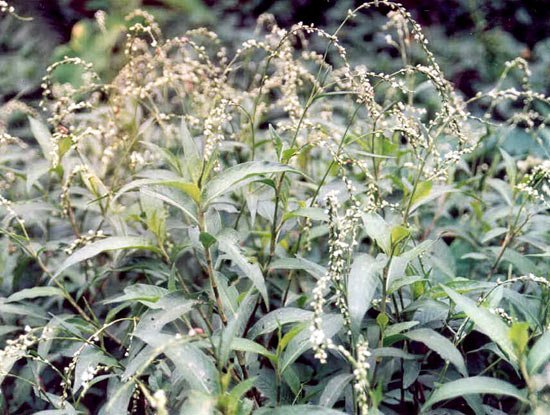