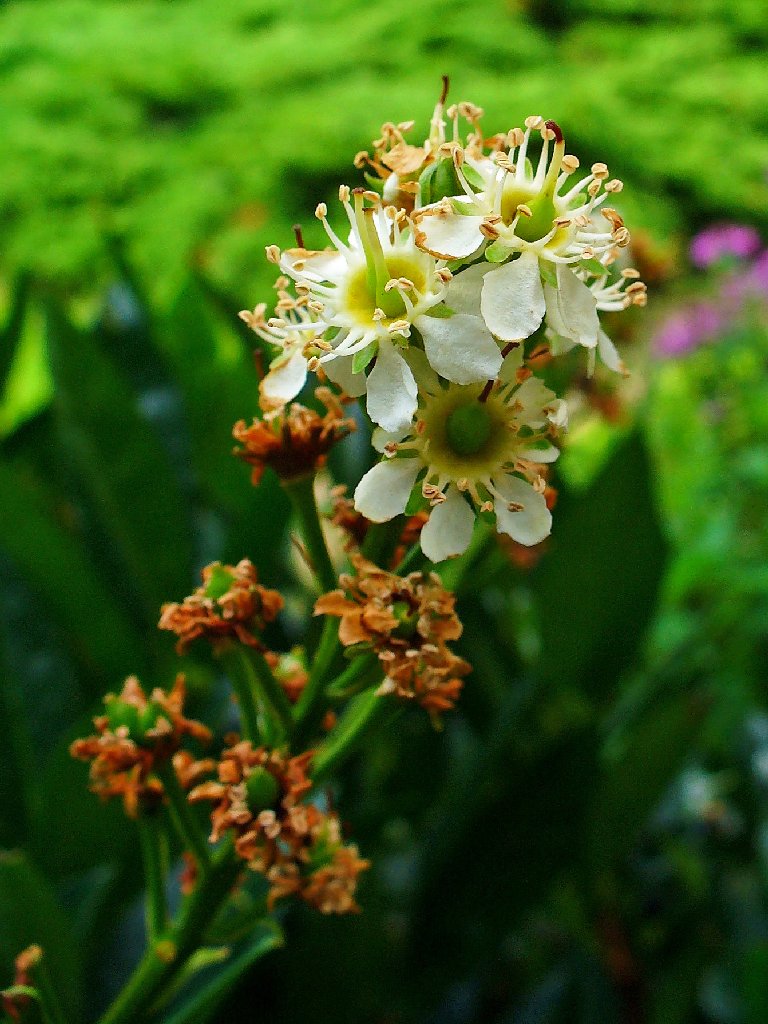 Prunus laurocerasus, also known as cherry laurel, common laurel and sometimes English laurel in North America, is an evergreen species of cherry (Prunus), native to regions bordering the Black Sea in southwestern Asia and southeastern Europe, from Albania and Bulgaria east through Turkey to the Caucasus Mountains and northern Iran.

The common names of P. laurocerasus refer to the similarity of foliage and appearance to bay laurel (Laurus nobilis, the true laurel, in the Lauraceae family), and like the bay laurel, Prunus laurocerasus was used for making laurel wreaths, but the two plants are unrelated. It is not to be confused with its American relative Prunus caroliniana, which is also called cherry laurel.