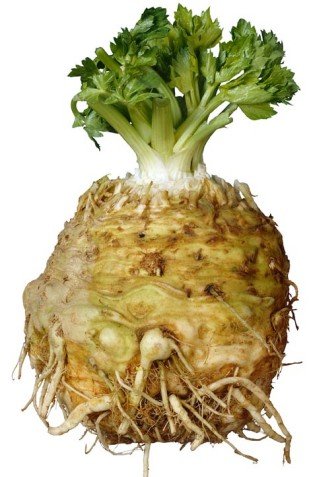 Although the shoots can be eaten, Celeriac is treated like a root vegetable.

It can be eaten raw or cooked, and tastes similar to the stalks (the upper part of the stem) of celery.

It is usually very knobbly and needs to be peeled, but it is very versatile.

It is delicious simply boiled with garlic and then added to mashed potato [with the garlic] and mashed in with butter. Celeriac can also be roasted, stewed, or blanched.

Sliced celeriac is also good in soups and casseroles.  It goes well with game of all sorts.  Sliced and steamed, it can be added to a cream sauce and served with venison and red berry compote, colourful and delicious. 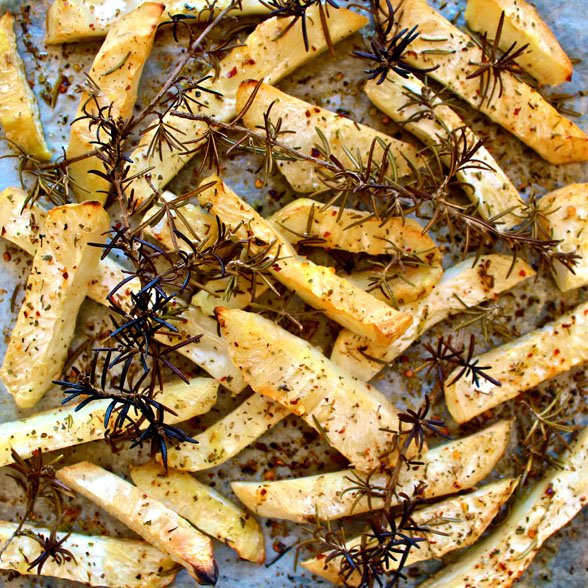 Typically, celeriac is harvested commercially when its root is 10–14 cm in diameter, however, a growing trend, specifically in Peruvian and South American cuisine, is to use the immature vegetable, valued for its intensity of flavour and tenderness overall.

According to Wikipedia “The leaves and stems of the vegetable are quite flavoursome, and aesthetically delicate and vibrant, which has led to their use as garnish in contemporary fine dining”.
So there you go.