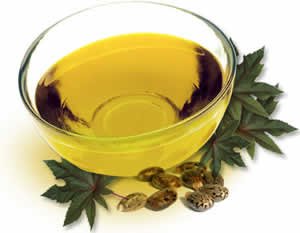 Castor oil is a vegetable oil obtained by pressing the seeds of the Castor plant (Ricinus communis). It is a colourless to very pale yellow liquid and is a triglyceride in which approximately 90 percent of fatty acid chains are ricinoleate. Oleate and linoleates are the other significant components.
And castor oil has healing properties.

Castor oil and its derivatives are “used in the manufacturing of soaps, lubricants, hydraulic and brake fluids, paints, dyes, coatings, inks, cold resistant plastics, waxes and polishes, nylon, pharmaceuticals and perfumes!” So an enormously useful plant. 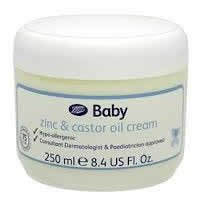 Vegetable oils, due to their good lubricity and biodegradability are attractive alternatives to petroleum-derived lubricants and Castor oil has better low temperature viscosity properties and high temperature lubrication than most vegetable oils, making it useful as a lubricant in jet, diesel, and race car engines.

Castor oil is also the preferred lubricant for bicycle pumps, most likely because it does not dissolve natural rubber seals. Castor oil can also be used as feedstock in the production of biodiesel. The resulting fuel is superior for cold winters, due to its 'exceptionally low cloud and pour points'.

Castor oil is theoretically edible and is used in the food industry in the USA to make some chocolate bars and sweets [which given its laxative effect is rather interesting]. I have found no European chocolate maker of good quality chocolate use it.  The following table showing the make-up of castor oil comes from Wikipedia 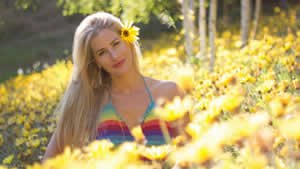 One should never ever consume a castor bean seed. The castor seed contains ricin, a toxic protein. Heating during the oil extraction process denatures and inactivates the protein. But even harvesting castor beans can cause permanent nerve damage.

Topical application - Castor oil appears to be a good anti-fungal agent as in India, Pakistan, Nepal and Bangladesh, food grains are preserved by applying castor oil. It stops rice, wheat, and pulses from rotting.

Its anti-fungal properties are used in pharmaceuticals for application to the skin and one wonders at times whether it is not the castor oil that is not the most effective part of the preparation.

Xenaderm ointment, for example, a topical treatment for skin ulcers, is a combination of Balsam of Peru, castor oil, and trypsin. It is also found in combination with acetic acid [vinegar] and a drug to help with thrush. There are claims from some healers that it can help with skin cancer. Scientists have poopooed this, but one can see that if the cancer is caused by a fungus [which in some cases it is], this claim might be justified.

As a child, and indeed now, the main ointment used by Mums in the UK for skin problems was zinc and castor oil ointment.  It was soothing and healing from what I remember and helped my brother's ezcema by soothing the intense itching caused by all the lesions.  Ezcema can be a fungal infection, as such the combination of an antifungal and zinc is not a bad choice.  Mums know best.

WARNING:  I have noticed that the zinc and castor oil ointment they now sell in chemists like Boots contains peanut oil.  They claim it does not cause allergic reactions, but it would seem to me that the danger of developing an allergy given its use in nappy rash etc exists.  If you can find 'old formula' ointment, use this.

Ingestion - The United States Food and Drug Administration (FDA) has categorized castor oil as "generally recognized as safe and effective" (GRASE) for over-the-counter use as a laxative with 'its major site of action the small intestine where it is digested into Ricinoleic acid'. So effective is castor oil in this respect that it has been used as a form of torture with people in Fascist Italy and Spain being force fed it. For this reason Castor oil does not have a very good name in these countries. Personally I am a little dubious about the use of castor oil internally simply because there are better ways of achieving a laxative action than using an antifungal oil used to lubricate bicycle pumps!