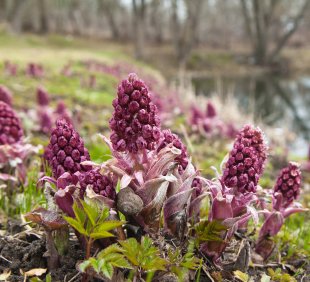 Petasites is closely related to the genera Tussilago and Senecio – the Coltsfoots and they are sometimes called, rather confusingly, by the name Coltsfoot.

It has been called a ‘pernicious weed’ as no other vegetation can live where these plants grow, for its very large leaves exclude light and air from all beneath.  This said, however, the Butterburs have a long history of being used medicinally.  They have been used for over 2000 years to treat a variety of ailments including fever, lung disease, spasms, and pain.  In Germany an old name for the plant was Pestilenzenwurt, not meaning the plant was provocative of pestilence, but as an indication of its value as a remedy in time of such calamity (Henslow).  Anne Pratt says the former name of this plant was the 'plague-flower,' as it gained a successful reputation among the few remedies during the time of that malady. Lyte, in his Herbal, 1578, calls it 'a soveraigne medicine against the plague'.  So one man’s weed is another man’s life saver. 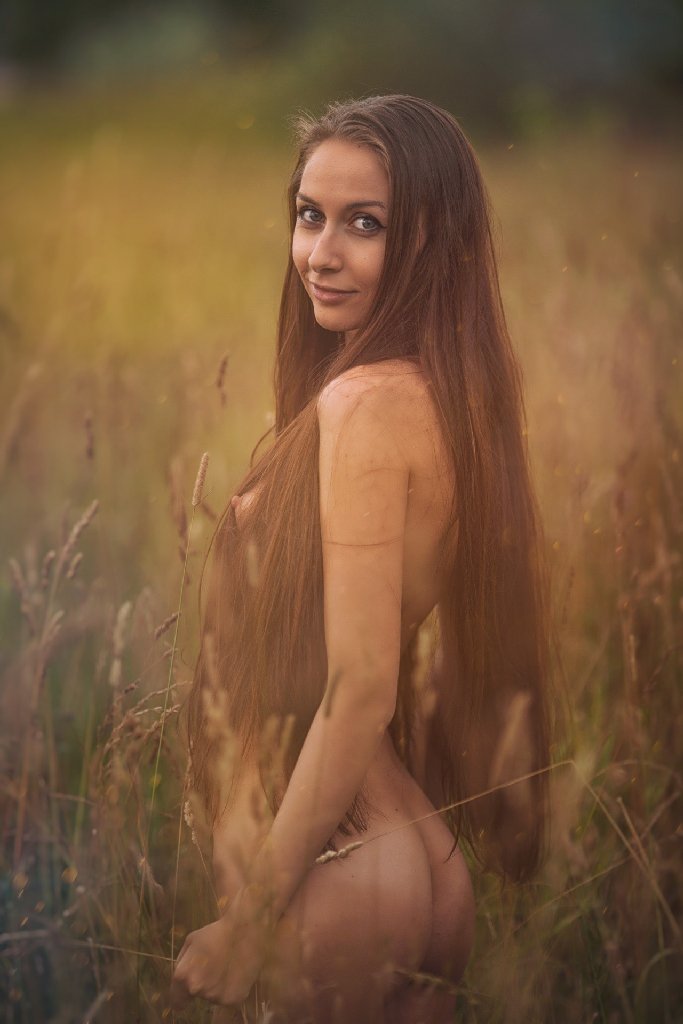 Furthermore, to a beekeeper they are a godsend. As Hooker said
“The early flowering of this rank weed, induces the Swedish farmers to plant it near their beehives. Thus we see in our gardens the bees assembled on its affinities, P. alba and P. fragrans, at a season when scarcely any other flowers are expanded.”

Finally, the seeds in some parts of the UK have been used for love divination.

'The seeds of butterdock must be sowed by a young unmarried woman half an hour before sunrise on a Friday morning, in a lonesome place. She must strew the seeds gradually on the grass, saying these words:
I sow, I sow!
Then, my own dear,
Come here, come here,
And mow and mow!
The seed being scattered, she will see her future husband mowing with a scythe at a short distance from her. She must not be frightened, for if she says, "Have mercy on me," he will immediately vanish! This method is said to be infallible, but it is looked upon as a bold, desperate, and presumptuous undertaking!' 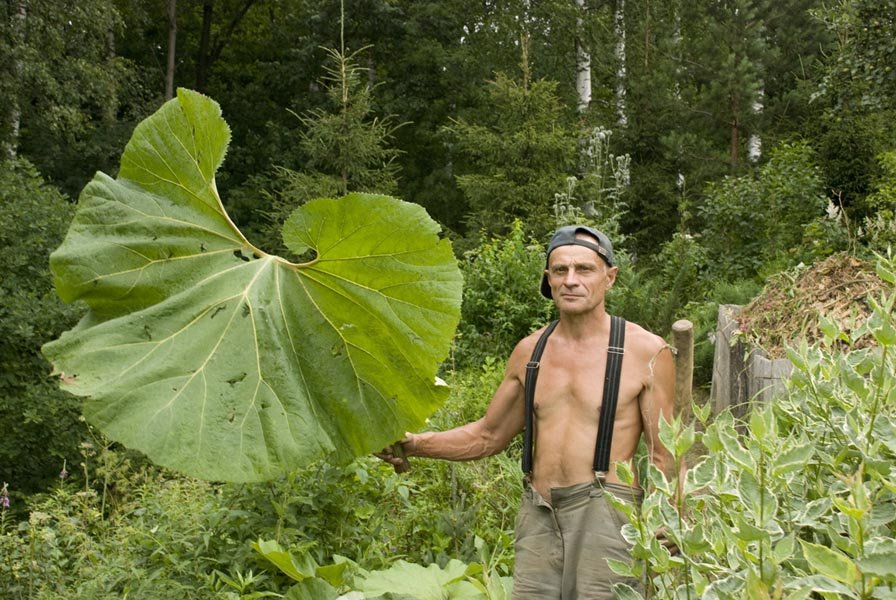 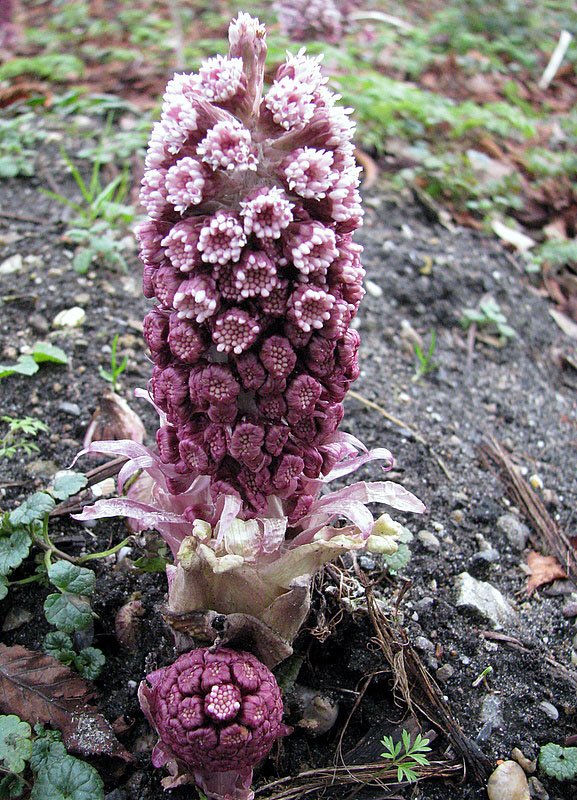 The genus is widely distributed.  Butterbur can be found in parts of Asia such as Korea, China, and Japan, as well as Europe and North America. They prefer moist environments such as riverbanks, marshes and ditches.  The following list shows the distribution of each of the accepted species: 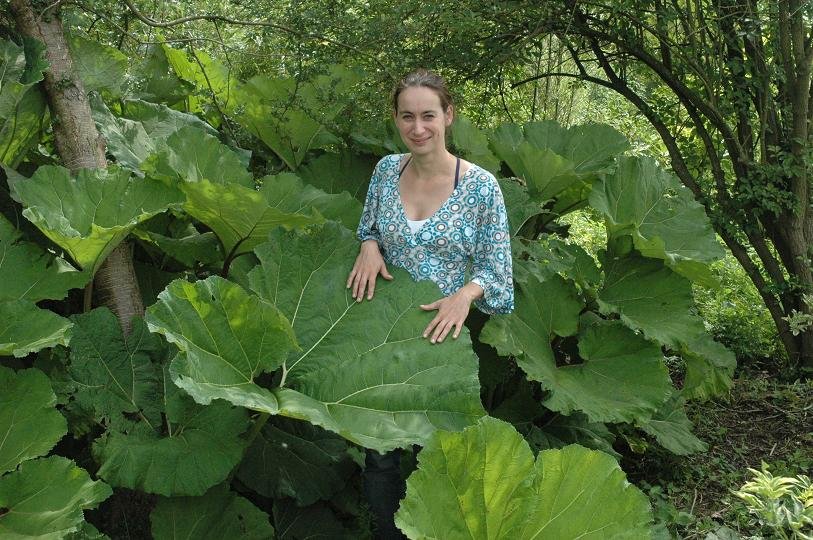 Butterburs are perennial plants with thick, creeping underground rhizomes and large rhubarb-like leaves during the growing season.  The short spikes of flowers are produced just before the leaves.  The leaves can grow to over 2 feet in width and under its ample foliage, ‘the poultry in farm meadows, shelter themselves from the rain, or find a cool retreat from the noonday sun’.

Mrs Grieve
Butterbur has a fleshy, stout root-stock, extensively creeping, which, like the Coltsfoot, sends up the flowers before the leaves appear. The flower-heads are, however, not produced singly, on separate stalks, but in crowned clusters in a dense spike, with many bracts interspersed, at the summit of a round, thick flower-stalk, 4 inches to a little over a foot in height, which first appears at the end of February or beginning of March, and is generally of a purplish hue.

In April, as the flowers begin to decay, the leaves appear. They are on stout hollowed channelled foot-stalks, and when full grown very large - the largest leaves of any plant in Great Britain - the blade sometimes attaining 3 feet in diameter. It is roundish, heart shaped at the base, scalloped at the edges, with the portion between the projections finely toothed. The leaves are white and cobwebby with down both above and below when young, but when mature, most of the covering disappears from the upper surface though the leaves still remain grey and more or less downy beneath. 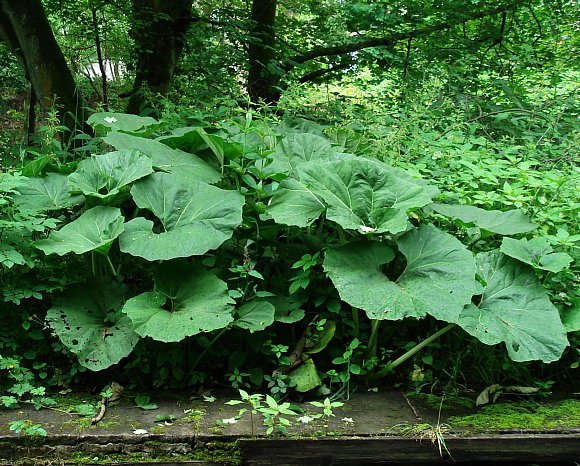 The only part of this plant used by traditional medicine was the rhizome, or root-stock which is blackish on the outside and whitish internally, and has a bitter and unpleasant taste, due to the resinous, bitter juice it contains.

It is essential that one understands that the chemical make-up and thus the medicinal action is different for each species.  To blithely say that Butterbur helps with the herpes virus [which some varieties do] is of little use, because some don’t.  Furthermore the action exerted by the Butterburs is occasionally by a chemical like Quercertin – which is found in numerous plants – numerous plants, and thus does not require you to dig up Butterbur and suffer the taste of its root.

Butterbur root, in Europe,  was traditionally and medicinally employed as a heart stimulant, acting both as a 'cardiac tonic' and also as a diuretic. It was also used as a remedy in fevers, asthma, colds and urinary complaints, a decoction being taken warm in wineglassful doses.  Much of the action of the plant appears to be via anti-bacterial, anti-viral and anti-parasitic activity, which means it is treating the cause and not the symptoms of disease – a true healing medicine.  But its action is quite severe and it was traditionally a true medicine – for one-off short course of treatment and certainly not for regular use. 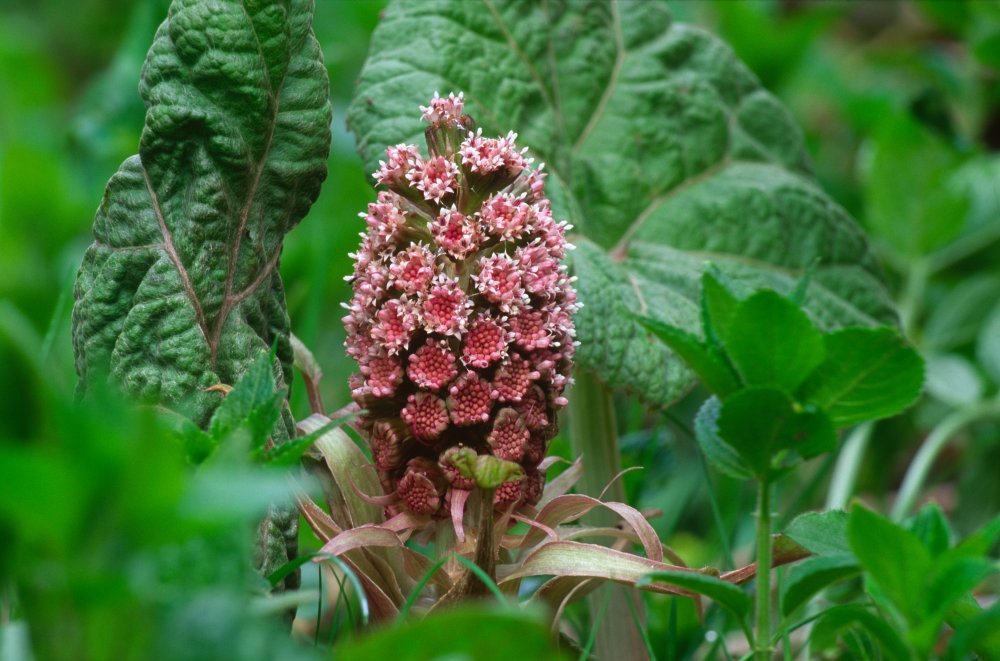 Butterbur is also used as a  homoeopathic remedies for severe and obstinate neuralgia in the small of the back and the loins, a medicinal tincture being prepared in each case.

I urge you to go to Dr Duke’s phytochemical database and type in Butterbur and you will see that Petasites hybridus, for example, contains at least 44 chemicals and has about 290 activities.

Wikipedia
Some butterbur species contain the chemicals petasin and isopetasin which are believed to have potential benefits in treating migraines.  Butterbur extracts have been reported to be effective in reducing frequency and severity of migraine headaches.  Several double-blind studies have shown that high doses of Petasites hybridus extract, containing petasin and/or isopetasin, are effective both in preventing and in relieving migraine, with the best results in groups taking the higher dose of the supplement.  Although mainly well-tolerated, the adverse effects of butterbur reported in clinical trials include mainly gastrointestinal problems, such as nausea, flatulence, and belching.

The American Academy of Neurology and American Headache Society now endorse butterbur for preventing migraine headaches with a Level A recommendation (based on at least two strong clinical trials).  Furthermore, the Canadian Headache Society supports a strong recommendation for use of butterbur in prevention of migraines for select patients based on their clinical features and co-existing disorders.

If we now turn to Dr Duke’s analysis and look at the activity for Petasin we find that it is an antispasmodic.  It is thus being used as symptom based medicine not cause based medicine, which goes against the whole ethos of healing.

From this one assumes that the relief from the migraine is due to the vasodilatory effect.  Vitamin C is a vasodilator, you might just as easily have an orange and a plate of leafy green vegetables and save yourself the gastrointestinal problems which are due to the poisoning caused by the antifeedant and pesticide activity of the chemicals.

To evaluate the clinical efficacy of a standardized special root extract from the plant Petasites hybridus as a preventive therapy for migraine….. This is a three-arm, parallel-group, randomized trial comparing Petasites extract 75 mg bid, Petasites extract 50 mg bid, or placebo bid in 245 patients with migraine. Eligible patients met International Headache Society criteria for migraine, were ages 18 to 65, and had at least two to six attacks per month over the preceding 3 months. …….. The most frequently reported adverse reactions considered possibly related to treatment were mild gastrointestinal events, predominantly burping…….  Petasites extract 75 mg bid is more effective than placebo and is well tolerated as a preventive therapy for migraine. Petasites 50 mg PO bid was not significantly more effective than placebo on the primary study endpoints.  PMID:  15623680

At times I despair. 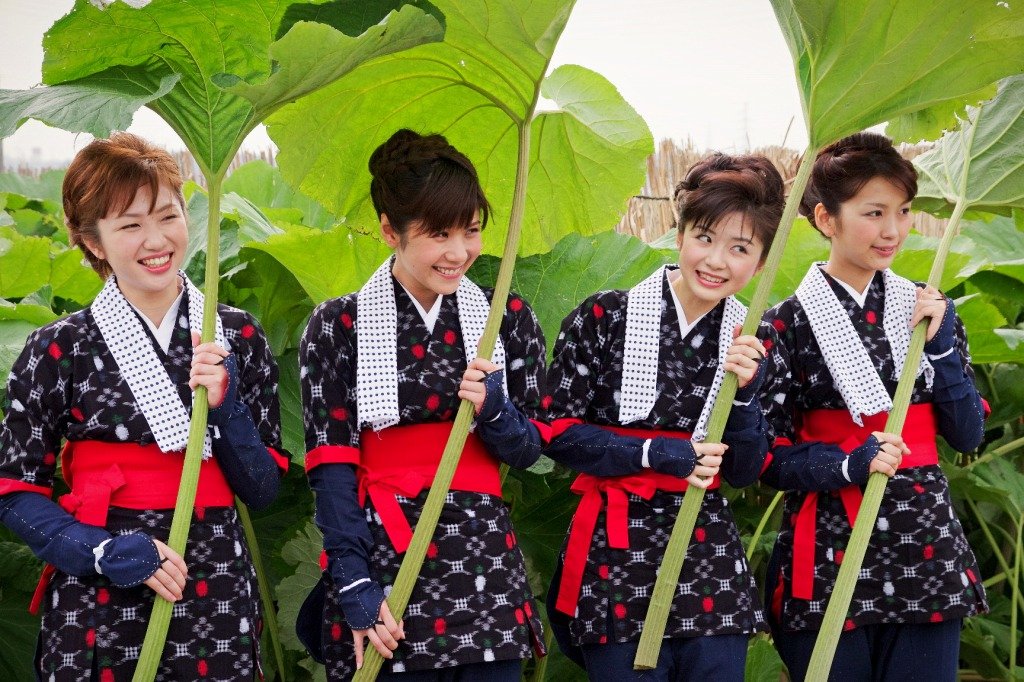